The UK is experiencing its warmest February day on record, with the Met Office reporting a temperature of 20.6C (69.08F) at Trawsgoed, Ceredigion.

It is the first time a temperature of over 20C has been recorded in winter. 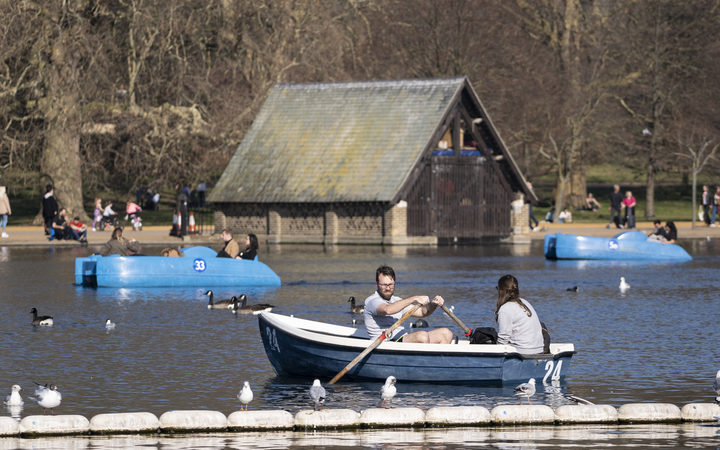 Boating on the Serpentine in Hyde Park in central London. Photo: AFP

It breaks the UK's record for February, set when the temperature reached 19.7C in Greenwich in 1998.

A new English record has also been set with temperatures rising to 20.1C in Hampton Water Works, in south-west London.

The reason temperatures have been so high is the direction our the is coming from.

High pressure parked to the south east of the British Isles has been dragging warm air from Africa and the Canary Islands the UK's way.

Temperatures are further boosted by something known as the foehn effect, when air warms as it flows down the lee side of mountains.

All of this combined with the sunshine has produced something quite remarkable for February.

The record UK temperature for a February day was broken in five different locations on Monday: 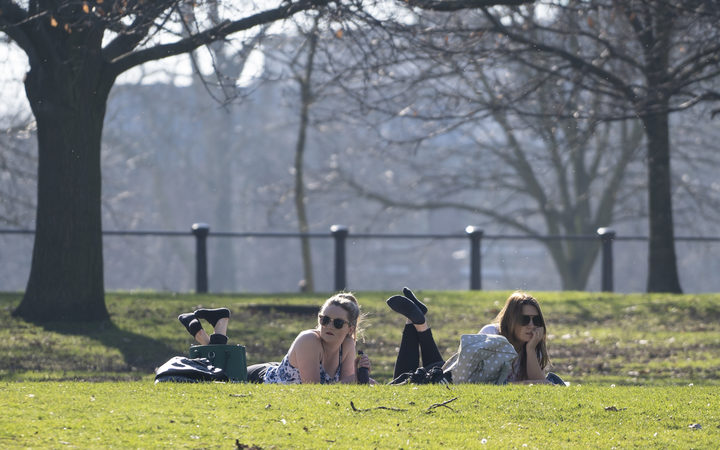 Caroline Lucas, the former leader of the UK's Green Party, suggested the warm weather is linked to climate change.

"I like spending an afternoon in the sunshine as much as anyone, but it's impossible to shake the feeling that this isn't right," she said.

"Temperatures are twice what they would normally be at this time of year.

"Imagine if this was the summer and the temperature was twice what it would normally be, and you really begin to get an idea of how serious this problem could be."

The Met Office view is that no single heatwave, storm or flood can be directly connected to global warming.

"We've had the warmest day of winter on record," says spokesman Grahame Madge, "and it does fit a pattern of warming.

"But it would be simplistic to link this to climate change until a study has been carried out."

Previous research has shown how the odds of particular weather events - like last summer's heatwave - have been made more likely because of the increasing levels of carbon dioxide and other greenhouse gases heating up the atmosphere, the BBC reports.

Met Office analysis of temperatures shows that British winters have become slightly milder over the past half century, a trend set to continue.

Darren Tansley, a mammal ecologist at Essex Wildlife Trust, said the unseasonably warm weather could have a detrimental effect on hibernating species, such as dormice, hedgehogs and bats.

"They could be coming out of hibernation too early, which means they're active at a time when really they should be reserving their body fat to get over the slack food period."

He also said these species could be looking for food that was not abundant at this time of year.