It was described in 2016 as the first mammalian extinction caused by human-induced climate change. 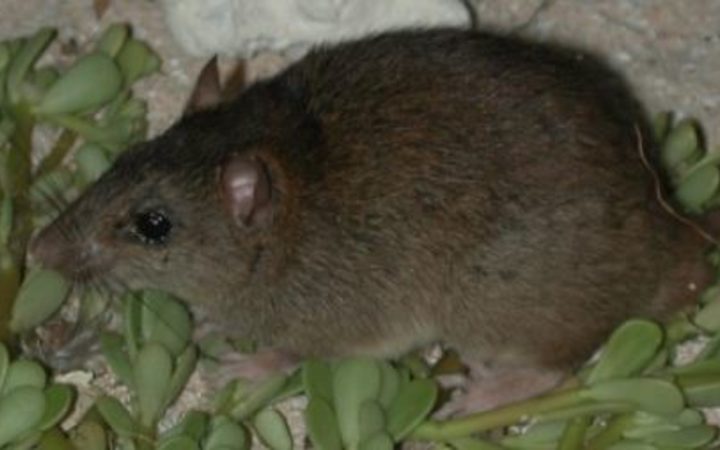 The Bramble Cay melomys has been officially recognised by Australia as extinct. Photo: University of Queensland

Now, the extinction of the Bramble Cay melomys has been officially recognised by Australia, its only known home.

The rodent lived solely on a tiny sand island in the Torres Strait, near the coast of Papua New Guinea (PNG). The species has not been seen since 2009.

Scientists said there was a chance that an identical or similar species could yet be discovered in PNG.

But they were uncertain because PNG's nearby Key River region has been little documented by research.

Australia had one of the world's highest rates of animal extinction, the International Union for Conservation of Nature said.

The Australian government's decision to list the species as extinct came after the Queensland state government made an identical determination in 2016.

It added: "Significantly, this probably represents the first recorded mammalian extinction due to anthropogenic climate change."

The loss of an animal that was hardly known in the public mind has generated sadness in Australia and abroad.

"The Bramble Cay melomys was a little brown rat," said Tim Beshara, a spokesman for advocacy group The Wilderness Society.

"But it was our little brown rat and it was our responsibility to make sure it persisted. And we failed."

The Sydney Morning Herald reported that Australian scientists had found no trace of the animal in recent surveys of Bramble Cay, an island of just five hectares.

A 2008 "recovery plan" had downplayed the risks to its survival, the newspaper reported.

The current government, in office since 2013, has frequently defended its environmental efforts - citing a $AU425m investment in threatened species programmes, among other efforts.

But it has also been heavily criticised by conservation groups for not providing greater funding, or additional policies.

Australia is rare among developed countries because it is described as mega-diverse, but experts warn that biodiversity is under threat from environmental upheaval.

The nation is not on track to meet its commitment of reducing emissions by 26-28 percent on 2005 levels by 2030, according to the most recent government data.