Civilians have been evacuated from the last village in Syria still held by the Islamic State (IS) group. 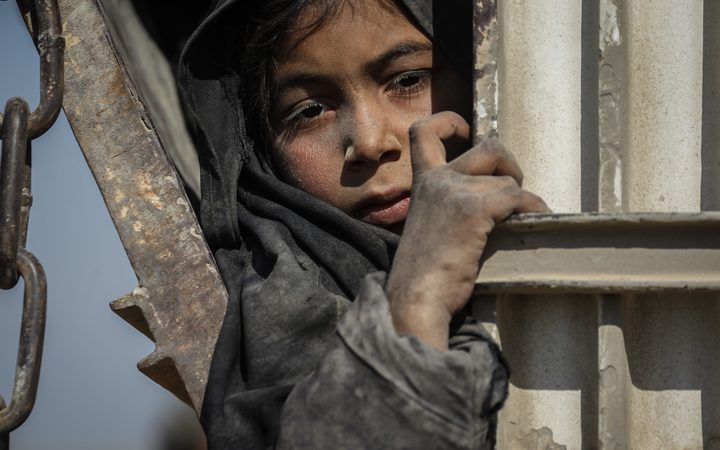 A girl looks out of one of the trucks in a convoy leaving the last area held by the group. Photo: AFP

At least 15 lorries carrying men, women and children were seen leaving Baghuz, near the Iraqi border, where 200 families were reportedly trapped.

The US-backed Syrian Democratic Forces (SDF) alliance, which is besieging the area, said it did not yet know if any IS fighters were among the passengers.

There have been conflicting reports about the state of the operation.

The UK-based Syrian Observatory for Human Rights told the BBC it believed all the civilians and militants who were in Baghuz had left.

The monitoring group cited its sources as saying the militants had agreed to surrender following extensive negotiations with SDF.

However, the US-led Global Coalition to Defeat IS says it cannot verify reports about militants surrendering.

On Twitter, it said the SDF were continuing to evacuate civilians and that the "most hardened" fighters remained within Baghuz.

On Tuesday, the UN expressed concern about the fate of some 200 families reportedly trapped in the area.

Human rights chief Michelle Bachelet said they were apparently being actively prevented from leaving by IS and continued to be subjected to intense bombardment by SDF and US-led coalition forces.

A convoy of about 50 lorries arrived on the outskirts of Baghuz after Ms Bachelet spoke. But none of them had departed by nightfall, Reuters news agency reported. 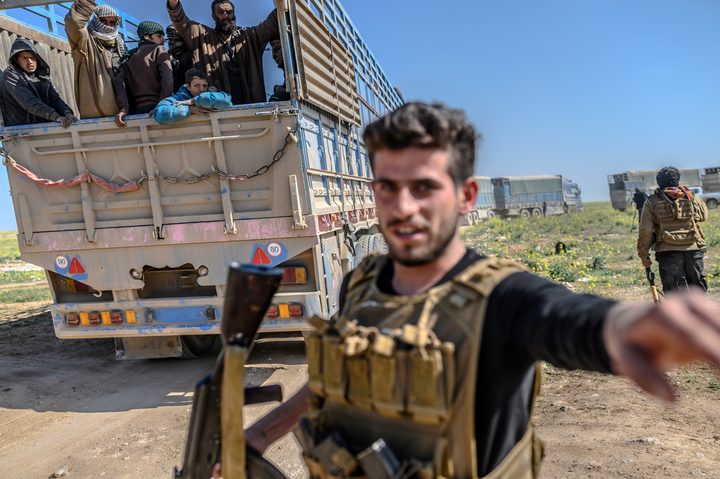 A member of the Kurdish-led Syrian Democratic Forces (SDF) monitors trucks leaving Baghuz. The SDF and the US-led Global Coalition to Defeat IS say they cannot verify reports that militants who surrendered were among passengers of the 15 trucks. Photo: AFP

US-led coalition aircraft reportedly carried out two strikes in the area before the first lorries left on Wednesday.

"We have special forces working on the evacuation of civilians. After many days of trying, we were able to evacuate the first batch today," SDF spokesman Mustafa Bali told AFP news agency.

Mr Bali said he did not know how many people were being brought out, or whether they included any IS militants, but that it would become clear once the lorries reached a nearby SDF screening point.

"There are still civilians inside [Baghuz]," he added.

On Tuesday, the SDF said that its fighters would attack the IS pocket once it had evacuated all the civilians who wanted to leave. The militants, it warned, had only two options - surrender or die.

Some 20,000 civilians who have fled Baghuz in recent weeks have been taken by the SDF to a makeshift camp for displaced people at al-Hol, in Hassakeh province.

Among them are the wives and children of IS militants and many foreign nationals, including the British teenager Shamima Begum, who was 15 when she ran away from her home to join IS four years ago.

Ms Begum, who has just given birth to a son, has said she wants to return to the UK. But the government wants to revoke her British citizenship - a decision she called "unjust".

Five years ago, IS controlled 88,000 sq km (34,000 sq miles) of territory stretching from western Syria to eastern Iraq. It proclaimed the creation of a "caliphate", imposing its brutal rule on almost eight million people and generating billions of dollars from oil, extortion, robbery and kidnapping.

Now, an estimated 300 militants are holed up inside about 0.5 sq km of land.