First, there was the supermoon. Then we had the "extra" supermoon, the super blue blood moon and the super blood wolf moon. 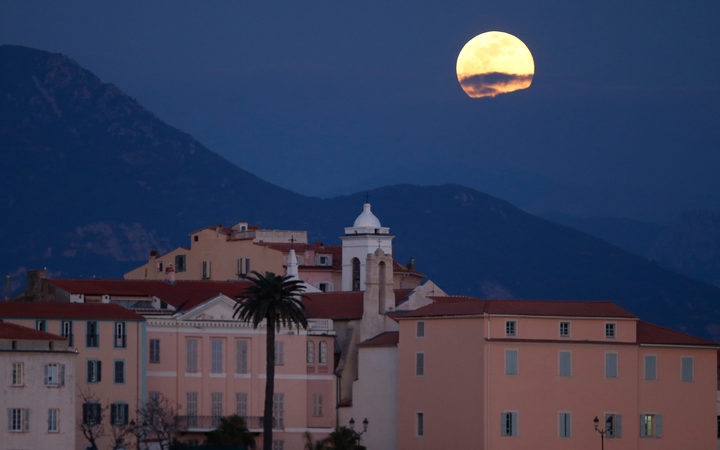 A 'Super Snow Moon' rise over Ajaccio on the French Mediterranean island of Corsica, on 19 February 2019. Photo: AFP

Last night, the world was treated to a super snow moon, which was expected to be the biggest supermoon of the year.

According to NASA, the term snow moon or "hunger moon" was coined by Native American tribes in the United States for the second full moon of winter.

But does this mean it's a once-in-a-lifetime event? And what's with all these different supermoons?

According to astrophysicist Neil deGrasse Tyson they are, but Dr Tucker doesn't think it's as bad as that.

FYI: The very concept of a Super Moon is an embarrassment to everything else we call super: Supernova, Supercollider, Superman, Super Mario Bros.

He admitted there was a bit of hype around supermoons, but at the end of the day, it was still a good way of getting people excited about the moon.

"Yes, maybe it's not as super as you might have imagined but in my mind, it gets people thinking about the moon and looking at it," Dr Tucker said.

"People are always fascinated by the moon because it's one of those things you can look at and appreciate and on the other hand, there's a lot of historical ties to the moon, like we just had Lunar New Year for instance, which is tied to the moon.

"So I think [the hype] is a bit of a mixture between history and people loving the moon and people also wanting an excuse to go and look up at the skies."

Is a supermoon really bigger than a normal full moon?

Technically it does appear bigger, but the average person could not really tell the difference.

"If you were to have a picture of your big, bright supermoon and a normal moon, it would look bigger and brighter if you're able to compare them," Dr Tucker said.

"But you're not going to be able to go out on the night and say 'whoa, what is going on with the moon?'."

That's because supermoons, or a perigee moon, occur when the Moon is at its closest approach to Earth and looks about 15 per cent bigger and up to 30 per cent brighter than a full moon at apogee (when the Moon is furthest away from the Earth). 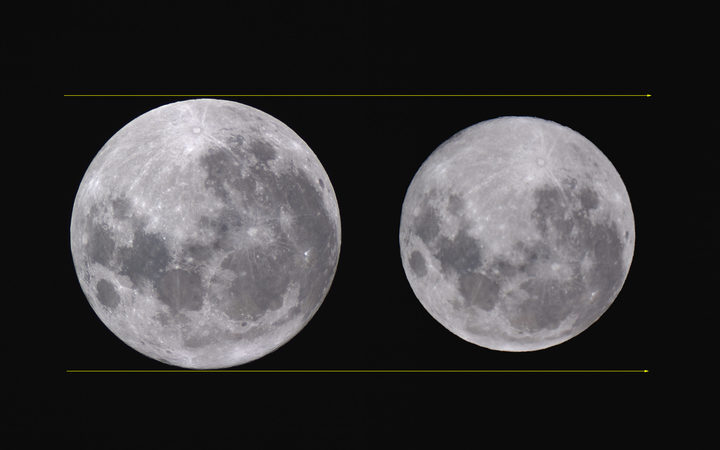 So why has it become such a big deal?

Dr Tucker said the supermoon had always been around, but it only really became a "thing" in the past five to 10 years.

"I think 15 to 20 years ago no-one really cared but I think one time, the story popped up and people liked it and people like to go see it," he said.

But things like lunar eclipses were rare, so events like the super blood wolf moon could live up to the hype, he said.

"I think there is always a competition of adding another name to make it special or creative, so I think it's trying to find that right balance of over-hype and saying 'hey, if you're interested in the moon, go and check this thing out'," he said.

He suggested having a look at other features of the night sky, like planets or the International Space Station.

"So you can go and check out the moon and then you could look around and see what looks like a star but it's moving fast across the sky and you can think to yourself 'there are people looking down on me,'" Dr Tucker said.

"Or pretty much every night right now if you wake up really early, you can go out and see Jupiter, Saturn and Venus in the eastern sky right before sunrise.

"You can't necessarily see the detail but you can see them with your own eyes."