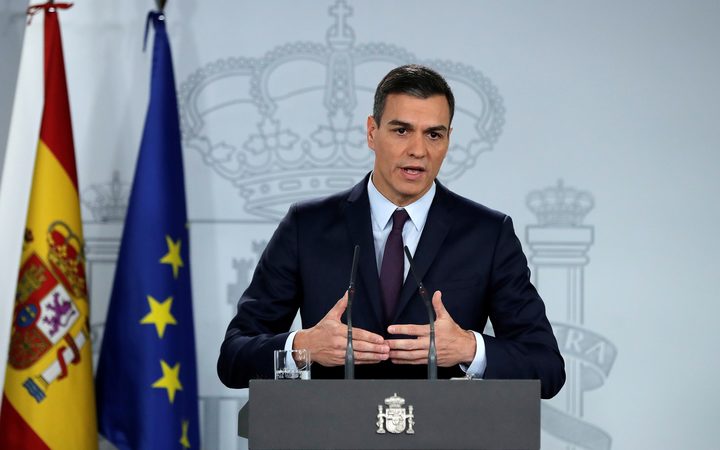 Opinion polls suggest that no single party would win a clear majority. But conservatives and the far-right Vox party are expected to do well.

The Catalan crisis is still simmering.

Divisions were highlighted on Tuesday, when 12 Catalan separatist leaders and activists went on trial accused of rebellion and sedition over their unrecognised independence referendum in 2017.

The Socialists (PSOE) have 84 seats in the 350-seat lower house (Congress of Deputies), and their main allies, anti-austerity Podemos, have 67. But the biggest party is the conservative opposition Popular Party (PP), with 134.

In his announcement, Mr Sánchez complained that the right-wing parties - the PP and Ciudadanos - had blocked numerous bills in parliament, including important measures to reduce inequality.

Is this snap election unusual for Spain?

Yes. Since the return of Spanish democracy, with the death of fascist dictator Francisco Franco in 1975, it is only the second time that a government's budget bill has been defeated in parliament.

The previous occasion was in 1995, when the Socialists under Felipe González were forced to call an election.