Officials in north-west Nigeria have reported the discovery of the bodies of 66 people, 22 of them children and 12 women, killed by "criminal elements". 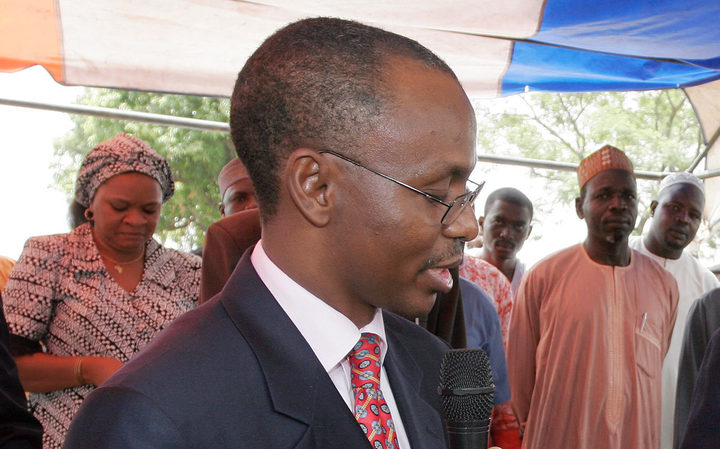 Kaduna state governor Nasir El-Rufai says arrests have been made over the discovery of 66 bodies in Nigeria. Photo: STEPHEN JAFFE / IMF / AFP

The victims were found in eight villages in the Kujuru area of Kaduna state, the state government said.

He called on communities to avoid reprisal attacks, but did not identify suspects or give reasons for the killings.

Four injured people were rescued by security forces and are receiving medical attention, the authorities said.

The discovery was reported just one day before the country goes to the polls for an election.

President Muhammadu Buhari, 76, is seeking another term as leader in the ballot.

The BBC's Africa Security Correspondent, Tomi Oladipo, reports that trouble may have started in the area earlier this week, but news may have been to slow to filter out because of the remoteness of the settlements involved.

"The killings are being investigated and residents are assured that indicted persons will be prosecuted," a state government statement said.

Police have not yet confirmed details about any motive for the killings, or information about the victims.

However, the AFP news agency reports the deaths may have stemmed from religious clashes.

Maisamari Dio, a leader of the ethnic Christian Adara community, alleged ethnic Fulani Muslims had attacked a village on Sunday.

Since, he says, there have been reprisal attacks.

"The people found by the Kaduna state government today were likely those killed (by the Fulani) and some Adara, a mix, but I am not sure of the extent," he told the news agency.