The New York red carpet opening of Liam Neeson's latest film has been cancelled amid a row over his comments that he once wanted to kill a random black man after a friend was raped. 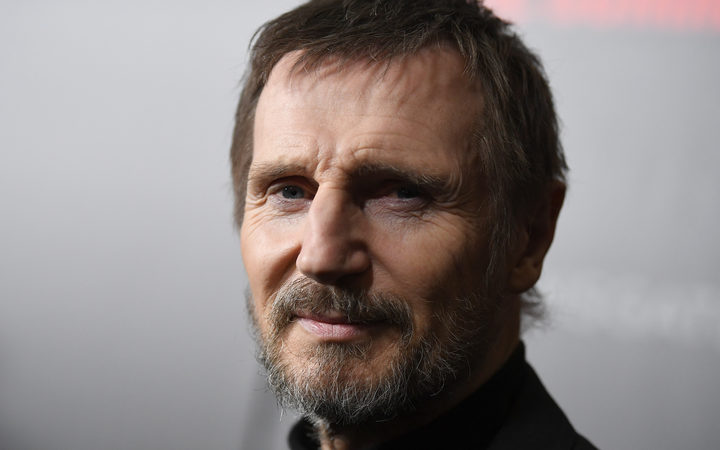 Reporters were told the event for Cold Pursuit was being pulled two hours before it was scheduled to happen.

Neeson has denied he is racist but the remarks, published by The Independent on Monday, sparked an outcry.

He said he had wanted to start a wider conversation about racism.

Organisers of the red carpet event said there would be no photographs or interviews at the New York City showing.

What exactly did Neeson say?

He had been speaking to promote Cold Pursuit, a revenge thriller.

He said the alleged rape took place a long time ago and he found out about it when he came back from a trip abroad. The actor went on to use racially offensive language about the attacker.

He said: "She handled the situation of the rape in the most extraordinary way.

"But my immediate reaction was... I asked, did she know who it was? No. What colour were they? She said it was a black person.

"I went up and down areas with a cosh, hoping I'd be approached by somebody - I'm ashamed to say that - and I did it for maybe a week, hoping some [uses air quotes with fingers] 'black bastard' would come out of a pub and have a go at me about something, you know? So that I could kill him."

How did he later respond?

Asked what he wanted people to take from his experience, he told the host: "To talk. To open up.

"We all pretend we're all politically correct in this country ... in mine, too. You sometimes just scratch the surface and you discover this racism and bigotry and it's there."

He said learning of his friend's rape about 40 years ago - she has since died - gave him a "primal urge to lash out".

The actor said he "went out deliberately into black areas in the city looking to be set upon so that I could unleash physical violence".

He said he would have acted the same had his friend's assailant been white but that he had also been "shocked" by his response.

How did others respond?

Kehinde Andrews, a professor of black studies at Birmingham City University, told the BBC Neeson's comments were "completely inappropriate and offensive" and to make them as he promoted a film was "distasteful".

"He was ashamed a week into it. He understood that he was wrong for thinking what he did. And we have to have this conversation."

Many on social media have also had their say since the story first broke on Monday.

Frederick Joseph, who works for better representation in the media, wrote that Neeson's story "just shows how meaningless and inconsequential black lives are to some".