US rapper 21 Savage has been arrested by immigration officials, reports say. 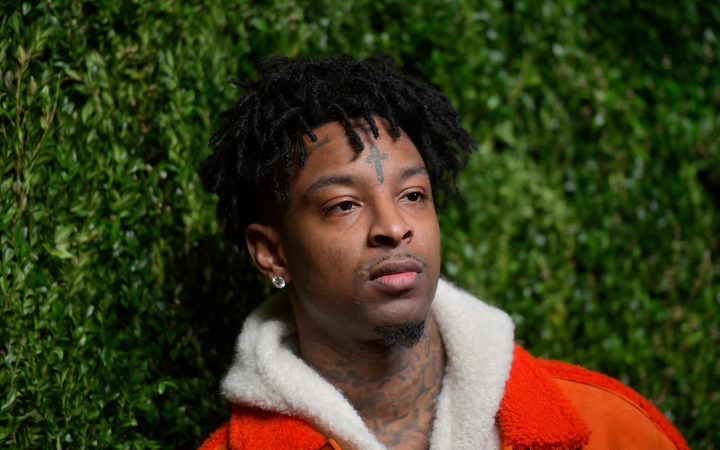 21 Savage entered the US in July 2005 on a non-immigrant visa but failed to leave when it expired a year later, ICE says. Photo: AFP

US media quoted the Immigration and Customs Enforcement (ICE) as saying "his whole public persona is false. He actually came to the US from the UK as a teen and overstayed his visa".

He entered the US in July 2005 on a non-immigrant visa but failed to leave when it expired a year later, ICE said.

His Wikipedia page says his real name is Shayaa Bin Abraham-Joseph and that he is from Atlanta.

It says the 26-year-old grew up around criminality, dropped out of school and began to rap after the death of a friend.

BREAKING- @ICEgov spokesman tells me @21savage was taken into custody by ICE. “His whole public persona is false. He actually came to the U.S. from the U.K. as a teen and overstayed his visa.” MORE COMING

US website TMZ said 21 Savage was reportedly being held ahead of possible deportation for being in the country illegally and for being a felon following a 2014 conviction for drugs offences.

TMZ quoted his lawyer Dina LaPolt as saying she was trying to get the rapper out of detention "while we work with authorities to clear up any misunderstanding".

"Mr Abraham-Joseph is a role model to the young people in the country - especially in Atlanta, Georgia and is actively working in the community leading programs to help underprivileged youths in financial literacy," she added.

In December the rapper released his second album, I am > I was, which went to the top of the Billboard 200 albums charts.

The same month he apologised for a lyric in one of his songs that mentioned "Jewish money".

It followed a similar apology by NBA star LeBron James, who had shared 21 Savage's lyric on his Instagram account, where critics drew attention to it.

LeBron James said he thought it had been a compliment.

21 Savage said he was "sorry if I offended everybody".