Washington state may be poised to legalise turning a human body into compost - making it the first US state to allow it as a burial option. 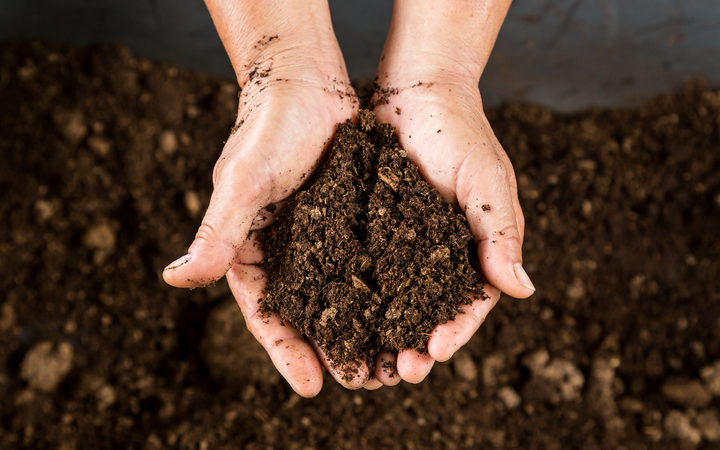 This is the vision - in an indoor garden, a honeycomb structure lines the walls, and inside each cell, a human body composts. When it's done, loved ones take home a pot of soil, not an urn of ash.

A person's final resting place could be the foundations of a flowerbed or could feed the roots of a tree.

This is what Washington state in the United States is preparing to legalise. If the bill passes, the western state would be the first in the nation to allow human composting as a burial option.

Here's what it means to choose a compost burial - and why a growing group of Americans are eschewing convention for a new way to rest in peace.

Lying in the open, a human body can take months to return to earth, says forensic anthropologist Daniel Wescott.

In drier climates, it can mummify for years; in wetter ones, a face becomes a skull in weeks.

Professor Wescott of Texas State University studies the decomposition of human bodies at the largest forensic research centre in the country. "As long as you have good bacterial activity, you can decompose in probably a month."

But this is a rarely a body's fate these days. Most will be cremated, buried in a casket, or sealed in a vault - eating up wood, land, and other resources in the process.

A growing number of voices in the Pacific Northwest are now saying that isn't enough.

"Nature knows how to transform our bodies to soil all on its own," Nina Schoen says.

The 48-year-old Seattle resident is among the groundswell of people seeking greener ways to die. "What's most important to me is that after I'm gone, my body is able to give back to this earth that has supported me, and through that create new life."

The driving force behind the movement in Washington state is Katrina Spade and her company, Recompose. It says it can turn you into useable, fertile soil in 30 days.

The method Recompose offers is based on the ways we already compost livestock - with a few changes from Washington State University soil science researcher Professor Lynne Carpenter-Boggs to make the mixture more socially acceptable.

Based on research from Prof Carpenter-Boggs' team, the final process involves placing the body in a mix of wood chips and similar composting materials, allowing thermophilic - heat-loving - microbes and bacteria to get to work.

Remains are also heated to 55deg C, killing off contagions so the resulting soil is safe to use - a key part of why many supporters prefer this manner of burial.

"We have all this energy and potential that's either burned up or sealed away in burials, when it could be utilised to let life go on," Ms Menkin says.

Rounding out life in a greener way

Energy is a recurring theme for supporters of the alternative burial movement: Most say they began looking into these options because they wanted to round out their lives in a greener way.

"Environmental concerns are very important to me and play an active role in my day to day choices," Ms Schoen says. "It only makes sense that how I die is also aligned with how I live." 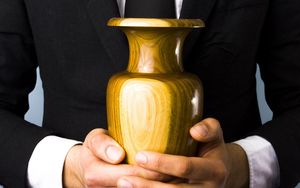 Composting would be a much more energy-efficient option than cremation, its supporters say. Photo: 123rf

Recompose says its process uses one-eighth of the energy of the cremation process, saving an estimated metric ton of carbon-dioxide emissions per person over conventional methods.

In Washington state, which has one of the highest rates of cremation in the country, Ms Menkin says it could make a real difference.

Many places, like Britian, already offer natural burials. But advocates for human composting like Ms Menkin say the practice could increase accessibility to green funerals worldwide.

"If it brings the option to urban dwellers and becomes available worldwide, especially in really urban areas that don't have the option for any kind of natural burial, that could be a real asset to those areas and the planet."

Disposing of any human remains on non-cemetery grounds, unless you are the landowner, is a minor crime. And using public lands requires the approval of government agencies controlling the lands and waters.

Those laws will hold true for recomposed burials too, but when remains are useable soil, even city-dwellers might find spaces to memorialise the departed.

"Natural burial is quite wonderful, but as the population increases, there is less available land, and that's to me why having an option like recomposition is so essential," Ms Schoen says.

Recompose founder Katrina Spade told Pacific Standard magazine she hopes the company will one day transform city warehouses into indoor gardens where people can lay their loved ones to rest and see the body's "journey of transformation from human to soil".

In 2018, just over half of America's 2.8 million dead were laid to rest via a crematorium, according to data from the US census and National Funeral Directors Association.

Cremation's lower cost accounts for much of its popularity boost, the report says, but environmental concerns, fewer religious prohibitions, a newly transient population, and a cultural desire for less ritualistic practices have also changed America's relationship with death.

Washington in particular has an unchurched, environmentally conscious population, making it a natural leader of these changes.

By 2035, the NFDA predicts only 15 percent nationwide will opt for traditional burials.

Traditional conventions around death and mourning being challenged, professor says

University of Southern California public policy Professor David Sloane, whose family tree features a line of cemetery superintendents, says the country is in a "moment of cultural hybridity".

"Conventions around death, dying, memorials and mournings are all being challenged," he says.

Those challenges come from all manner of changes, he thinks. Like people choosing to die at home rather than in hospital; people mourning on social media rather than in church.

"Human composting is just one more example of how people are experimenting.

"It in some sense flies in the face of longstanding conventions and at the same time responds to new concerns about environmental issues. And so I think those two things make it very novel."

The push for compost burials is still small and grassroots. It's certainly not an option that would appeal to everyone.

Prof Sloane adds that as culture changes, there will always be ethical and societal questions raised by the composting of bodies.

"Will people's bodies be cared for honourably? And will we continue to be able to remember them as parts of our communities?"

Like the cremationists of the late 19th century, Prof Sloane says there's a chance the movement will see pushback from religious institutions and the existing funeral industry.

But for now, Recompose and advocates for compost burials are just focused on making it a legal option, Ms Menkin says. "What's really surprising is we were ready to convince people and let them know just because it's different doesn't mean it's bad."

But they are overwhelmingly getting support, Ms Menkin says, "with a few people who just don't want to think about it".