Hastings District Council is warning its existing cemeteries will run out of room in just over three years' time. 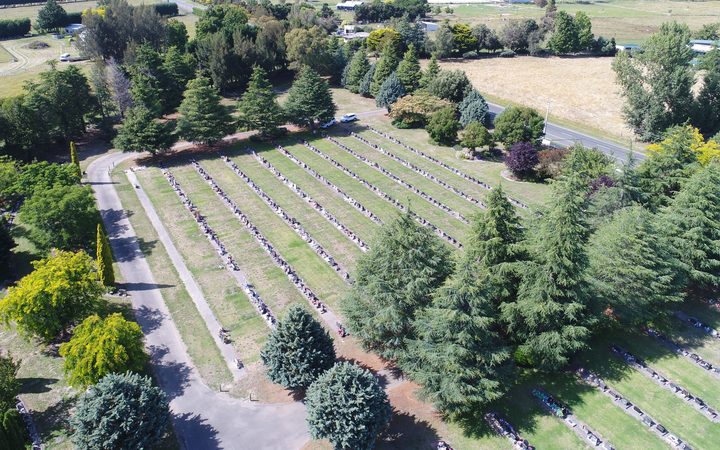 Mangaroa Cemetery may need to be redeveloped to support the dead of Hastings. Photo: Supplied

With an aging population, future cemetery development was a "critical priority", she said in a report to councillors.

Only 400 burial plots are left in the district, so the council is proposing to develop Mangaroa Cemetery on the outskirts of Hastings.

But there are concerns the site might not be suitable, because of a potentially high water table.

Despite possible problems, this was the best option, because finding suitable land elsewhere was difficult, Ms Banks said.

"We have been looking for a number of years now for new sites," she said.

"Land is becoming scarce, so it is really important that we allocate space for burials in the future."

While cremation was increasingly popular, there would always be a need for burial plots for cultural reasons, she said.

Councillors will consider a proposal to develop 5.6ha of land at Mangaroa that is already designated for a cemetery.

This would create an extra 5206 plots, increasing the life of the cemetery by 42 years.

Ms Banks said the council had received lots of enquiries about its first natural burial site at Mangaroa, since it opened in July. But it had yet to attract its first customer.

"We do expect it to be popular," she said.

Auckland Council had enough space in its cemeteries for the next 25 years, but it was already looking ahead and exploring options for future cemeteries, a spokesperson said.