Canada will cut its embassy staff in Cuba by up to half after a mystery illness affected another person there, authorities in Ottawa have said. 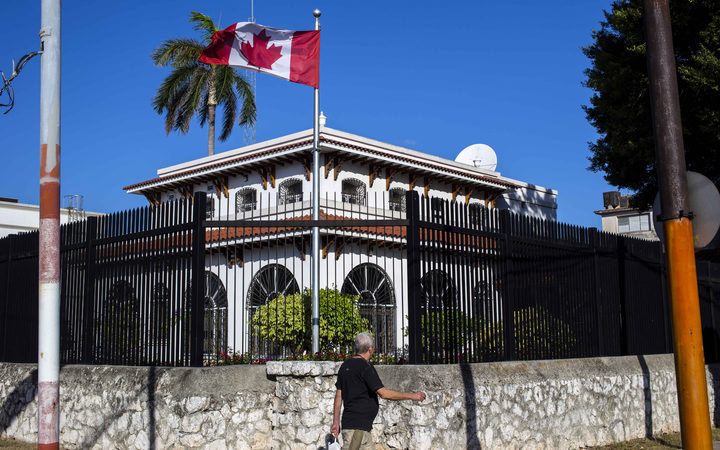 Medical testing after the reappearance of unusual symptoms in November saw a fourteenth Canadian affected.

Canada's foreign office said the number of staff will now be cut by up to half as a result.

US staff have also been affected by the illness, which causes dizziness, nausea and difficulty concentrating.

Canada has discounted the idea of a "sonic attack" being the cause - a theory previously put forward by the US state department last year.

A statement released by Global Affairs Canada said "employees, spouses and dependents" at the embassy were among the affected, and all were receiving ongoing medical treatment.

While the embassy would remain open some services could be affected in the future, the statement read.

Staff numbers will now drop from about 16 to up to eight, the Associated Press reports.

Canada recalled diplomatic families from Havana in April after some minors started showing the symptoms.

More than a million Canadians visit Cuba each year, but there is no evidence they are at risk.

Cuba has repeatedly denied its involvement. Canada says it has worked in "close cooperation" with Havana since the health problems first came to light in 2017.

Unlike the US, Canada never cut off diplomatic relations with Cuba after its revolution in 1959.

Similar symptoms have affected US embassy staff in China.

A US and a British scientist however have put forward another theory - insect noise.

Their study suggests the sound recorded by US staff in Cuba was in fact the song of the Indies short-tailed cricket.