An MP has become the first sitting member of British parliament in nearly three decades to be jailed after she lied to police over a speeding ticket. 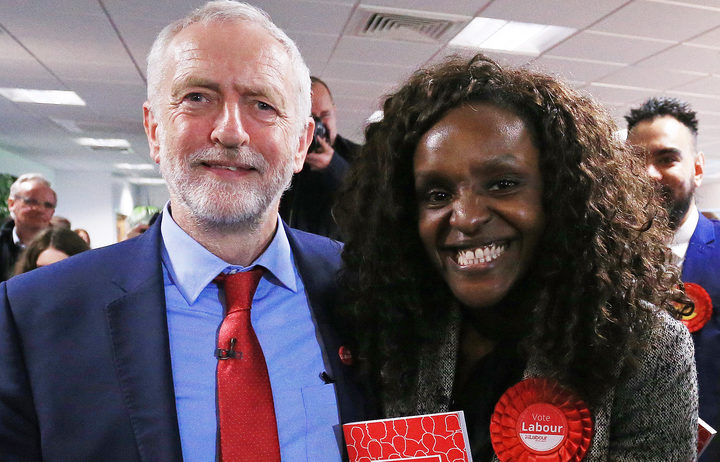 Solicitor Fiona Onasanya had denied being behind the wheel when her car was spotted being driven at 41mph (66km/h) in a 30mph (48km/h) zone, in July 2017.

The Peterborough MP was thrown out of the Labour Party after being convicted of perverting the course of justice.

She has been jailed for three months after a re-trial at the Old Bailey.

The court heard evidence Onasanya was texting as well as speeding, during the summer recess.

Onasanya is the first sitting MP to be jailed since Terry Fields was sentenced to 60 days for failing to pay his £373 (NZ$714 at today's rate) poll tax bill in 1991.

She has stated she intends to appeal against her conviction.

Her brother Festus was jailed for 10 months for his involvement, after pleading guilty to the same charge.

Onasanya was elected as Labour MP for Peterborough in June 2017, six weeks before committing the offence in Thorney, Cambridgeshire.

She had ousted Conservative Stewart Jackson, who had held the seat for 12 years.

As he sentenced her, Mr Justice Stuart-Smith told Onasanya: "You have not simply let yourself down, you have let down those who look to you for inspiration, your party, your profession and Parliament."

Her life as a new MP in 2017 was "extremely hectic and chaotic" and she had just been diagnosed with multiple sclerosis when police began to pursue her, he noted.

After Festus falsely filled out her Notice of Intended Prosecution (NIP), she made the "disastrous decision" to keep up the lie from November 2017, he said.

The prosecution told the court she went on to collude with her brother to avoid being subject to the speeding ticket.

Mitigating, Christine Agnew QC said: "Regardless of the sentence it will have a disastrous effect on every aspect of her life and career, a career she has worked very hard for.

"She has already been expelled from the Labour Party. At the moment she continues as an independent MP and the reason for that is it is her only income.

"It is highly likely as a result of today's sentencing hearing that she will lose her seat as an MP.

"It's a very public fall from grace. She will inevitably be struck off as a solicitor."

A spokesman for the Labour Party said Onasanya had "let the voters of Peterborough down".

"When she was found guilty she should have immediately done the decent thing and resigned," he said.

"If Fiona does not resign, Labour will support local residents in their efforts to trigger a by-election through a recall petition."

The Conservatives also called for Onasanya to resign as an MP.

"She cannot possibly represent her constituents from prison and should do the decent thing and immediately step down," a spokesman said.

"If she doesn't, we will campaign to use a recall petition to ensure that the residents of Peterborough can have their say in a by-election for a new MP."