New Zealanders in Australian immigration detention are vowing to keep up a hunger strike after negotiations yesterday failed.

Scores of men at several detention centres have been refusing to eat solid food for two weeks in protest at how they are treated.

Alvin Tuala, 41, is one of four protest organisers at Melbourne Immigration Transit Accommodation who met with Border Force officials and managers from Serco which operates the centre.

"I could tell you just from their body language, they're rattled, they're concerned - whether they can make a real change, that's the question," Mr Tuala said by mobile phone from Melbourne.

He said the managers just wanted them all to start eating again but had failed to address any of their core demands, such as for better visitation rights, larger portions of food and not to be moved away from their families.

Other organisers at separate detention centres around Australia also met with authorities yesterday, were also at stalemate, and were also vowing to keep going, though they knew they could not hold out indefinitely.

"From a mana perspective ... if we don't fight for this now, it's just going to get worse and worse," Mr Tuala said. 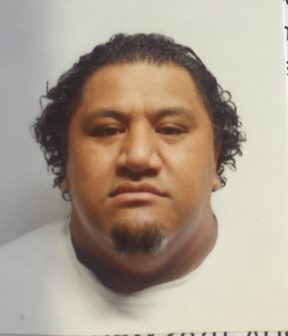 He is facing deportation after eight years in prison for violent crime.

He said the newly opened Broadmeadows was worse than a maximum-security jail, as cellmates had no privacy to go to the toilet and were more isolated.

The short-term aim was to get some relief from the "limbo" they were in.

He cited a food ration of 75 grams of protein per detainee each day - "two slices of ham" - as an example of "extreme" conditions designed to force them to sign up to be deported.

Australian Border Force refused to be interviewed, despite repeating an earlier statement that the hunger strikers were being closely monitored and detainees continued to receive medical and mental health care.

"We strongly refute claims that conditions in immigration detention facilities are inhumane or brutal," it said in a statement.

Justice Minister Andrew Little said he would raise the matter of immigration detention yet again in ministerial exchanges with Australia next month.

"Naturally, it is a concern when New Zealanders in other parts of the world feel that their only way to get themselves heard is to take these sorts of actions.

"We're entitled to expect the Australian justice system will do them justice ... in an effective timeframe."

Before Mr Little was in government, he said the Australian authorities assured him all efforts were made not to move detainees away from their families.

But Mr Tuala said many detainees were moved out to other states as a means of applying pressure on them.

His family is in Sydney but he said he was able to afford to fly them regularly to Melbourne to see him because he had been able to keep his logistics business running despite being detained for almost three years.

Asylum seekers have also been on hunger strike in Australian immigration detention. One man is under 24-hour observation at Canberra Hospital, bed-ridden after 51 days without eating.