The Duke of Edinburgh has written to a woman injured in a car crash he was involved in near the Royal Sandringham Estate to say that he is "deeply sorry". 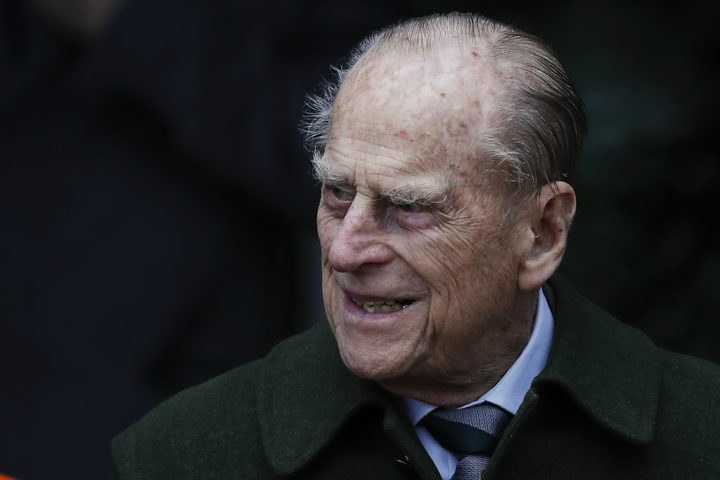 Prince Philip wished Emma Fairweather a "speedy recovery", adding that he was "somewhat shaken after the accident".

The 97-year-old escaped injury in the crash, and suggested he did not see the car she was a passenger in on 17 January because of bright sun.

His Land Rover Freelander collided with a Kia driven by Ms Fairweather's friend after he pulled out of a driveway.

The duke's vehicle flipped over in the crash on the A149 near the Queen's Sandringham country estate in Norfolk, and he was helped out by a passing motorist.

The other car involved was also carrying a nine-month-old baby boy, and his mother who was driving.

Ms Fairweather, 46, who broke her wrist, described the letter from the duke, dated 21 January, as a "nice touch".

"I thought it was really nice that he signed off as 'Philip' and not the formal title. I was pleasantly surprised because of the personalised nature," she told the Sunday Mirror.

She had previously complained of a lack of direct communication from Prince Philip, saying she had only been contacted by a police family liaison officer and one of the Queen's ladies-in-waiting.

In the note on Sandringham House headed paper, which has been reproduced in the Sunday Mirror, the Duke acknowledged her "very distressing experience".

"I would like you to know how very sorry I am for my part in the accident," he wrote.

Prince Philip said he had used the crossing many times and was aware of the amount of traffic that uses that main road.

He said it was a bright sunny day and, around 3pm, the sun was low.

"In other words, the sun was shining low over the main road. In normal conditions I would have no difficulty in seeing traffic coming ... but I can only imagine that I failed to see the car coming, and I am very contrite about the consequences," he wrote.

"I was somewhat shaken after the accident, but I was greatly relieved that none of you were seriously injured."

Prince Philip was reportedly spotted driving a replacement Land Rover, without wearing a seat belt, two days after the crash.

It is understood a similar note was sent to the driver of the Kia.