China's foreign ministry called in the US ambassador to lodge a "strong protest" over the arrest in Canada of Huawei chief financial officer and said the United States should withdraw its arrest warrant. 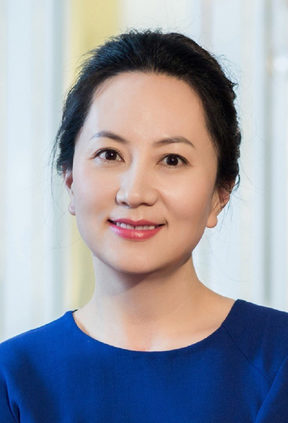 Meng Wanzhou was arrested in Canada on 1 December and faces extradition to the United States, which alleges that she covered up her company's links to a firm that tried to sell equipment to Iran despite sanctions.

The executive is also the daughter of the founder of Huawei.

Chinese Vice Foreign Minister Le Yucheng told US ambassador Terry Branstad that the United States had made an "unreasonable demand" on Canada to detain Meng while she was passing through Vancouver, China's Foreign Ministry said.

"The actions of the US seriously violated the lawful and legitimate rights of the Chinese citizen, and by their nature were extremely nasty," Mr Le told Mr Branstad, comments similar to those he made to Canada's ambassador the night before.

"China will respond further depending on US actions," he said, without elaborating. Le also told the Canadian ambassador on Saturday that there would be severe consequences if it did not immediately release Ms Meng.