The former US president was notable for his foreign policy successes and an unpopular tax hike. 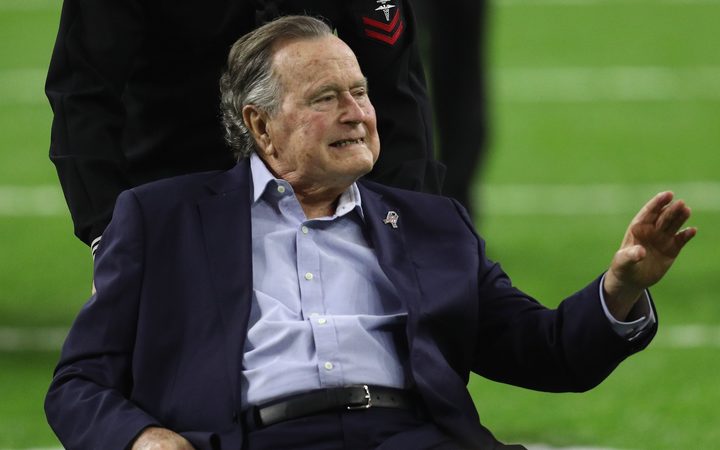 George Bush Sr, as he was known, passed away on Friday evening, a statement said on behalf of the family.

He was a World War II aviator and Texan oil tycoon before entering politics in 1964 as a Republican.

In April, he was admitted to a hospital intensive care unit with an infection, a week after the death of his wife Barbara.

The inauguration of George HW Bush as president in January 1989 was the culmination of a career built on privilege: a series of political promotions ending at the White House.

The 41st president of the United States had previously served eight years as vice-president to Ronald Reagan and was the first serving vice-president for more than 150 years to be elected to the highest office.

His term in office was defined by his foreign policy at a time when communism was collapsing in Eastern Europe and the dissolution of the USSR left the US as the world's only superpower.

His policies helped restore the credibility of the US in the rest of the world and lay to rest the ghost of the intervention in Vietnam.

But he was accused of neglecting domestic affairs and, after reneging on a campaign promise not to increase taxes, he was defeated by Bill Clinton in the 1992 presidential election.

George Herbert Walker Bush was born on 12 July 1924 in Milton, Massachusetts, the son of an investment banker who later became a US senator. Following his honourable discharge from the navy in 1945, Bush married 18-year-old Barbara Pierce. Their marriage would last 72 years and they would have six children together. 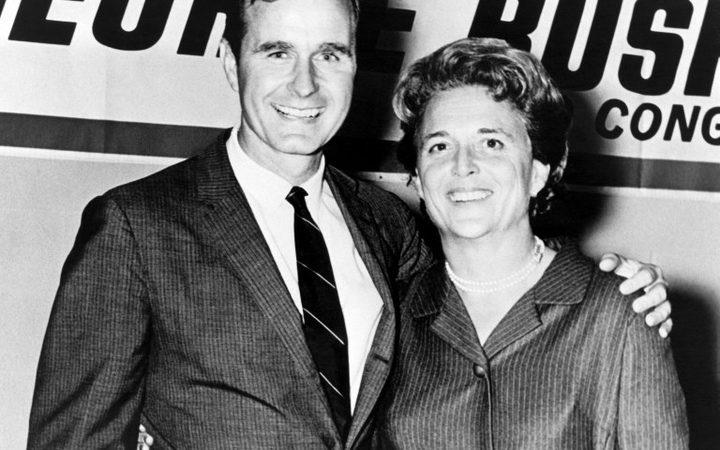 George Bush Sr with wife Barbara to whom he was married for 72 years. Photo: AFP

Their first son, the future president George Walker Bush, was born a year after their wedding.

Bush had been offered a place at Yale prior to his enlistment in the navy, and he took it up in 1945, graduating with a Bachelor of Arts degree. Bush and his family then moved to Texas where, with the use of his father's business connections, he got a job in the oil industry. By the age of 40, he was a millionaire.

By that time his professional interest had turned to politics and he won the Republican nomination for the US Senate seat for Texas. The Democratic incumbent successfully branded Bush as a right-wing extremist, gaining 56 percent of the vote to Bush's 43 percent. Undaunted, Bush successfully stood for the House of Representatives in 1966, where he served for two terms.

When Nixon was forced to resign 1974, Bush did his best to heal some of the wounds left by Watergate, touring the country in support of Republican candidates. At the end of the year he went to Beijing as head of the new US mission there.

After just over a year in China, President Gerald Ford brought him home to take charge of the Central Intelligence Agency, which had been rocked by a series of scandals relating to covert operations abroad and unauthorised spying on US citizens.

Bush left the CIA after Ford left office and, in 1978, began campaigning for the Republican nomination for the 1980 presidential election. Defeated by Reagan there was, once again, a consolation: a ticket to the White House as Reagan's deputy and eight years of training for the top job itself.

Campaign promise leads to his downfall

In the 1988 race which delivered him the presidency, he made two fundamental misjudgements. The first was his choice of vice-presidential candidate: Dan Quayle, a little-known senator from Indiana, who gained international fame through a series of gaffes. The second was in a speech Bush made at the 1988 Republican National Convention.

During an attack on the fiscal policy of his Democratic opponent, Michael Dukakis, Bush made a pledge that was to haunt his presidency and ultimately bring about his political downfall.

"Read my lips," he told the assembled delegates. "No new taxes."

After one of the most acrimonious election campaigns in US history, Bush became the first serving vice-president to be elected to the top job since Martin van Buren in 1836. It was a time of momentous change which saw the the fall of the Iron Curtain and the collapse of the Soviet empire.

His true test came in August 1990 when the US was caught off-guard by the Iraqi invasion of Kuwait. Bush moved quickly to build an international coalition to end Saddam Hussein's occupation and establish a US military toehold in Saudi Arabia, a valuable strategic dividend. The subsequent battle proved to be a triumph for American military expertise and a major boost for the nation's morale.

In the defining moment of Bush's presidency, the US and its allies swept across the desert in a ground war lasting just 100 hours. The victory boosted the president's standing despite the fact that US and allied forces stopped well short of Baghdad, allowing Saddam Hussein to remain in power. It would be left to the president's son to topple the Iraqi dictator.

Despite achieving popularity ratings of 90 percent, Bush's decision to concentrate on foreign affairs led to accusations that he was ignoring the worsening economic situation at home, most notably, the longest-lasting recession since World War II.

Hamstrung by a Democratic-controlled Congress, President Bush insisted that the worst was over economically. "We are going to lift this nation out of hard times," he pledged, "Inch-by-inch and day-by-day and those who would stop us had better step aside."

But the country would not believe him. To make matters worse he did the one thing he had promised he would never do: he raised taxes.

The 1992 election was a disaster. He was let down by a poorly run campaign and had to fight off a strong challenge from the conservative Pat Buchanan for the Republican nomination.

No match for charismatic Clinton

Bush could not match the energy of his opponent, the young Democratic governor of Arkansas, Bill Clinton, who conveyed a new vision for America that Bush admitted he simply could not express. The image that summed it all up came on a trade trip to Japan that ended in dismal failure when the president fainted after vomiting at a banquet laid on by his hosts. Bush went down to a landslide defeat. 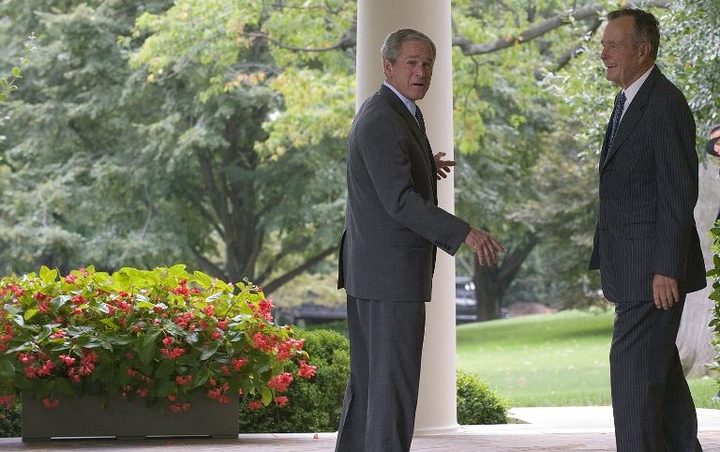 His later years were spent touring the world in his role as elder statesman. Though delighted to see George W Bush enter the White House, relations between the two men were said to be somewhat strained.

Bush celebrated his 90th birthday in June 2014 by making a tandem parachute jump near his summer home in Kennebunkport, Maine. But he began to make fewer public appearances and was forced to use a wheelchair after developing a form of Parkinson's.

A series of women accused him of acting inappropriately towards them at various times in the past. The former president denied groping anyone but let it be known he apologised to anyone he might have offended.

He also lost Barbara after more than seven decades of marriage. Her funeral was attended by Bill Clinton and Barack Obama - although President Trump stayed away.

As president, he proved himself an efficient chief executive - more of a manager than inspiring leader. His public image suffered because of his Ivy League background and many voters saw him as lacking a common touch.

His foreign policy was successful in the handling of the invasion of Kuwait and the fall of communism. His domestic agenda will be less well applauded - with critics complaining he came across as a somewhat confused president with a shaky grasp of economics.

And personally, George Herbert Walker Bush will be remembered as, essentially, a cultured family man, uncomfortable with the rough and tumble of politics. "Because you run against each other that doesn't mean you're enemies," he once said. "Politics doesn't have to be uncivil and nasty."