Former US President George HW Bush has died at the age of 94, his son George W Bush has announced. 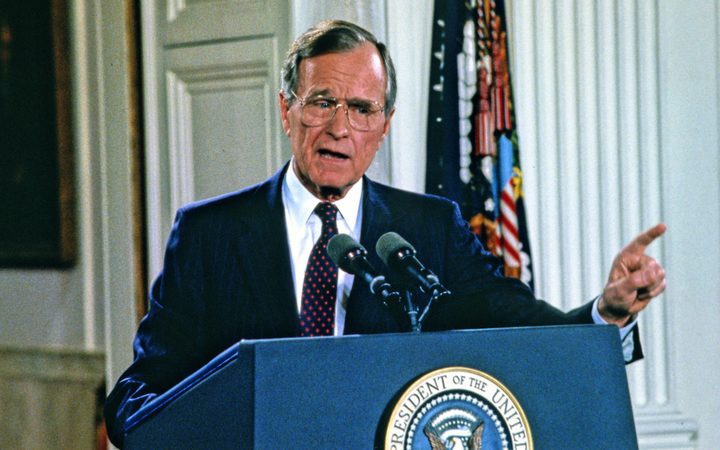 George H.W. Bush holding a press conference at the White House in 1992 when he was president. Photo: AFP

George Bush Sr, as he was known, passed away on Friday evening, a statement said on behalf of the family.

He was a World War II aviator and Texan oil tycoon before entering politics in 1964 as a Republican.

In April, he was admitted to a hospital intensive care unit with an infection, a week after the death of his wife Barbara.