US President Donald Trump says that Mexico should send Central American migrants seeking asylum in the United States back to their home countries, a day after US authorities shut the country's busiest southern border crossing and fired tear gas into the crowd. 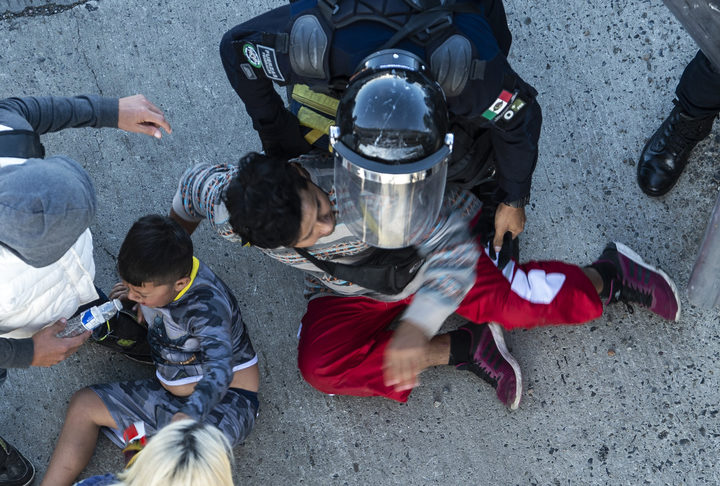 Many of the thousands who have gathered in Tijuana have said they will wait until they can seek asylum. Photo: AFP

US officials reopened the crossing at the San Ysidro port of entry between the US city of San Diego and the Mexican city of Tijuana after closing it for several hours.

The incident, which took place after a group of people rushed at the border fencing, was the latest chapter in a weeks-long saga that has pitted Mr Trump's hardline stance on immigration against a group of thousands of migrants who have made their way north through Mexico from violent and impoverished Central American countries.

The vast majority of those assembled at the border were economic migrants who would not qualify for asylum, he told CNN, adding that there were few women and children.

"What I saw on the border yesterday was not people walking up to Border Patrol agents and asking to claim asylum," Scott said.

US Customs and Border Protection officers "were struck by projectiles thrown by caravan members" and "perpetrators will be prosecuted," US Homeland Security Secretary Kirstjen Nielsen said on Twitter. 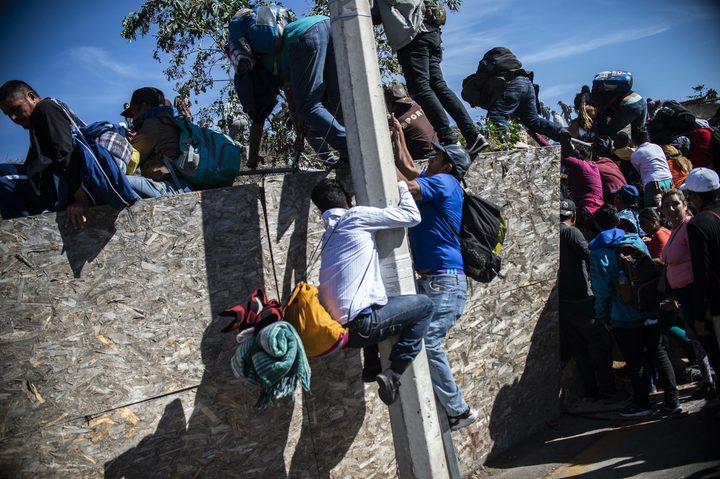 A group of migrants climbed a fence as they tried to reach the US-Mexico border. Photo: AFP

The migrants, mostly Hondurans, have travelled to the border in large groups, or caravans and now number more than 8,000.

Many of the thousands who have gathered in Tijuana have said they will wait there until they can seek asylum.

If they enter the United States, legally or illegally, they have a right to seek asylum.

Mr Trump has said the migrants should not easily enter the country and he threatened again to shut down the US-Mexico border, which stretches 2,000 miles (3,200 kilometres).

Mexico should move the flag waving Migrants, many of whom are stone cold criminals, back to their countries. Do it by plane, do it by bus, do it anyway you want, but they are NOT coming into the U.S.A. We will close the Border permanently if need be. Congress, fund the WALL!

Although the incident took place at a part of the border where there is already a physical barrier,

Mr Trump again urged Congress to fund his long-promised border wall, as well as reiterated his unsubstantiated assertion that there are many criminals among the migrants.

"Mexico should move the flag waving migrants, many of whom are stone cold criminals, back to their countries. Do it by plane, do it by bus, do it anyway you want, but they are NOT coming into the U.S.A. We will close the Border permanently if need be. Congress, fund the WALL!" Mr Trump tweeted. 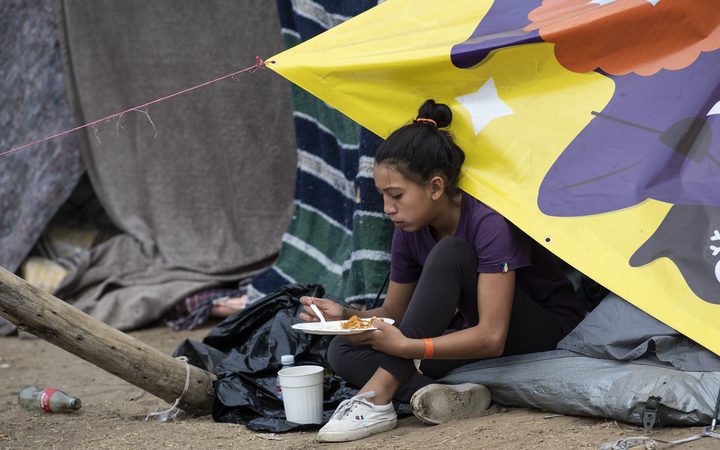 One of the migrants at a temporary shelter in Tijuana, Mexico. Photo: AFP

Mexican government officials have had no immediate response. Mexico has been in negotiations with the United States over a possible plan to keep migrants in Mexico while their asylum claims are processed.

US lawmakers return to Washington after the US Thanksgiving holiday break and face a deadline to approve funding for the federal government before some funding runs out on 7 December.

Mr Trump had repeatedly threatened to shut down the federal government unless Congress pays for the wall.

Some 7,400 of the migrants are now gathered in the Mexican border state of Baja California, in the cities of Tijuana and Mexicali, and tensions have risen in recent days amid a series of daily protests.

In Tijuana, hundreds of caravan members including women and children protested peacefully. Mexican authorities intervened, prompting a rush toward the border by some people, before US agents fired tear gas.

It was not immediately clear whether those throwing objects at US agents were part of the caravan, MSNBC reported.

Democrats and other critics called the Trump administration's use of tear gas toward the migrants an overreaction, and blamed the administration for rejecting efforts to address larger immigration issues. 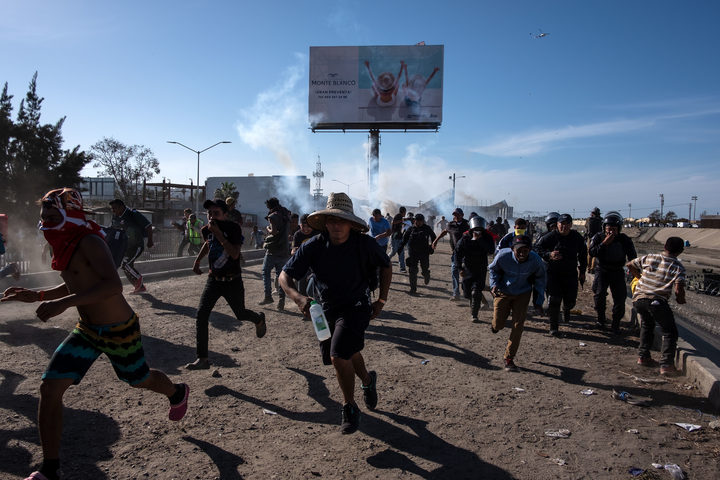 The US border patrol threw tear gas on the migrants from a distance in a bid to disperse them. Photo: AFP

For weeks before the 6 November congressional elections, Mr Trump raised the alarm about the migrant caravans and ordered some 5,800 US troops to the border to support border patrol agents.

Critics said this was aimed largely at bringing the immigration issue to the fore with his core supporters.

The president now has just a few weeks left to push his fellow Republicans, who currently control both chambers of Congress, to make good on funding the proposed wall before Democrats take control of the US House of Representatives in January following their election gains.

"The time is long overdue for Congress and this president to say we need comprehensive immigration reform," US Senator Bernie Sanders, an independent who caucuses with the Democrats, told CBS This Morning.

US authorities needed to "minimize the level of force that is being used," he added.

US Senator Angus King, another independent, told the Hugh Hewitt syndicated radio program the wall did not appear to be a high priority for Republicans or Democrats in Congress.

Republican US Senator Joni Ernst told CNN she did not want a government shutdown but that "we're seeing results" from Mr Trump's efforts on asylum seekers.