The owner of Leicester City FC died when his helicopter crashed outside the club's stadium, it has been confirmed. 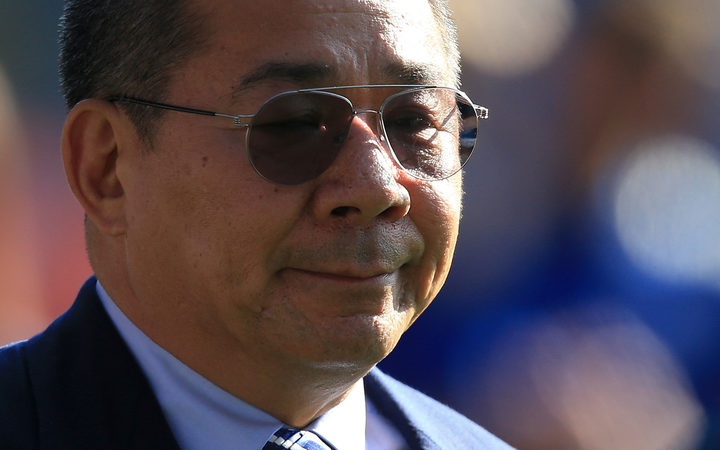 Vichai Srivaddhanaprabha and four other people have been confirmed dead in the crash. Photo: AFP

Vichai Srivaddhanaprabha and four other people died when the aircraft crashed on Saturday evening.

Witnesses said they saw the helicopter just clear the stadium before it spiralled out of control and crashed in a fireball.

Leicester had drawn 1-1 against West Ham United at the King Power Stadium, with the match finishing about one hour before the helicopter took off from the pitch.

Under Mr Srivaddhanaprabha's ownership, the club won the Premier League in 2016, having started the season as 5000 to 1 outsiders.

Season ticket-holder Richard Jackson, 53, from Market Bosworth, Leicestershire, travelled to the stadium to join with other fans.

"I'm just devastated really, it is such a tragedy you don't expect to happen," he said.

"These owners have been absolutely fantastic, probably the best owners in the whole English system." 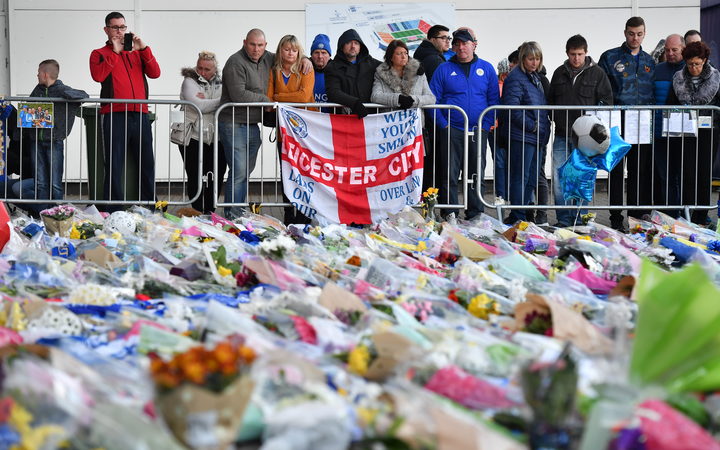 The football pundit said: "Whenever Leicester fans rang in to gripe about the team, they were never aimed at the owners."

Minute's silences were held ahead of the Premier League matches between Burnley and Chelsea, and Crystal Palace and Arsenal.

Leicester City said it was assisting police and emergency services and would issue a more detailed statement in due course.

At a ceremony to mark Diwali, City Mayor Peter Soulsby said: "The news sent shudders through the whole of the city.

"It's a chance to reflect on that tragedy and how much has been given to this city by the owners.

"We have a lot to thank them for.

"It is important we go ahead with tonight's event. It's a time of darkness so it is appropriate we celebrate the triumph of light over darkness."