A 56-year-old man has been arrested in Florida in connection with a mail-bombing campaign aimed at critics of President Donald Trump. 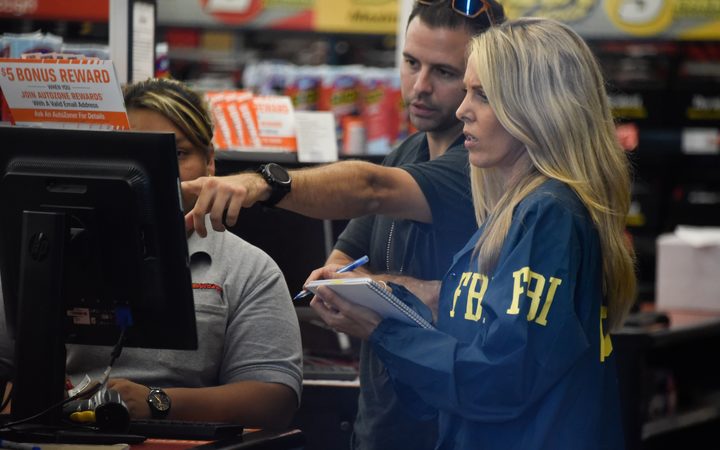 FBI agents search for clues at the Auto Zone Store in Plantation, North of Miami, where a suspect was arrested. Photo: AFP

US officials named the man as Cesar Sayoc. He faces five charges including mailing explosives and threatening ex-presidents. 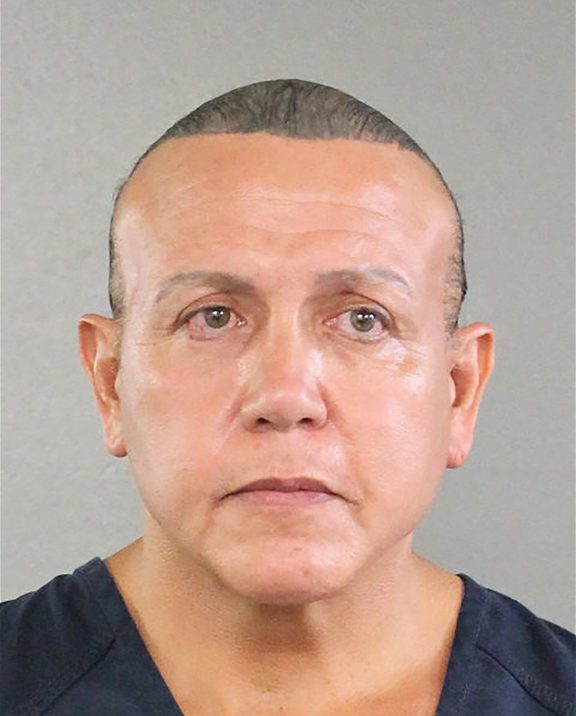 Mr Trump said the acts were "despicable and have no place in our country", and promised "swift and certain justice".

Fourteen items have been sent in recent days to figures including ex-President Barack Obama and actor Robert de Niro.

Two were found in Florida and New York City on Friday.

Later, two more were discovered in California. Billionaire and Democrat donor Tom Steyer said that a package sent to him had been intercepted at a mail facility in Burlingame, and another addressed to Democrat Senator Kamala Harris was reported in Sacramento.

The incidents come less than two weeks before the US mid-term elections, with politics highly polarised.

Media reports say Mr Sayoc was arrested at an auto parts shop in the city of Plantation, Florida.

FBI Director Christopher Wray revealed that he was detained after his fingerprint was allegedly found on one of the packages.

US Attorney General Jeff Sessions said the suspect faced up to 48 years in jail.

"We will not tolerate such lawlessness, especially political violence," he said at a news conference.

"Let this be a lesson to anyone, regardless of their political beliefs, that we will use the full force of the law against you."

What do we know about Cesar Sayoc?

Law enforcement agencies said Mr Sayoc lives in Aventura, Florida. He reportedly has ties to New York and is a registered Republican.

In 2002, he was arrested for making a bomb threat in Miami-Dade County, and received one year of probation for the charge.

Mr Sayoc has a criminal record dating back to 1991 in Broward County, according to clerk records. He was arrested, aged 29, on a theft charge. He has also faced charges of fraud and battery.

Court records show Mr Sayoc filed for bankruptcy in 2012 while he was living with his mother. A handwritten note in his bankruptcy report reads: "Lives w/mom. Has no furniture."

In 1980, he spent three semesters as a student at Brevard College in North Carolina, a university spokeswoman told BBC News. He did not graduate, the spokeswoman added.

US officials say that DNA evidence was used to track him down.

Following his arrest, US TV broadcast live images of a white van, said to belong to Mr Sayoc, being loaded on to a trailer in Plantation and towed away for examination.

The van's windows were covered in images. One piece of artwork depicted President Trump standing on a tank and another showed Hillary Clinton with a bullseye superimposed on her face.

What did Mr Trump say about the bombs?

Speaking at an event at the White House, Mr Trump praised law enforcement for the quick apprehension of the subject, describing the search as looking for a "needle in a haystack".

"These terrorising acts are despicable and have no place in our country," he said.

"We will prosecute... them to the fullest extent of the law. We will never allow political violence to take root in our country."

The comments were in stark contrast to Mr Trump's tweet earlier in the day, when he suggested the incidents, which he described as "'Bomb' stuff", were slowing Republican "momentum" in early voting.

The BBC's Nick Bryant in Washington says he appeared to be suggesting that the bombing campaign was a hoax.

"Bomb stuff"? The President of the United States appears here to be fuelling the conspiracy theories that this is a liberal hoax.... https://t.co/NfKdNVs7uj

Former intelligence chief James Clapper, one of the recipients of Friday's packages, told CNN: "This is definitely domestic terrorism, no question in my mind."

He said that anyone who had been a critic of President Trump needed to be on the alert and take extra precautions.

How did the bomb threat unfold?

The series of bomb alerts began on Monday, when a suspected device was found in the post box of billionaire businessman George Soros, a major Democratic Party donor.

A total of 13 devices were sent to the following 11 individuals, according to the FBI.

None of the devices went off. 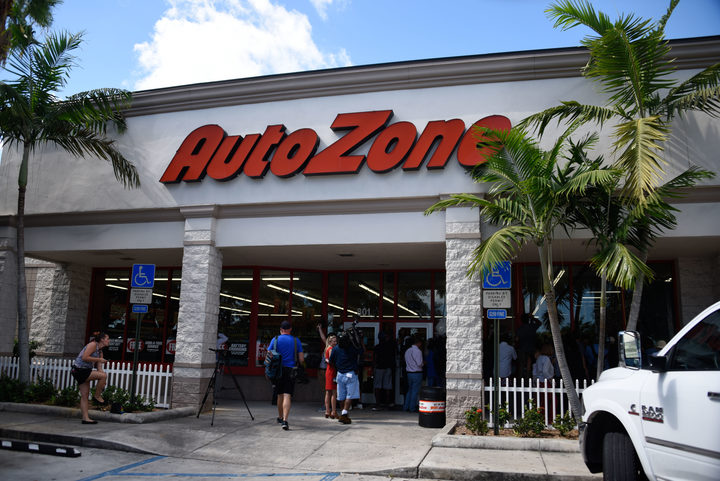 The Auto Zone Store in Plantation, North of Miami where the suspect was arrested. Photo: AFP

What was inside the packages?

FBI Assistant Director William Sweeney said thorough examinations of all the packages were under way at the FBI laboratory in Quantico, Virginia, near Washington DC.

Several of the packages appear to have contained pipe bombs, according to the FBI.

CNN quotes investigators as saying they were functional but unstable, meaning they could be set off merely by handling. They have timers easily bought at retail outlets.

But experts speaking to several US media outlets have cast doubt on their effectiveness after seeing X-ray images.

New York Police Commissioner James O'Neill could not confirm whether all the devices were intended to explode, but he said officials "are treating them as suspected explosive devices".