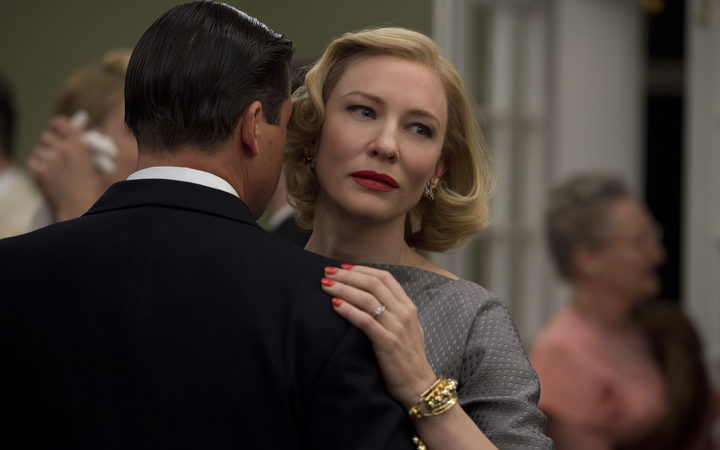 Hollywood has been criticised for giving LGBT roles to straight actors and earlier this year Scarlett Johansson pulled out of playing a trans character following a backlash.

She said: "I will fight to the death for the right to suspend disbelief and play roles beyond my experience."

The actress disagrees with the idea that a performer only really knows a character if they have shared experiences.

"Reality television and all that that entails had an extraordinary impact, a profound impact on the way we view the creation of character," she said during a Q&A at the Rome Film Festival.

"I think it provides a lot of opportunity, but the downside of it is that we now, particularly in America, we expect and only expect people to make a profound connection to a character when it's close to their experience."

When Scarlett Johansson was announced as the lead actor in a film about 1970s Pittsburgh crime boss Dante "Tex" Gill, who was born Jean Gill, some said it showed the limited opportunities given to transgender actors.

Pointing to other actors who've played trans roles, Johansson said of her critics: "Tell them that they can be directed to Jeffrey Tambor, Jared Leto, and Felicity Huffman's reps for comment."

Trace Lysette, who stars in the Amazon series Transparent, said it was representative of a wider problem in Hollywood.

"I wouldn't be as upset if I was getting in the same rooms as Jennifer Lawrence and Scarlett for cis roles, but we know that's not the case," she tweeted. "A mess."

Cisgender describes someone who is not transgender. It applies to an individual whose gender matches their "assigned" sex at birth.

In her second statement announcing she'd no longer be playing the role, Johansson said she'd "learned a lot" from the trans community and was glad there had been a "larger conversation about diversity and representation in film".

"While I would have loved the opportunity to bring Dante's story and transition to life, I understand why many feel he should be portrayed by a transgender person."

Sir Ian McKellen is an actor who's been critical of Hollywood's attitude to gay actors in the past.

He's pointed out that no openly gay man has ever won the Academy Award for best actor, but straight actors have taken home the prize for playing LGBT roles.

Tom Hanks won it for Philadelphia and Sean Penn scooped it for Milk.

In total, 52 straight people have been Oscar-nominated for playing gay characters, including Cate Blanchett for her portrayal in Carol.