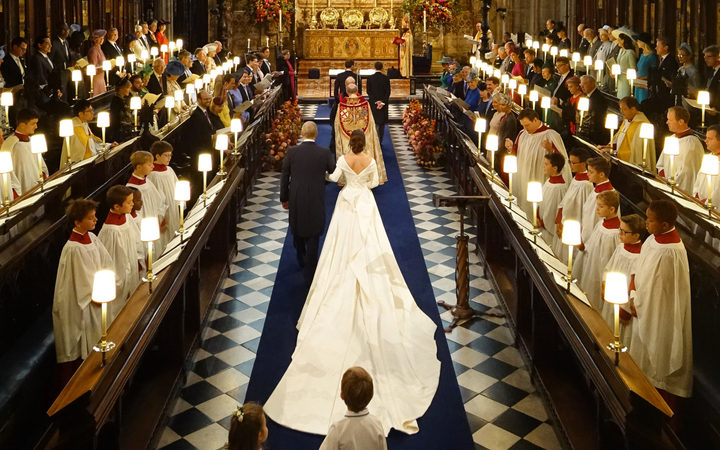 It was the same setting as the lavish wedding in May of Prince Harry and his American actress wife Meghan. The Duke and Duchess of Sussex, as the couple are now known, were among Friday's congregation.

Eugenie's nuptials had much of the same pomp and pageantry as Harry's, but the grandeur for a "minor royal" attracted some criticism.

The 92-year-old queen and her husband Philip, 97, who has retired from official engagements, were joined by other royals and celebrities including Hollywood stars Liv Tyler and Demi Moore, models Kate Moss and Naomi Campbell, and singers Ellie Goulding and Robbie Williams. 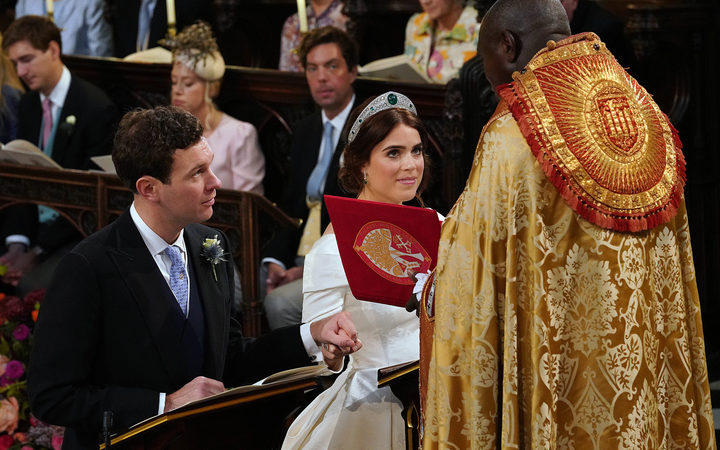 Female guests had to cling on to their hats as a blustery wind threatened their wedding outfits.

Princess Eugenie's dress, by Peter Pilotto and Christopher De Vos of London-based label Peter Pilotto, had a low back to reveal scars from surgery the princess underwent to correct scoliosis when she was 12.

"It's a lovely way to honour the people who looked after me and a way of standing up for young people who also go through this," she told ITV's This Morning ahead of the wedding.

The couple showed clear signs on nerves but beamed happily during the hour-long service.

"This is meant to be a family wedding," Prince Andrew said earlier. 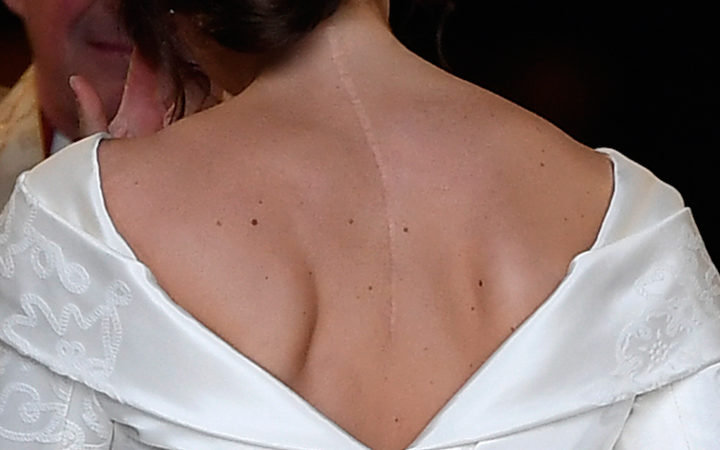 The scar on the back of Britain's Princess Eugenie of York is clearly visable as she arrives for her wedding to Jack Brooksbank at St George's Chapel, Windsor Castle. Photo: AFP

"There will be a few more people than most people have, there are a few more than Harry had, but that's just the nature of Eugenie and Jack - they've got so many friends that they need a church of that size to fit them all in."

Several hundred singing and cheering well-wishers gathered outside in the shadow of the castle, far fewer than the tens of thousands that crammed into Windsor for the previous wedding.

Italian tenor Andrea Bocelli performed during the service led by the Dean of Windsor David Conner.

Eugenie's elder sister Princess Beatrice, the maid of honour, read a passage from the The Great Gatsby describing the smile of the title character, a rich man famed for throwing parties for the 1920s New York glitterati.

The bride had read the F. Scott Fitzgerald novel shortly after meeting Brooksbank in the Swiss ski resort of Verbier in 2010 and it had reminded her of her future husband. 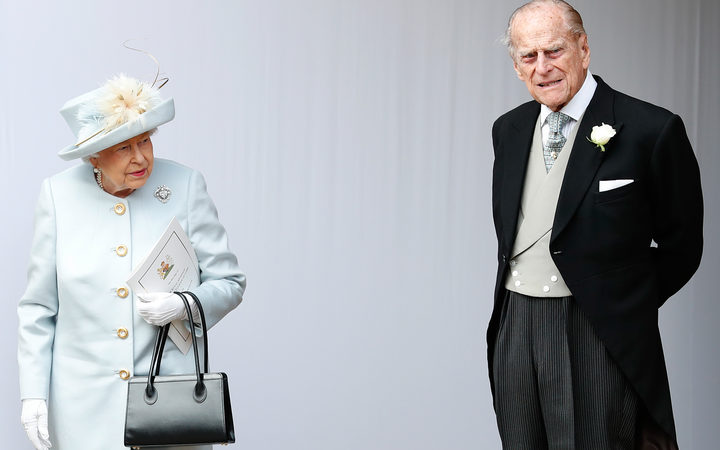 Queen Elizabeth II and Britain's Prince Philip, Duke of Edinburgh wait for the carriage carrying Princess Eugenie of York and her husband Jack Brooksbank to pass at the start of the procession after their wedding ceremony at St George's Chapel, Windsor Castle. Photo: AFP

Princess Charlotte, 3, daughter of Prince William and his wife Kate, was a bridesmaid, and her brother, Prince George, 5, a page boy.

One noticeable absentee was Camilla, the Duchess of Cornwall, the wife of heir-to-the-throne Prince Charles, as she was carrying out an engagement in Scotland.

After the service, the couple took a horse-drawn carriage tour of Windsor before a reception at the castle hosted by the queen.

Eugenie is a director at London's Hauser & Wirth art gallery, and Brooksbank owns a wine wholesale business and is European brand manager for Casamigos Tequila, co-founded by actor George Clooney. 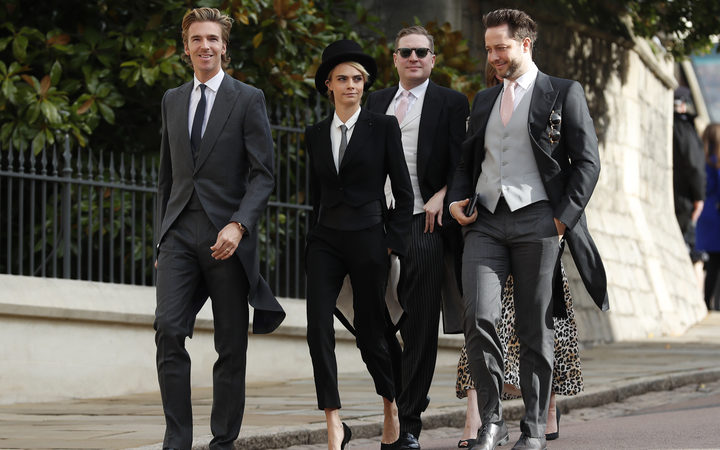 Security around Windsor was tight, with airport-style checks and a heavy police presence. Eugenie does not carry out official royal duties and republicans said it was wrong that the estimated £2 million pound ($NZ4.05m) security bill will be paid by taxpayers.

"Clearly, a line has been crossed today," opposition Labour lawmaker Emma Dent Coad wrote in the Mirror newspaper, saying even usually pro-monarchist papers had criticised the public funding of the wedding "of a minor member of the royal family". 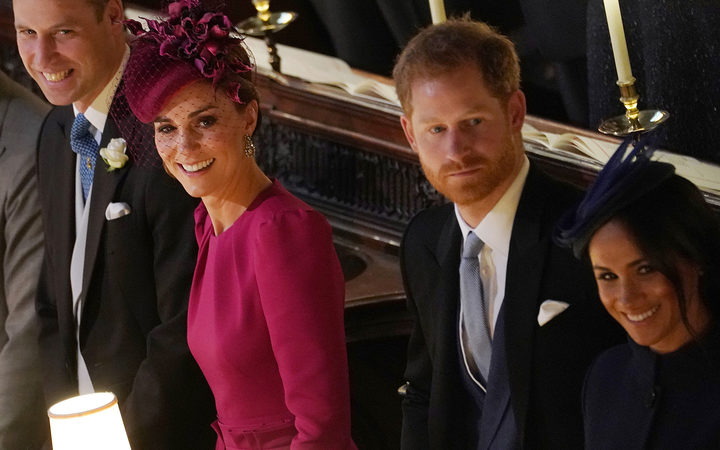