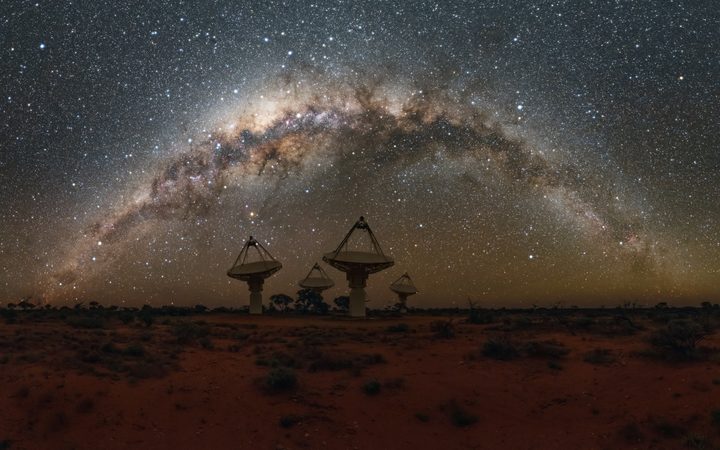 The discovery reported by Australian scientists in the journal Nature reveals some of the closest and brightest bursts ever detected.

Fast radio bursts come from all over the sky and last for just milliseconds. They involve energy equivalent to the amount released by the Sun in 80 years.

CSIRO's Keith Bannister, who engineered the systems that detected the bursts, told Morning Report scientists still did not know what caused them.

"They're really interesting for astronomers for a couple of reasons; the first is that we don't know what makes one, it's a bit of a whodunnit."

The rate of this discovery was also noteworthy compared with the previous detections, Mr Bannister said.

The spate of radio bursts was double the number detected worldwide since they were discovered in 2007, he said.

Lead author Dr Ryan Shannon, from Swinburne University of Technology, said it also the radio bursts travelled much further than from within our galaxy.

"We've also proved that fast radio bursts are coming from the other side of the Universe rather than from our own galactic neighbourhood."

Co-author Jean-Pierre Macquart said the bursts travel for billions of years and occasionally pass through clouds of gas.

"Timing the arrival of the different wavelengths tells us how much material the burst has travelled through on its journey," Mr Macquart said.

"And because we've shown that fast radio bursts come from far away, we can use them to detect all the missing matter located in the space between galaxies - which is a really exciting discovery."

The team's next challenge is to pinpoint the locations of bursts on the sky.