The most powerful hurricane ever to hit north-west Florida has flooded beach towns, submerging homes and snapping trees like twigs. 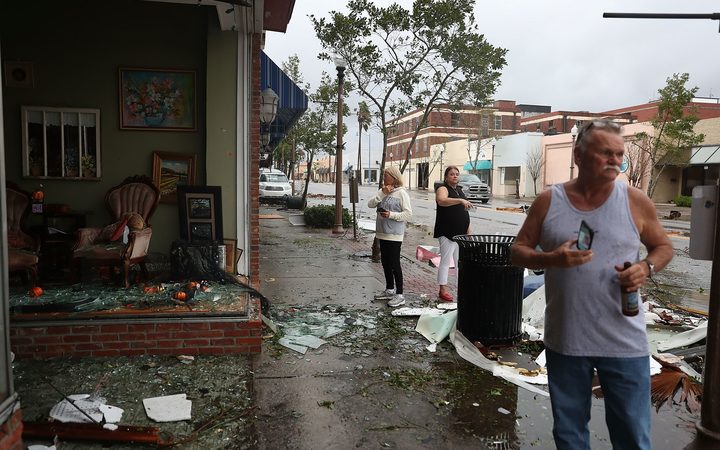 People walk past damaged stores after hurricane Michael passed through the downtown area of Panama City in Florida. Photo: AFP

Unusually warm waters in the Gulf of Mexico turbo-charged the storm from a tropical depression on Sunday.

It was a category two hurricane by Tuesday, and a borderline category five on Wednesday morning, packing 155mph winds.

Florida Governor Rick Scott warned of "unimaginable devastation", saying it would be the worst storm in 100 years.

Michael reportedly killed at least 13 people in Central America: six in Honduras, four in Nicaragua and three in El Salvador.

More than 370,000 people in Florida were ordered to evacuate, but officials reckon many ignored the warning.

The coastal city of Apalachicola reported a storm surge of nearly 8ft (2.5m).

"We are catching some hell," Timothy Thomas, who rode out the storm with his wife in their home in Panama City Beach, Florida, told the Associated Press news agency. 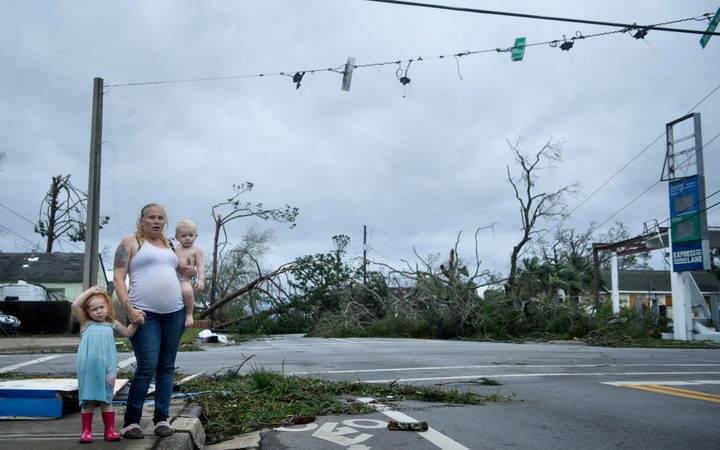 A woman and her children stand near a destroyed gas station after Hurricane Michael in Panama City. Photo: AFP

Michael has already knocked out power to a quarter of a million homes and businesses, as power lines were smashed by falling trees.

"The historical record, going back to 1851, finds no Category 4 hurricane ever hitting the Florida panhandle."

Reuters news agency reports that Michael is the third-most powerful storm ever to make landfall in the mainland US, after Hurricane Camille in Mississippi in 1969 and the Labor Day hurricane of 1935 in Florida.

Federal Emergency Management Agency Director Brock Long said at the White House that he was especially concerned about buildings constructed before 2001, and not able to withstand such high winds.

States of emergency have been declared in all or parts of Florida, Alabama, Georgia and North Carolina. 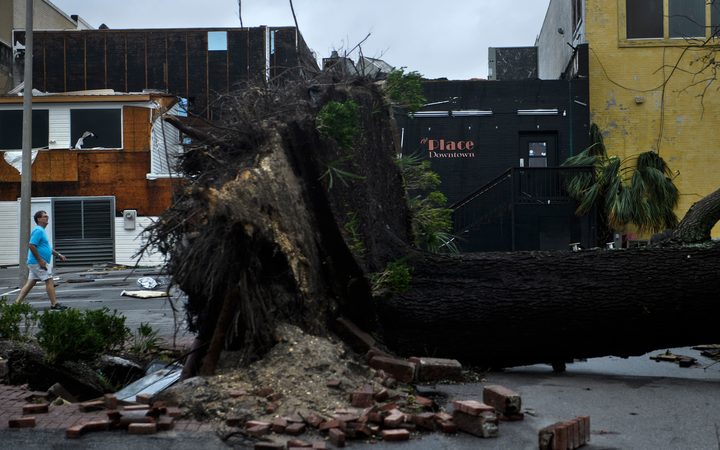 The hurricane made landfall near Mexico Beach, Florida, at around 2pm on Wednesday, according to the NHC.

Forecasters warned parts of Florida could experience storm surges of up to 14ft (4m) and flash floods from up to 30cm of rain.

Schools and state offices in the area are to remain shut this week.

At 1am GMT, maximum sustained winds decreased to 90mph with higher gusts, the NHC said in a bulletin.

"Michael will steadily weaken as it crosses the south-eastern United States through Thursday night, becoming a tropical storm by Thursday morning.

"Michael is forecast to re-strengthen some Thursday night and Friday when it moves off the east coast of the United States and becomes a post-tropical cyclone on Friday," the NHC added.

More than 300 miles of coastline were under threat, the National Weather Service said. 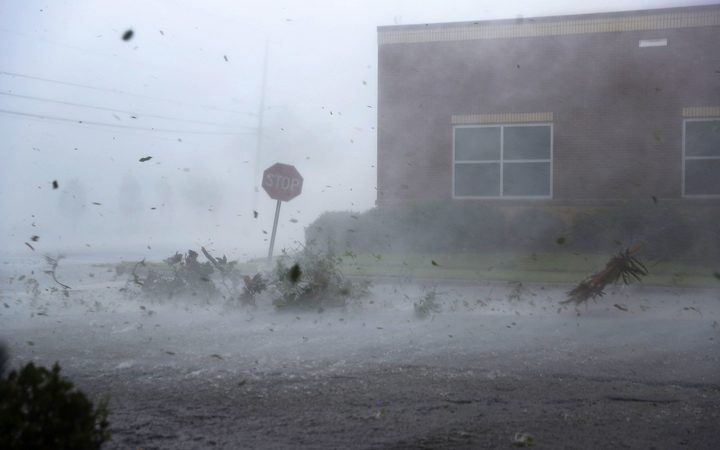 Debris is blown down a street by Hurricane Michael in Panama City, Florida. Photo: AFP