Twenty people were killed when a stretch limousine crashed into another vehicle and pedestrians in the parking lot of a store in rural upstate New York. 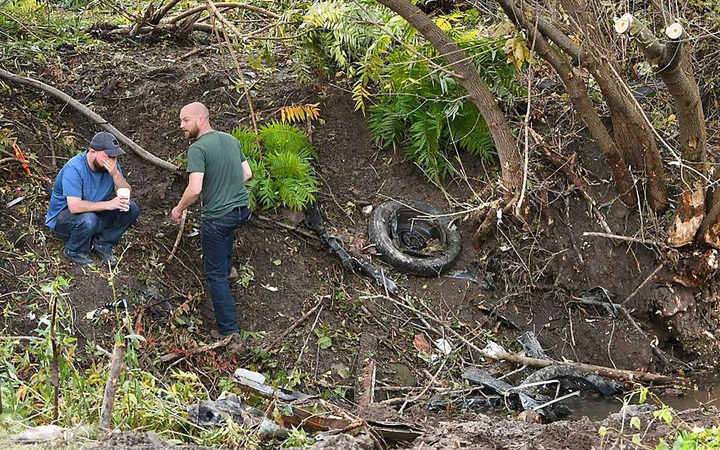 A 2001 Ford Excursion that had been stretched into a limousine charged through a highway intersection without stopping yesterday, New York State Police and the National Transportation Safety Board said.

The limo then hit an unoccupied 2015 Toyota Highlander in the parking lot of a tourist restaurant and slammed into two pedestrians, killing all 18 occupants of the limo and the two people in the parking lot, state police and the NTSB said.

"Twenty fatalities is just horrific. I have been on the board for 12 years and this is one of the biggest loss of lives that we've seen in a long time," NTSB chairman Robert Sumwalt told a news conference.

Emergency vehicles clustered near the parking lot of the Apple Barrel Country Store, the scene of the crash, in Schoharie.

It was the deadliest transportation accident in the United States since a 2009 plane crash in Buffalo, New York, that killed 49 people, Mr Sumwalt said.

The dead included at least two pairs of newlyweds, the New York Times reported. No injuries were reported.

Barbara Douglas, the aunt of four sisters who died in the crash, said the victims were smart, beautiful and lived life to the fullest.

"I don't know how you say it. You can't wrap you head around such a tragedy where you have four of your daughters die," she told reporters at the scene.

"I don't know what to tell you, they were the best nieces that anybody could have," she said.

Names of the victims have not been released pending notification of the next of kin. The NTSB and the New York State Police were probing the cause of the crash and looking into safety regulations in the limousine industry.

The victims were taken to Albany Medical Center where autopsies were conducted. All those killed were adults, state police said.

Bill Waterson, who said he was invited to attend the party that the limousine was travelling from, said he could not believe what he had witnessed, describing it as "terrible", the Albany Times Union reported.

A phone line has been set up to help assist relatives of the victims, police said.

A reporter for local news site Spectrum News, Mercedes Williams, tweeted images and footage from the scene of the incident, which took place near a store and cafe on routes 30 and 30A in Schoharie County.

The images show a long line of emergency services vehicles lining the roads.

#HappeningNow On the scene of a terrible accident just off of route 30A in Schoharie. Looks like one car is crashed in ditch. Emergency crews are very active. pic.twitter.com/ydX6cdOKBE

Eyewitnesses said that a number of people entering and leaving the store were hit in Saturday's incident, local media report.

"I heard this loud bang, I saw a lot of people here at the Apple Barrel [store and cafe] out in the parking lot. Then I heard screaming," said Bridey Finnagen, who lives nearby.

She said one of the vehicles appeared to be a limousine.

Another image shared on Twitter showed a large vehicle that appeared to have crashed into a tree.

New York State Police Cpt Richard O'Brien said the investigation was still in its "infancy stages", adding that "several" separate police units were involved, including a "facial identification unit" and a drone team.

The location of the intersection is said to be in a hilly region where local authorities had only recently banned large trucks from using sections of the route.

New York Governor Andrew Cuomo said in a statement: "My heart breaks for the 20 people who lost their lives in this horrific accident. I join all New Yorkers in mourning these deaths and share in the unspeakable sorrow experienced by their families and loved ones."