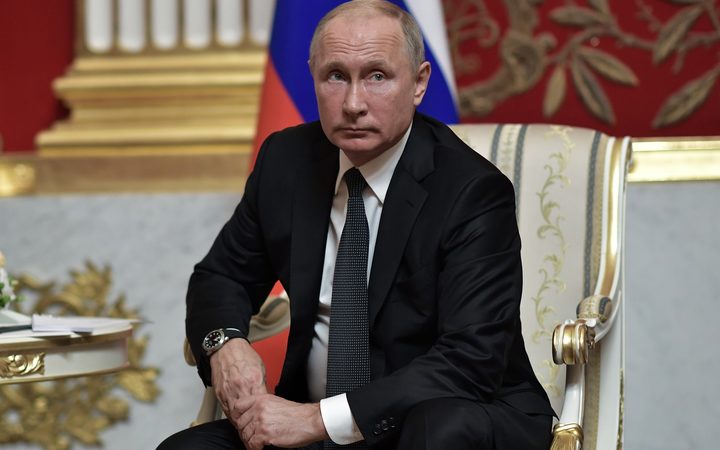 In a speech, he complained that the media were treating Mr Skripal as "some kind of human rights defender", insisting he had betrayed his country.

Mr Skripal and his daughter survived an attack in Salisbury, which the UK says was carried out by two agents of Russian military intelligence.

But a British woman died in another poisoning that police say was linked.

It was sprayed from a modified perfume bottle that was later picked up and given to Dawn Sturgess, who died in July, they say.

Last month, President Putin insisted that the suspects named by UK police were civilians, and urged them to come forward. They later gave a televised interview.

He said today that he thought the whole "information campaign" surrounding the former Russian spy who defected to the UK had been "blown up" and that it would pass, "the sooner, the better".

Mr Skripal is a former Russian intelligence officer, who was arrested in 2004 and put on trial for "high treason in the form of espionage" by a Moscow military court.

Authorities accused him of being a double-agent who shared Russian state secrets with Britain's MI6.

He confessed and co-operated at trial and was then jailed for 13 years, but was pardoned in 2010 then released as part of a prisoner exchange.

"I see that some of our colleagues are pushing the theory that Mr Skripal was almost some kind of human rights activist," Mr Putin said on Wednesday.

The Russian leader, a former intelligence officer himself, then described Mr Skripal as a "traitor to the motherland".