A bottle covered in barnacles containing a love letter washed up on Airlie Beach, in Queensland, Australia. 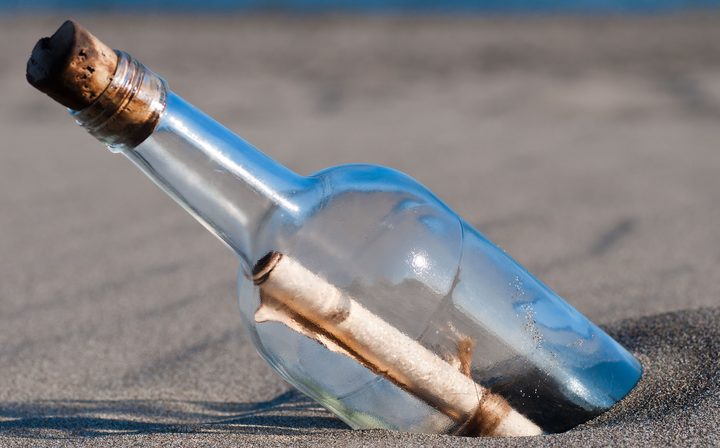 A Chinese message in a bottle saying "I miss my fiancée so bad" has washed up in Australia. Photo: ivicans/123RF

A local tour operator took to social media to find out more.

Once opened, the company discovered the note was written in Mandarin Chinese and appealed for help in translating it.

Soon, help flooded in. Co-worker Rach Elle had a look and when she discovered it was a love letter written by a sailor to his fiancée, she shared his words in the hope that the woman may be tracked down.

The sailor, who was newly-engaged and crossing the Indian Ocean, was not expecting anyone to pick it up, but just wished he could be with his love for ever.

Another former employee, Judy Hu, helped with translation, calling it a "lovely story discovered from the ocean". 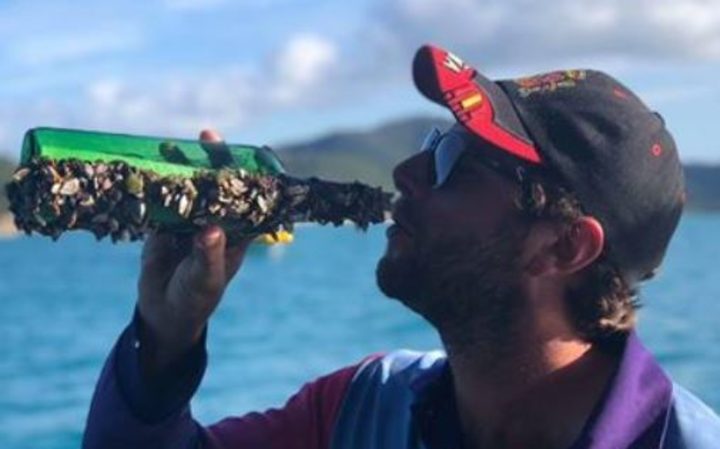 Whitehaven Beach Tours posted a message about the love letter in a bottle on Facebook. Photo: Facebook

And so, the sailor's words were shared: "Deep in my heart, I miss my fiancée so bad. I went to sea straight after I got engaged.

"I feel really sorry for her. This bottle is a way to express my affection from my heart.

"I hope that once I go back home, I will be with Jing for ever.

"This bottle will stay deep in the ocean, I don't expect anyone would get this or even open this.

"I'm just looking for a comfort for my heart."

An Australia-based blogger wrote about the note and appealed for help to search for the fiancée on China's social media site, Weibo, on 24 September.

"There are 1.4 billion people in China. I don't know many Chinese people. Can you help me in your social media?" 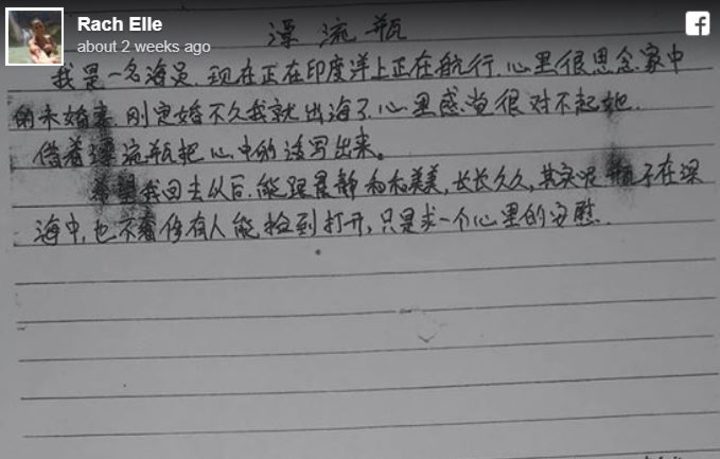 The message found in a bottle that washed up in Queensland, Australia. Photo: Facebook

As photos of the bottle were shared, some users described the note as so romantic, they could cry.

News of the note spread across several Chinese websites, including the Guangzhou Daily.

One woman from Tianjin wrote: "It's amazing to have such a husband. If my ex-boyfriend was like him, we would not have broken up. He left me because of my bad skin which is gone now. Regret being with him. Hope I can find a good boyfriend for myself."

In Shanxi, all hope was restored for one Weibo user who wrote: "There is something called true love."

As yet, neither the sailor nor the fiancée have been tracked down. Let's see if the message finally gets across.