Almost 60 years after the contraceptive pill arrived in New Zealand, there is still no male equivalent. Why does the burden for birth control largely continue to rest on women? Are men willing to step up? And why aren't pharmaceutical companies coming to the party? Bonnie Sumner* investigates. 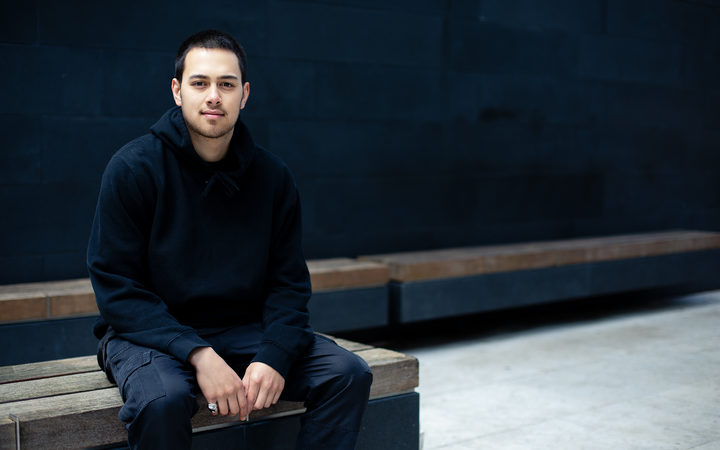 The array of contraceptives available to women is dazzling. There's the under-skin implant, the daily oral pill, the copper or hormonal IUD, the patch, the injection, the ring, the diaphragm and the permanent tubal ligation. Male contraception, on the other hand, has been a promise for decades, yet condoms or a vasectomy remain the only options. Of course, there are also abstinence and castration, but neither is very popular.

Only 21 percent of men rely on a form of male birth control (including the very risky withdrawal method), according to a 2015 United Nations study on contraceptive use, leaving females overwhelmingly responsible for preventing unwanted pregnancy.

If women feel disgruntled, they may find comfort in knowing men are unhappy with the situation too.

Auckland student Rainton Oneroa, 19, wishes there was a male pill and says he would "100 percent" take it. He is not ready to start a family, and the idea of getting a woman pregnant at this stage of his life makes him feel "really scared". Condoms are the only real option for him. "The thing is that men, especially young guys, just don't like the idea of using a condom in the first place, mainly for pleasure reasons. The majority of my friends will definitely take the risk after a few drinks and not wear one, and the repercussions of that can be terrible," he says.

Research supports his sentiment. According to the US Centers for Disease Control and Prevention, only 46 percent of unmarried, sexually active males between the ages of 15 and 44 use condoms. And while great for preventing STIs, condoms are often used inconsistently. A 2011 review of all methods of contraception in the US found 18 percent of those who used condoms as their primary form of contraception ended up with a pregnancy by the end of the year, a statistic not much better than those for the withdrawal method.

Oneroa is also bothered by the idea that women must bear all the responsibility for contraception. "Whenever you're with somebody else, even in a relationship, all the pressure is all on the female, and imagine being able to eliminate all the hormonal dysfunctionality that comes with being a female being on the pill. There's so much trial and error with finding the right dosage whereas being a guy, I don't have to deal with periods, so being able to control that myself, and knowing that I know I'm safe even if she's on the pill - why would you not just both be protected in that situation?"

The first experiments for a reversible male contraceptive were conducted around the same time the female pill was being developed, in 1957, by the same co-creator, Gregory Pinkus. Since then, various trials have been launched and foundered. Gossypol, derived from the cotton plant, showed particular promise in the 70s, but ran into problems when scientists realised it caused permanent infertility in more than 20 percent of test subjects. The best current estimate is that a new form of male contraception is still 10 to 20 years away.

Family Planning's national medical advisor Dr Beth Messenger is sceptical. She says the same type of timelines were being touted when she was at medical school 20 years ago. Still, she says, "every step is encouraging."

In the meantime the stalled attempts at developing male contraceptives are often the subject of conversation during Family Planning appointments. "It is a topic that comes up not infrequently in clinic, in the sense that our clients say, 'Why aren't there more options?'"

What Family Planning can suggest to male clients is limited. "Withdrawal isn't even on our list because its effectiveness isn't much better than using nothing. Vasectomy isn't funded, which limits access, and they need to go into it assuming it's permanent - it can be reversed but something like only one in three is successful. So the burden still largely falls on women," Dr Messenger says. 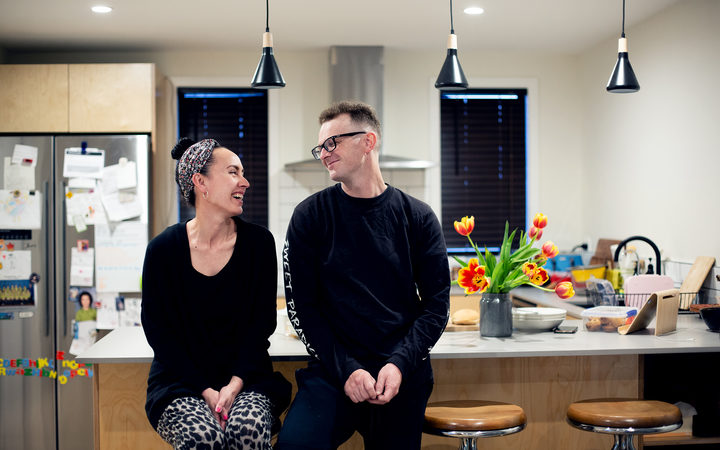 Katie Flannigan has had issues with every method of contraception, so Elliot McMannis is trying to take responsibility for birth control, but his only option is vasectomy Photo: RNZ / Luke McPake

That's a problem for Auckland couple Katie Flannigan and Elliott McMannis. "I've had major issues with any type of contraception," says Flannigan. "My body doesn't react very well to the pill, I'd take it and then I'd turn into a greasy, depressed, putting-on-weight, unhappy person. Then I'd go off it and feel really happy. I've had a few issues with the IUD and I also have a latex allergy."

After the birth of their daughter, the pair decided their family was complete, and Elliott stepped up to take responsibility for contraception. He's now considering his only real option - a vasectomy.

If he goes through with it, he'll be joining a large group of Kiwi men who have had the minor surgery. New Zealand has one of the highest vasectomy rates in the world - 18 percent of adult males and more than 25 percent of married men have had the snip.

Dr Jonathan Masters, also known around Auckland as The Vasman, has conducted more than 7000 vasectomies, and says the procedure remains the best contraceptive option for those in long-term relationships who have completed their families. "The vast majority of blokes who have vasectomies are doing it for exactly the right reason, they're doing it for their wives or partners, and so they might have had two or three children and their wives have said, well look, your turn now. They're doing it because they're helping," he says.

Dr Masters says the lack of male contraceptive options is a simple matter of biology. "It's very easy to say, 'Oh why can't this happen?' But probably 99.99 percent of the people who say that have got no idea of the biology and if it could have been done, if it was that easy, it would have been done at the same time as the female pill. It's not because they chose women over men - there's no sexism in this - it's just, you know, why was the car invented before aeroplanes? The technology was so much easier."

Why can't scientists build the the aeroplane of contraceptives? Scientifically, developing a new male contraceptive is complex. Men create millions of sperm, where women produce just one egg a month, a much easier biological function to manipulate. 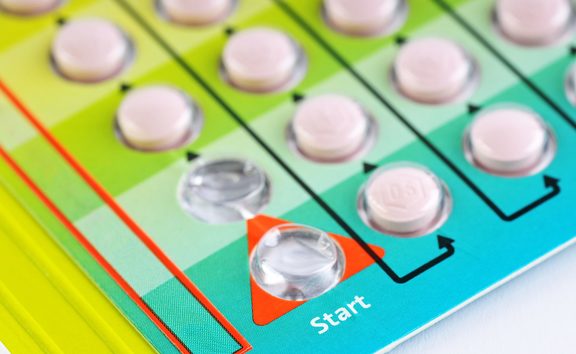 It is easier to develop hormonal contraceptives for women than men Photo: lcalek/123RF

Biologically, it's easier to tell the ovaries, via a low dose of oestrogen and progestin, that a woman is pregnant, which stops ovulation. Some hormonal contraceptives also change the cervical mucus, making the cervix too thick for sperm to travel to and find an egg, while others prevent pregnancy by changing the lining of the womb so a fertilised egg can't implant itself.

But there is no normal state in which men stop producing sperm. Many experiments have focused on hormonal methods, similar to the female pill, but side effects have torpedoed the efforts.

A clinical trial conducted by the World Health Organization and a reproductive health institute called CONRAD found a hormone injection was 96 percent effective but had to be stopped due to side effects. These included erectile dysfunction, and remaining subfertile after use. A University of Washington trial completed this year shows more promise, with depression, acne and mood swings reported - all of which probably sound familiar to women who have been on the pill - but has so far only been conducted on a small number of participants for a month.

Other complications with male hormonal contraception trials have included more serious side effects, such as lowering HDL (good) cholesterol, erectile dysfunction, and ongoing subfertility. There are also reported differences in how men from different ethnicities respond to some hormonal contraception, meaning the medications are not universally effective in the same way they are with women.

Despite the setbacks, researchers aren't giving up. New promising methods include non-hormonal approaches, with current studies ranging from an African plant extract that was used as a heart-stopping poison on hunters' arrows, a blood pressure pill which produces a semen-free orgasm, a herb in Indonesia called gendarussa which weakens the sperm so it can't penetrate the egg, a cancer drug that affects sperm motility and production, and so called 'vas-occlusive' methods - devices which work to block sperm travelling through the vas deferens, essentially a 'reversible' vasectomy.

'Pharmaceutical companies haven't been confident the market is there'

It's not just the long and complex research that is slowing down the arrival of male contraceptives. Logan Nickels, Director of Operations and Programs at US-based non-profit Male Contraceptive Initiative (MCI), says the slow pace is also tied up with a lack of desire from pharmaceutical companies. "The initial investment for creating a drug is huge, and pharmaceutical companies haven't been confident the market is there to make that investment back. However, studies have shown a significant market exists," he says.

In fact, research conducted by MCI shows half of men polled want more male contraceptive options. "There hasn't [previously] been quite the mandate from the public that there has been in recent times. Men and women are [now] interested in this, and starting to speak up that the status quo isn't meeting everyone's needs. We're hopeful that this groundswell of support will also overcome the other big hurdle - money." 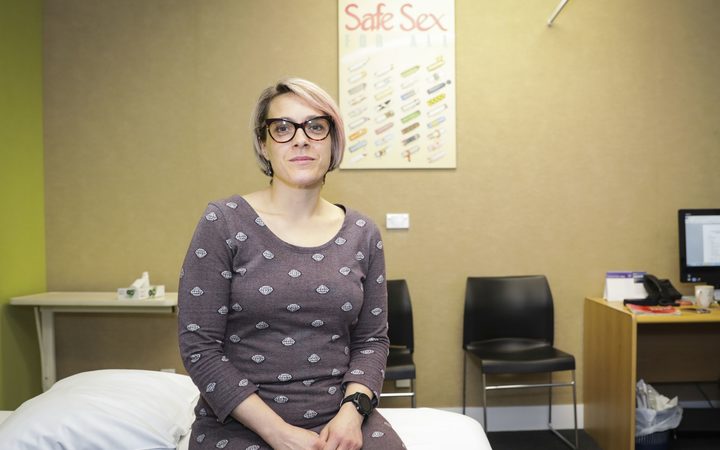 Dr Beth Messenger says one reason there is a lack of male contraceptives is money. Photo: RNZ / Rebekah Parsons-King

Family Planning's Dr Messenger agrees it really is about money. "They're saying there isn't a big enough market for it. But I don't know that they have good evidence that there's no market for it. I guess what they mean is that they won't make enough profit out of it."

The market, she says, is certainly there. In New Zealand, anyway. "Men are interested in options too, it's not just the women who want to be able to pass on the responsibility. I would say there will be a market for it as long as it is safe and effective and the side effects are tolerable. Which is pretty much where we're at with the female options that we have."