"All teenage girls should be offered a long-lasting contraceptive before they become sexually active."

If that proposition triggers many questions and emotions, the people presenting the argument say it's meant to. 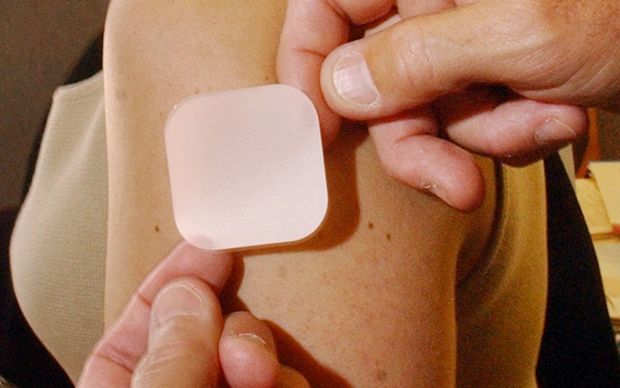 One option for long-lasting contraception for women is a patch, which slowly releases oestrogen through the skin. Photo: AFP

Some health lecturers are making the case for a scheme to give all New Zealand teenage girls "long-acting reversible contraception". They say it should be up to the girls to opt out if they don't want the birth control.

The group - which specialises in obstetrics, gynaecology and bioethics at the University of Otago - will not specify the age at which any such scheme should start until they have done more research.

But they believe the contraceptive should be free to teenagers, and before they become sexually active, because they contend that pregnancy places a huge financial burden on teenagers and the whole of society.

Helen Paterson, from the university's department of women and children's health, said teenagers should not have to go looking for contraception.

"Some people would argue that we have an opt-in or out [scheme] already, and clearly that's not working particularly effectively.

"What we want to do is make something that's universally available... so that adolescents can easily access good care in terms of their contraception that's provided to them." 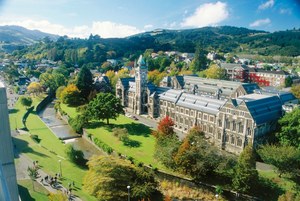 There is a long-lasting contraceptive funded by the national drug manager Pharmac. It's called Jadelle and is an implant put into the girl's upper arm by a doctor. It can last for five years.

But it's not free, and Dr Paterson said girls shouldn't have to pay for Jadelle or any equivalent.

"If you use withdrawal as a method, pregnancy rates are 22 percent per annum. If you use condoms it is 18 percent, if you use the pill it is 9 percent, and if you use a LARC [long-acting reversible contraception] it is 0.5 percent."

Neil Pickering, a senior lecturer at the university's bioethics centre, is not expecting his advocacy for the contraception to resonate positively with everyone.

"I would expect there to be a reaction against this because it's a fairly new suggestion that people perhaps haven't thought about previously."

"The idea of giving young people, teens, medication which you might say they don't need and can't benefit from ... all these things would no doubt come into people's minds and in addition to that people might have fears such as 'oh, won't that mean they'll start going out and having sex willy-nilly with everybody'."

The Otago team talk about any scheme being an 'opt-out' programme.

"I would imagine, off the top of my head, that it would happen a bit like vaccinations happen. It would be a routine thing, and being done through schools would be an obvious way.

"So obviously the parents and the children themselves would need to be informed that this is going to happen, and informed that they have the option not to take part if they don't wish to," Dr Pickering said.

He said, if a national contraceptive project were to be launched, he would expect it to be accompanied by sex education.

'Not a one-off task'

The Youth One Stop Shop provides health and social services to young people in Palmerston North.

Clinical director Dave Ayling said it was the job of health professionals to balance the risks and benefits of pregnancy, and to engage with young people to help them make better decisions about their contraception.

"Rather than fund a national opt-off programme, I would want to see a national programme of funded services that enabled young women to make better decisions for themselves, to avail themselves of current best evidence contraception, and to have the current high barriers to access removed.

"Contraception is not a one-off task that involves sticking some rods in an arm."

But he said the issues needed to be raised.

"The proposal is at least bringing to attention the inequities of our current health system regarding contraception, but from my perspective engaging young people is as important as just contracepting them all.

"I also worry about ongoing costs associated with LARCs for managing potential side-effects that a lot will not be able to afford, so focusing on a sustainable equitable contraception service is more where the emphasis should go," he said.