When it comes to catching rats, cats leave a lot to be desired. 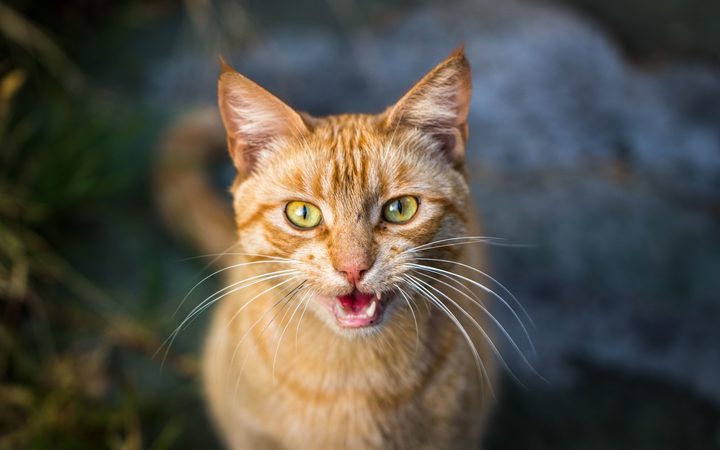 This is according to researchers who planted microchips in rats living in a Brooklyn, New York, waste recycling facility and watched how they interacted with a bunch of feral cats that moved into the area.

Their results, published in Frontiers in Ecology and Evolution, showed that contrary to expectations, the cats killed just two rats in nearly three months.

The rats didn't move away, either. They mostly stayed out of sight and if they wandered into the open, they were a little more cautious.

At least 70 per cent of people will be living in cities by 2050, said Michael Parsons, an ecologist at New York's Fordham University and lead author of the study.

"There's an old saying, 'know thy enemy', so we're trying to know as much about city rats as possible," he said.

And what better place to start than New York City? It's renowned for its rat population, where fully grown individuals tip the scales at more than 300 grams.

Some weigh well over half a kilogram.

Last year, the city announced a $US32 million plan to wipe out 70 per cent of rats in the three worst-infested neighbourhoods.

The New York City pizza rat is a bit of an anomaly - the rodents tend to avoid open spaces:

But despite co-existing for hundreds of years, we don't know a whole lot about urban rat behaviour.

This is partly because the research involves trapping and releasing rats again when occupants of ratty sites would rather see them dead.

Luckily for Dr Parsons, a waste recycling facility in Brooklyn was happy to let him and his team follow a colony of around 120 to 150 rats in one of their semi-enclosed buildings.

At the beginning of the study, there were no cats in the building. Dr Parsons was interested in finding out what the rats were getting up to.

He did this by luring rats into traps with rat pheromone, knocking them out with anaesthetic, taking measurements and weighing them, implanting a microchip and setting them free again.

And two days after Christmas last year, the cats showed up.

The cats were attracted, he suspected, by the rat pheromone.

But rather than call off the research, he and his colleagues decided to embrace the new additions.

They set up night vision cameras to see how the rats responded to the feline arrivals.

Despite the rats regularly popping out into the open, the cats barely bothered pursuing them.

From more than 300 videos over 79 days, the researchers saw only 20 instances of a cat stalking a rat.

As for actually chasing down a rat, this only took place a grand total of three times. Two happened when a cat grabbed a rat that was hiding behind a box.

Neither of those rats were microchipped, so the researchers didn't know how big they were, but they looked quite small.

It is possible they were sick or poisoned.

The unsuccessful hunting attempt looked more like a game, with the rat stopping mid-chase and the cat stopping behind it too.

That's New York City. What about the rest of the world?

While it's based on a limited sample of video evidence, the study's conclusions fit with those from similar research stretching back decades, according to Australian National University conservation ecologist Sarah Legge, who wasn't involved in the study.

A 1953 paper looked at how cats could be used to control rats on farms in the UK and found cats had little effect.

"If you have cats on farms, they are completely ineffective at controlling a rat population unless you get rid of the rats first, by poisoning, for example," Dr Legge said.

"Then if you get cats in place, those cats will be quite effective at preventing re-invasion of rats."

This is because, she added, the invading rats "are smaller in number, one or two at a time, and are often smaller in size, because they're usually juveniles".

"Once you're dealing with big rats that are over 300 grams, cats are a lot less keen to hunt them," she said.

Study co-author Peter Banks, a conservation biologist at the University of Sydney, is conducting similar rat research in Sydney.

For now at least, it's a bit of urban myth that cats keep rat numbers down. So if you're considering getting a cat for this reason, think again.

"You might kill a few rats, but at what cost to native wildlife?"