The organisation behind Sesame Street has denied co-habiting duo Bert and Ernie are gay, following comments by one of the show's writers. 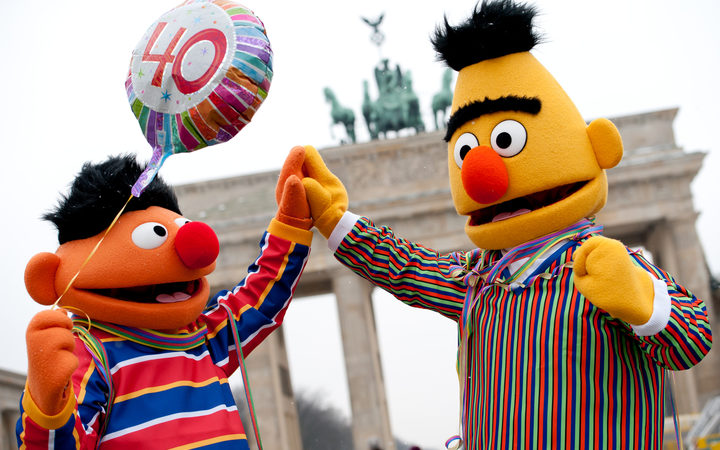 Mark Saltzman said his writing about the room-mating couple was based on his relationship with film editor Arnold Glassman.

Sesame Workshop then issued a statement saying the pair "do not have a sexual orientation".

Bert and Ernie may look human, but the pair "remain puppets", it said.

"They were created to teach pre-schoolers that people can be good friends with those who are very different from themselves."

It broadly repeats past statements the non-profit organisation has made about the stripy-clothed duo when questions arose about their relationship.

Mr Saltzman made his assertion about the two in an interview with LGBTQ news site Queerty.

"I always felt that, without a huge agenda, when I was writing Bert and Ernie, they were [a couple]," he said.

Mr Saltzman joined the show in 1984, 15 years after the pair debuted on the show.

"I don't think I'd know how else to write them, but as a loving couple."

There has been decades of speculation about the puppet pair, who have been roommates - albeit in separate beds - at 123 Sesame Street since the programme's pilot episode in 1969.

Bert and Ernie have become icons in the gay community over the years, and even inspired parts of the puppet Broadway musical Avenue Q.

The New Yorker ran a cover image of the pair watching television in each other's arms in July 2013, entitled "Moment of Joy".