Game of Thrones and The Marvelous Mrs Maisel won the big awards at the Emmy Awards in Los Angeles today. 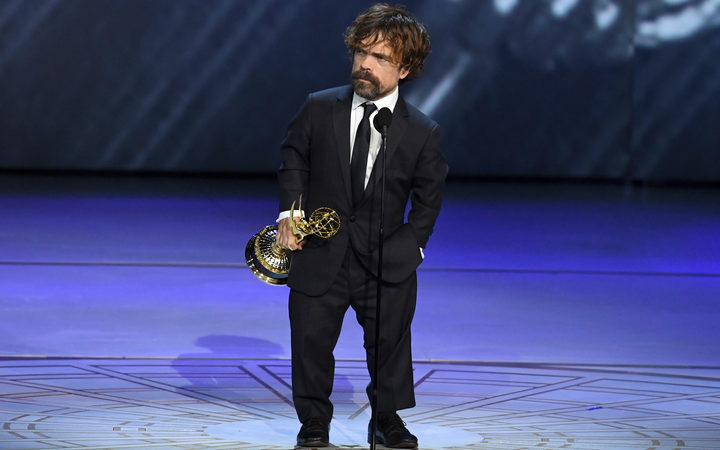 Game of Thrones was named the best drama series after being absent from last year's nominations due to a delayed season - it also won in 2015 and 2016. Pete Dinklage was named best supporting actor for his work as Tyrion Lannister.

Claire Foy took home the best actress in a drama series for her role as Queen Elizabeth II in The Crown.

In her acceptance speech, the actress described her time on the Netflix series as "the most extraordinary two-and-a-half years of my life.

"I was given a role I never thought I would ever get a chance to play, and I met people who I will love for ever and ever."

Olivia Colman is due to take over the role from Foy as the show enters its third season. 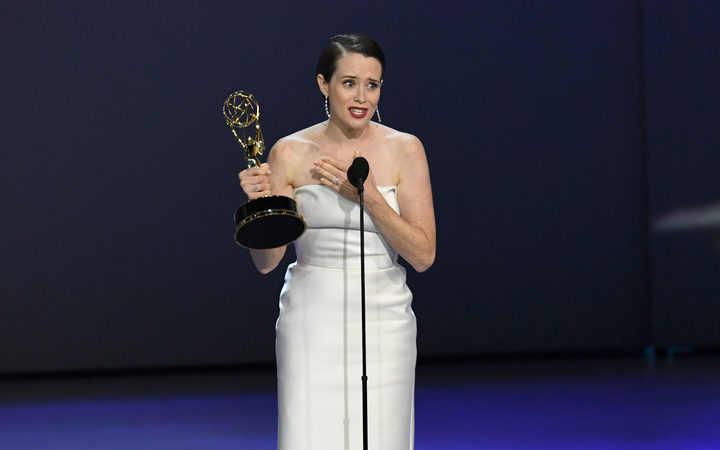 Claire Foy accepts the Emmy award for Outstanding Lead Actress in a Drama Series for 'The Crown'. Photo: AFP

Welsh actor Matthew Rhys, star of The Americans, picked up the prize for best leading actor in a drama series.

"Parts like these come along so rarely. I will forever be in your debt," he told series creator Joe Weisberg in his speech.

Thandie Newton was awarded best supporting actress in a drama series for her role in Westworld.

"I don't even believe in God but I'm going to thank her tonight," the actress said as she took to the stage to collect her trophy. 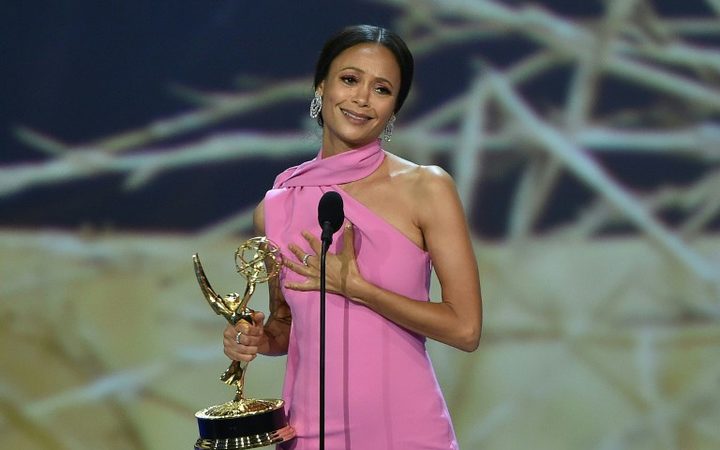 Henry Winkler won his first Emmy - supporting actor in a comedy series for his role in Barry - 42 years after he was first nominated for playing The Fonz in Happy Days.

"Skip Brittenham said to me a long time ago, 'if you stay at the table long enough, the chips come to you,' and tonight I got to clear the table," he said in his acceptance speech.

Darren Criss won his first Emmy for his leading role in The Assassination of Gianni Versace: American Crime Story, which also won the award for best limited series.

Jeff Daniels took home the prize for best supporting actor in a limited series or a television movie for his role in Netflix's Godless.

In addition to his family and co-workers, Daniels thanked the streaming service for "letting artists be artists".

He added: "Little tip for you young actors - when they call and say 'Can you ride a horse?' don't lie. You will find on day one that you're in the Kentucky Derby." 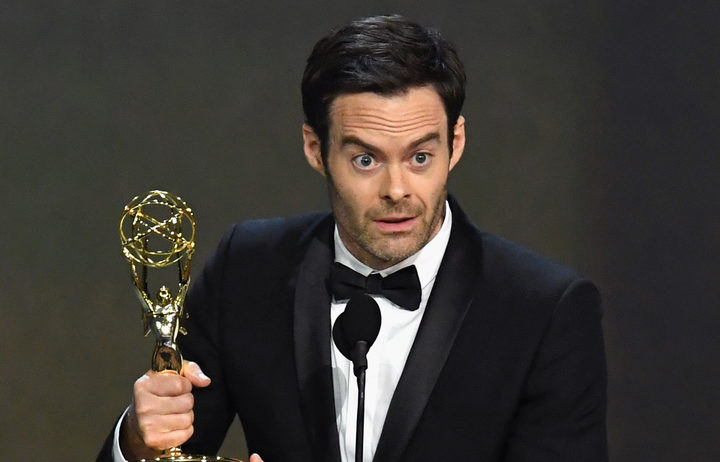 But one of the night's most memorable moments came from Glen Weiss, who proposed to his girlfriend from the stage during his speech.

While accepting outstanding directing for a variety special for The Oscars, he spoke to his partner Jan Svendsen, who was sitting in the audience.

Svendsen, who looked shocked and delighted, then made her way up to the stage to accept his proposal.

Weiss said he was giving her the ring "that my dad put on my mom's finger 67 years ago". His proposal came just two weeks after the death of his mother, which he also referred to in his speech.

Rhys joked about the moment later in the night, telling the audience as he collected his award that his girlfriend had whispered to him: "If you propose to me I will punch you clean in the mouth."

Kenan Thompson and Kate McKinnon kicked off the ceremony at the Microsoft Theatre in Los Angeles.

"We're celebrating the fact that this year's Emmy Awards has the most diverse group of nominees in Emmy history," Thompson said.

Despite this, all of the early awards in the ceremony went to white people, until Regina King won for her role in Seven Seconds.

See how it all unfolded with RNZ's live blog here.

Best leading actress in a drama

Best leading actor in a drama

Best supporting actress in a drama

Best supporting actor in a drama

Best lead actor in a limited series or movie

Best lead actress in a limited series or movie

Best lead actor in a comedy

Best lead actress in a comedy

Best supporting actress in a comedy

Best supporting actor in a comedy