A Novichok nerve-agent scare in the English city of Salisbury has turned out to be just that - a scare, not the real thing. 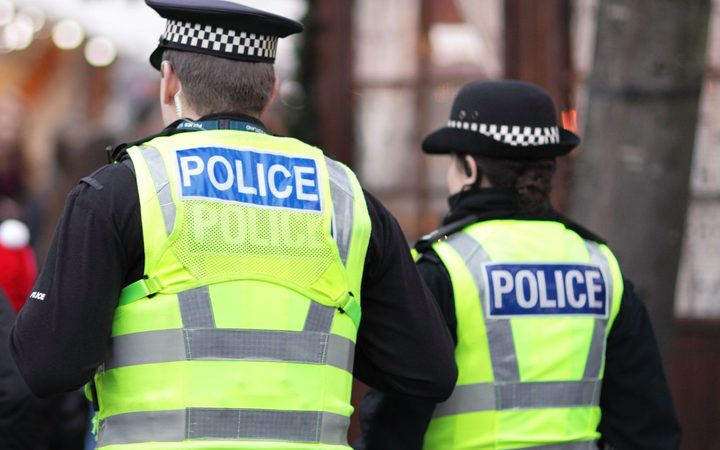 Police responded to a "medical incident" at a Prezzo restaurant in Salisbury, Wiltshire. Photo: 123rf.com

When two people fell ill at a restaurant earlier today, there were fears of a repeat of the Novichok nerve-agent attack on a former Russian spy and his daughter in Salisbury in March.

Roads were sealed off and police officers and paramedics wearing protective suits were deployed in the area.

However, the police now say it was a medical incident, and there's nothing to suggest Novichok was involved.

Police were called to the Prezzo restaurant in the city in response to a "medical incident" involving a man and a woman, Wiltshire Police said in a statement earlier today.

Trouble in Salisbury again on New Street near the cathedral, no sign of what’s happened but there’s 1 fire engine, 1 ambulance and 4 police cars, a man in a full white body suit with a mouth-mask and police not allowed to tell us what’s happening @BBCNews @SpireFM @SkyNews pic.twitter.com/3XpNVkH9or

"As a precautionary measure, the restaurant and surrounding roads have been cordoned off while officers attend the scene and establish the circumstances surrounding what led them to become ill," it said.

The ambulance service said the patients were conscious and were being treated at the scene.

Four ambulances were sent to the scene, including a hazardous area response team, a spokesperson said.

Witness Sam Proudfoot, 16, said: "There's a man in a full white body suit with a mask to his mouth going in and out of the back of the ambulance and the restaurant."

The former Russian spy and his daughter survived the murder attempt, but an unconnected woman, Dawn Sturgess, died in July and her partner Charlie Rowley fell ill after Mr Rowley found a perfume bottle containing the same nerve agent.

Earlier this month, British prosecutors identified two Russians they said were operating under aliases - Alexander Petrov and Ruslan Boshirov - whom they accused of trying to murder the Skripals with a military-grade nerve agent.

Britain charged the two men in absentia with attempted murder, and said the suspects were military intelligence officers almost certainly acting on orders from high up in the Russian state.

Two Russians resembling the men said on television last week that they were innocent tourists who had flown to London for fun and visited the city of Salisbury to see its cathedral.

They surfaced a day after President Vladimir Putin said Russia had located Mr Petrov and Mr Boshirov, but that there was nothing special or criminal about them.