European Union officials are working on re-drafting a sensitive Irish protocol to the draft Brexit treaty with Britain, as part of what EU negotiator Michel Barnier has called efforts to "de-dramatise" the issue and get a deal, EU officials said today. 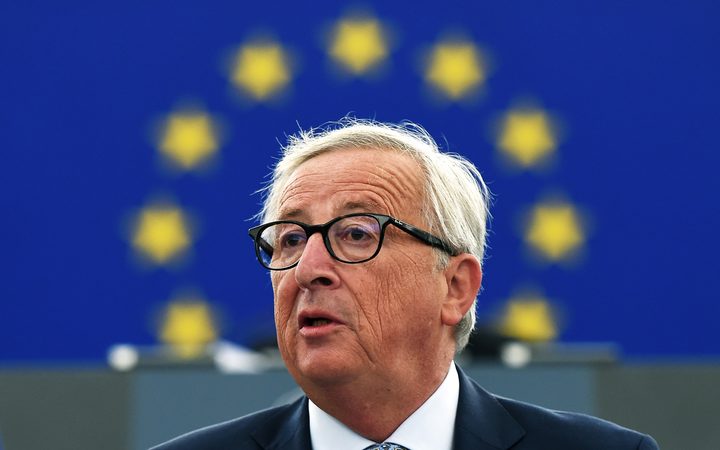 European Commission President Jean-Claude Juncker said the EU was not willing to go along with British proposals that would let the Republic of Ireland suffer as a result of Brexit. Photo: AFP

Officials and diplomats close to the negotiations told Reuters previously this month that work was under way to find wording that could ease British fears that the "backstop" to avoid a hard land border between Northern Ireland and the Irish Republic would pull the province away from its constitutional anchor to the United Kingdom.

British officials have said their problems with the EU-proposed backstop go beyond language and point out that Prime Minister Theresa May's Northern Irish allies in the British Parliament, the Democratic Unionist Party, would not be easily mollified.

Another said work was now fully under way on a new text before Mrs May meets the other EU leaders at a summit in Salzburg next week.

However, as Mr Barnier's boss, European Commission President Jean-Claude Juncker, told the European Parliament today the EU was not willing to go along with British proposals that it believed would give UK business a free-ride back-door entry to the EU single market or to let the Republic of Ireland, an EU member, suffer as a result of Brexit.

At the same time, Mr Juncker stressed, the EU was looking to forge a close partnership with Britain.