US conspiracy theorist Alex Jones and his website Infowars have been permanently banned from Twitter and Periscope. 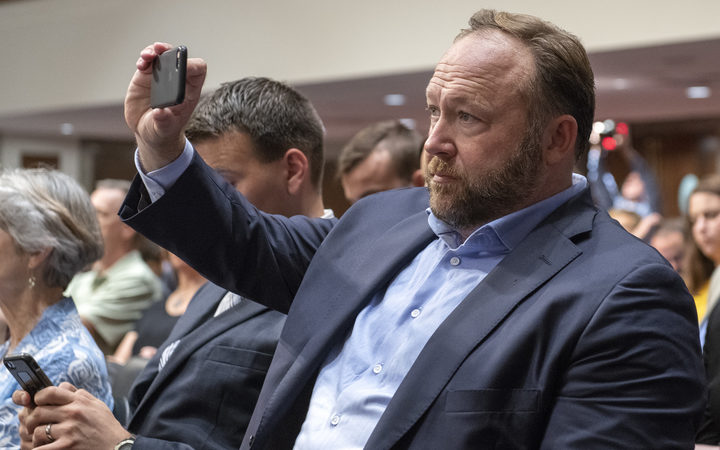 "As we continue to increase transparency around our rules and enforcement actions, we wanted to be open about this action, given the broad interest in this case," the company tweeted.

In a video posted on the Infowars website, Mr Jones said: "I was taken down not because we lied but because we tell the truth and because we were popular."

Mr Jones, whose conspiracy theories include that the 2012 Sandy Hook school massacre was a hoax, hosts the syndicated radio program The Alex Jones Show.

Last month, Mr Jones lost a bid to dismiss a defamation lawsuit brought against him by the parents of a boy who was killed in the Sandy Hook shooting.

Mr Jones attended a Senate Intelligence Committee hearing on Thursday on ways to counteract foreign efforts to influence US elections and political discourse.

Mr Jones made headlines after he confronted Republican Senator Marco Rubio while Mr Rubio was being interviewed.

Twitter said it would evaluate any reports regarding other accounts potentially associated with Jones and Infowars.

Last month, Twitter banned Mr Jones and Infowars for seven days, citing tweets that it said violated the company's rules against abusive behaviour, which state that a user may not engage in targeted harassment of someone or incite other people to do so.