The skulls of at least 166 people have been found in a mass grave in Mexico's eastern state of Veracruz. 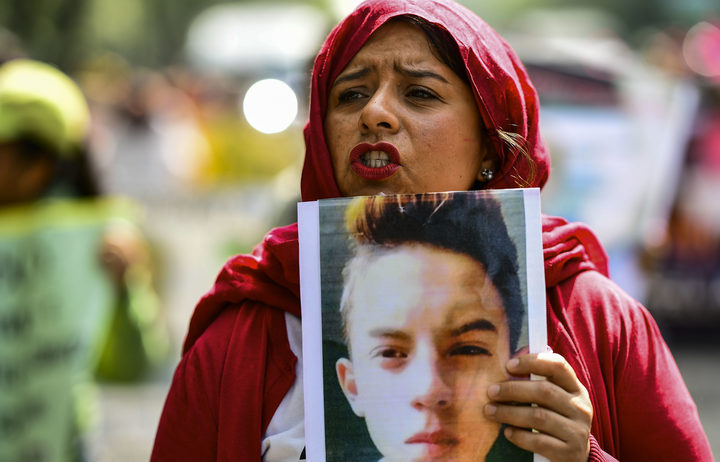 Mexican mothers and activists protested earlier this year calling for more to be done to find missing people in a country ravaged by the violence of drug cartels. Photo: AFP or licensors

State prosecutor Jorge Winckler said the skulls and other human remains had been there for at least two years.

The exact location was not being disclosed for security reasons, he said.

Drug traffickers had used Veracruz as a dumping ground for their victims for many years.

In March 2017, 250 skulls were found in another mass grave in Veracruz.

Mr Winckler said investigators had also found about 200 items of clothing, more than 100 identity cards and other personal belongings.

Officials were focusing on the skulls to work out the exact number of victims.

Drones and ground-penetrating radar were helping to locate the remains and forensic experts were still working at the scene.

Mr Winckler could not rule out finding more victims.

Relatives of people who had disappeared in Mexico had long been campaigning for more to be done to help them find their loved ones.

Drug-related violence in Mexico had soared since 2006, when the army was deployed to fight the powerful cartels.

Another 37,000 people were registered as missing.

Victims included drug cartel members and migrants heading to the US who refused to be recruited.