Refugees stuck in Nauru are pinning any hope they have left on the foreign leaders, delegates and media who this week attended the Pacific Islands Forum.

All say they can see no end in sight to their detention and feel utterly helpless that their futures lie in the hands of the Australian and Nauru Governments.

RNZ has been told stories of children setting themselves on fire as a last resort to leave the island, young adults losing their will to live at all, and older refugees with health issues unable to get the help they need.

These are people who feel like they are watching life slipping them by.

Mehdi wants kids, but he and his wife don't want to have them in this place.

"I came from Iran and arrived in Nauru Island September 5, 2013. I became a refugee after a year living in the tents."

His story is like so many others living in Nauru.

"We don't have a future here," said Elnaz.

Her hands shook as she told her story.

"You don't know our feeling," she said. "Five years I live with my brother. In just one room we sleep together."

She wants normal things, a social life, to go to a gym.

All the refugees on Nauru have spent time in a refugee processing centre - dubbed the RPC camps - where asylum seekers are put until they secure their refugee status.

There they live in tents, are allowed no more than two-to-three minute showers. Many of the children don't have any shoes.

Helia was ten when she arrived at the RPC 3 camp. 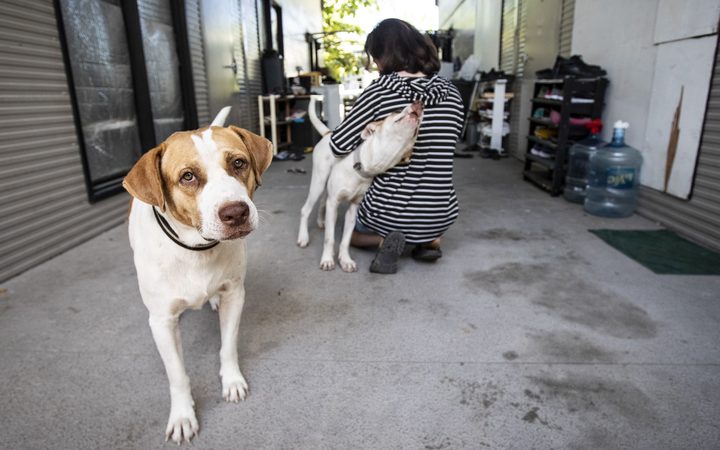 "I remember my parents talking, they told us 'three months in camp and then you'll be happy to go'. And then when three months was over, it was five months, and everyone was angry and then scared.

"And then they told us we have to stay in there for five more years, just like that." 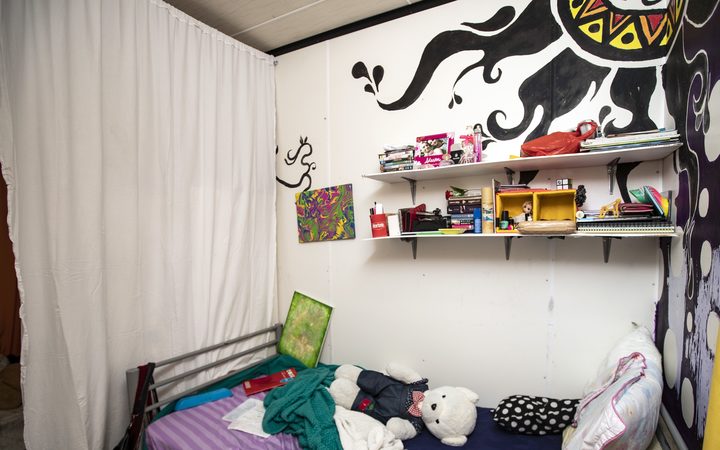 The bedroom of 15-year-old refugee Helia, in the Nibok refugee settlement. She spends all her time here, and has installed a sheet to provide some privacy in a tiny space from her 22 year old sister. Photo: New Zealand Herald/ Jason Oxenham

Helia said it's now been five years and she doesn't know what's going to happen, or if anyone is going to take her and her family or not. 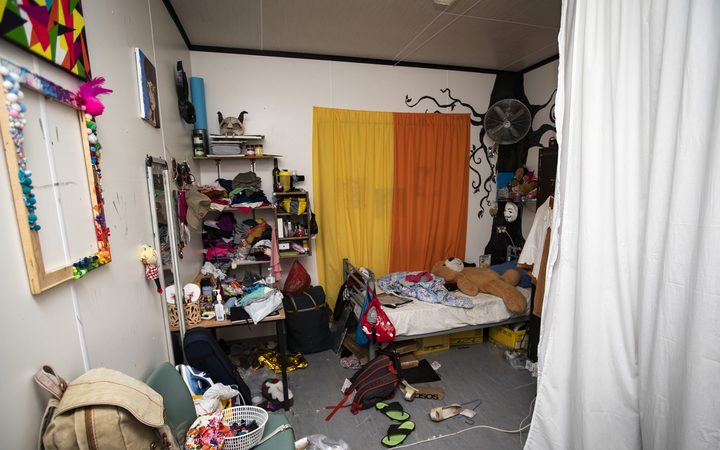 Her friend Pari spent two years in the RPC3 camp, and has now lived in a community camp with her family for the past three.

"I don't have any hope but my case manager and other people, they say 'oh you will go!' but it's just lies. I don't think I will be able to go," she said.

The pair are now 15 and the only two left of the friends they'd made on the island.

Their Myanman friends have gone to the United States. But because these girls are Iranian they say they have been rejected due to strict US border controls.

They did have other Iranians in the group, who they say have made it to Australia - but only because they took drastic measures.

This is not a unique story for children being held on the islands Australia pays to run detention centres and refugee camps. 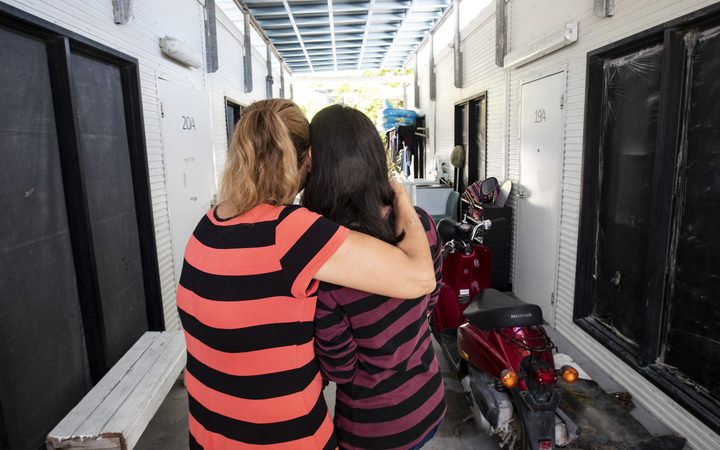 A joint report published by the Refugee Council of Australia and the Asylum Seeker Resource Centre earlier this week detailed extreme cases of adult and child trauma, with experts saying it's worse there than in war zones or refugee camps around the world.

Pari told a story of her and her mother watching a man douse himself with petrol when they first arrived at the camp they now live in.

"The man was on fire and he was screaming and the Australian people they were just watching him. And instead of calling the ambulance they called the police to come and take him. It was really hard, and I think I was only 10 or 11 years old."

The 900 or so refugees left on Nauru are now pleading with New Zealand - or anywhere else - to take them, with many saying they don't want to go to Australia because of the way they've been treated by that country's government.

New Zealand's offer to Australia to take 150 refugees from Nauru and Manus Islands remains on the table, but the Prime Minister Jacinda Ardern says it remains one for them to take up.