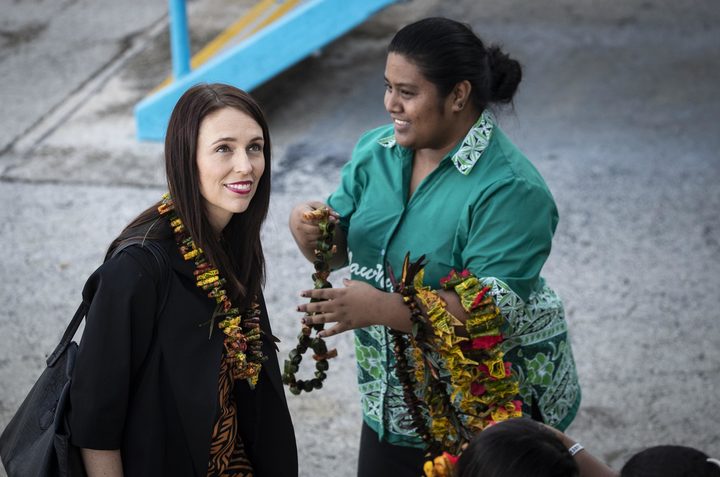 Ms Ardern was in the country to attend the Pacific Islands Forum, but the issue of asylum seekers detained there on the behalf of the Australian government was also raised.

Ms Ardern had said she wanted to see what life was like for the refugees, but before leaving Nauru confirmed she hadn't had direct meetings because she didn't want to raise expectations.

"I do get letters from refugees here - I have had stories come in to me that way and I've read those letters, I've replied to them.

"But I was worred about raising those expectations."

For years New Zealand has offered to accept 150 of the refugees, but Australia is prioritising a deal with the United States.

"This is a very unique set of circumstances - there are a number in fact the majority of refugees who are settling in the community that have their children in school that are employed but equally are in a state of limbo," she said.

"We are doing all we can. We've made the offer, it's a genuine offer, Australia knows that that's on the table."

The Prime Minister said she met with the likes of agencies and others working with refugees.

"No matter where you are in the world as a refugee I think it's that state of limbo - not knowing where you'll be in the longer term - that I can absolutely understand is hugely unsettling," Ms Ardern said.

"I did ask questions about mental health issues and certainly I think there's an acknowledgement those issues exist."

Ian Rintoul from the Australia's Refugee Action Coalition said Ms Ardern should keep making the offer to the Australian government to 150 refugees.

"That is the way we're going to find there'll be pressure on both Nauru and Australia to do the right thing."

Ms Ardern described the newly signed Boe Declaration at the Pacific Islands Forum as the most significant statement on regional security by Pacific leaders in a generation.

It addresses new challenges for the region, including cybercrime and trans-national crime, she said, and also places emphasis on climate change.