A powerful earthquake has struck the Japanese island of Hokkaido causing landslides and damaging homes, with at least eight people known to have died. 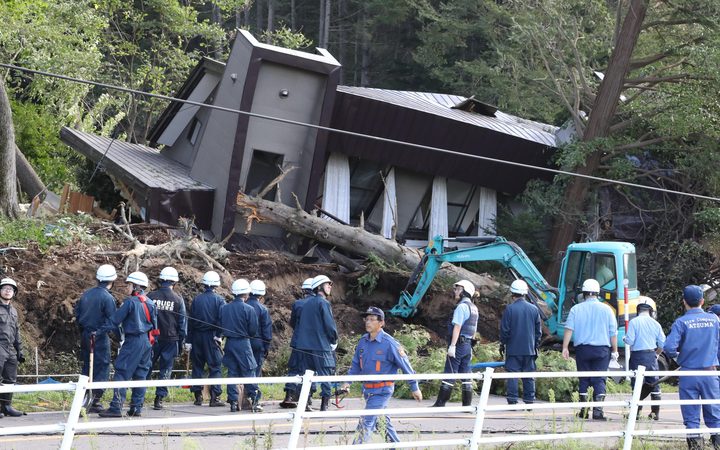 Police officers and fire crews at at a collapsed house in Atsuma, Hokkaido Photo: AFP / Yomiuri

The quake, which struck at early Thursday morning had a magnitude of 6.7, the Japan Meteorological Agency (JMA) said.

The US Geological Survey, which put the magnitude at 6.6, said the quake was centred 68km southeast of Sapporo, Hokkaido's main city, and was 33km deep.

At least two people are now known to have died and 30 are missing after the quake.

New Zealand's Embassy in Tokyo said there was no information to suggest any New Zealanders had been caught up in the quake at this stage.

The quake knocked out power, buckled roads and damaged buildings.

The International Tsunami Information Centre said there was no tsunami threat from the earthquake.

A row of houses could be seen slanting at odd angles, leaning against one another in one town, while roof tiles and water covered floors at New Chitose Airport. Many schools were closed, and some 2.95 million homes were without power, Japanese broadcaster NHK said. 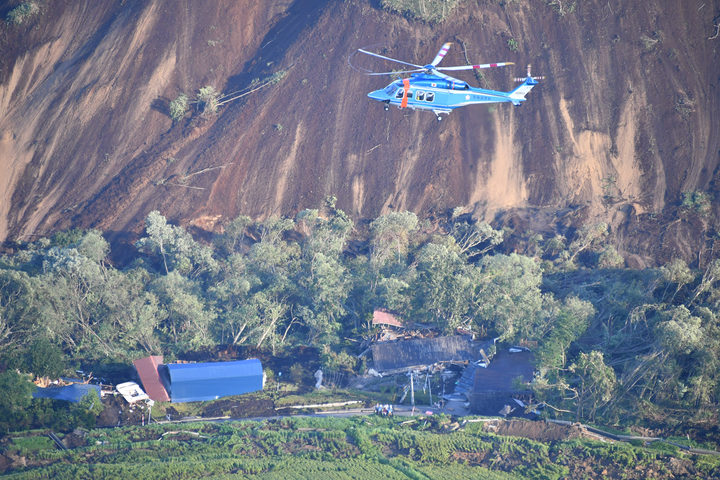 Landslides at Atsuma, Hokkaido, after the earthquake. Photo: AFP / Yomiuri

There were reports that people are trapped in collapsed buildings and the town of Atsuma has been badly hit by landslides.

A landslide along a long ridge in the rural town of Atsumi could be seen in aerial footage from public broadcaster NHK. Some 10 people had been taken to hospital with injuries, one of them serious, it said.

There were widespread power outages and blocked roads, NHK said, but no early reports of deaths. A man suffered cardiac arrest after falling down the stairs, local media reported.

An official speaking on NHK says the extent of the damage was becoming clear.

NHK showed a brick wall collapsed and broken glass in a home and quoted local police as reporting there had been power outages and some people trapped in collapsed structures.

Kenji Yamamoto, an official in Noborito, told NHK there were no reports of injuries or death in that town.

It's not yet known how many people may have been injured.

Operator Hokkaido Electric Power Co reported no radiation irregularities at the plant, which has been shut since shortly after a massive 2011 earthquake, Mr Suga said.

A fire broke out at a Mitsubishi Steel plant in the city of Muroran but has largely been brought under control, NHK said, quoting local officials.

A series of smaller shocks, including one with a magnitude of 5.4, followed the initial shake, the Meteorological Agency said. An agency official warned residents to take precautions for potential major aftershocks in coming days.

Shinkansen bullet trains were halted in some areas of Hokkaido, NHK said. 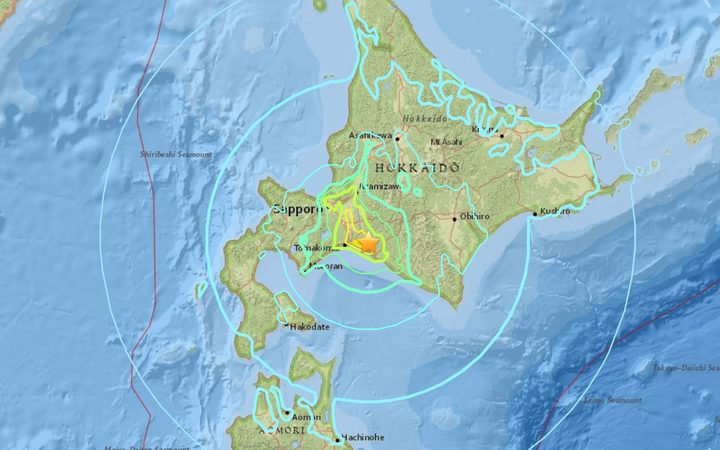