The world's tallest statue is nearing completion in India. 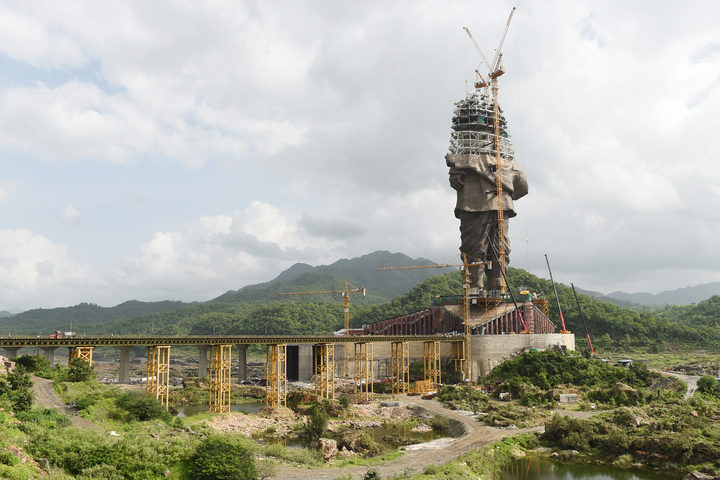 It is designed to be a 182m (600ft) high tribute to Sardar Vallabhbhai Patel, a hero in India's independence struggle, in Gujarat state.

The Spring Temple Buddha in China is currently the world's biggest statue at 128m.

The "Statue of Unity", as it is known, will be inaugurated by the Indian leader on 31 October.

Mr Patel was a deputy to India's prime minister after independence in 1947.

The nationalist was known as the "Iron Man of India" after he persuaded feuding states to unite and become part of the Indian state after independence.

Many Hindu nationalists feel his place in history was overlooked in favour of the Nehru dynasty, which came to dominate Indian politics. 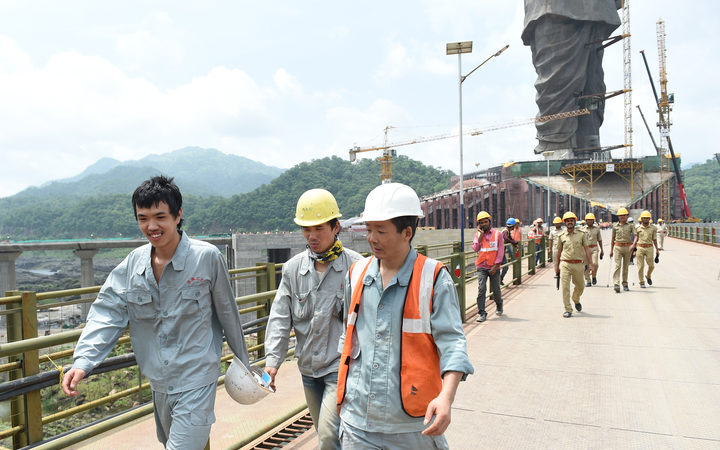 Once completed, the bronze-clad statue - which was begun in 2013 - will be nearly twice as tall as New York's Statue of Liberty.

It is hoped the site will become a significant tourist attraction for the country's western-most state.

More than 2500 workers are working to get the statue ready in time, with several hundred migrant labourers from China also contributing to the efforts.