A tax evasion amnesty in India has prompted people to declare more than NZ$13 billion in undeclared income and assets. 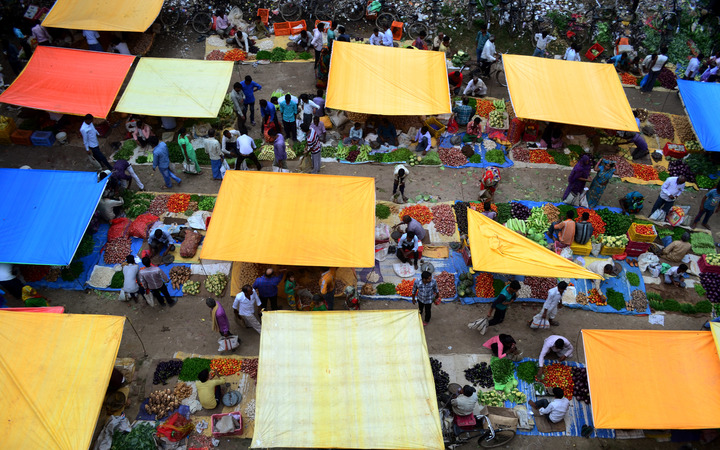 Those who came forward during the amnesty included street food vendors. Photo: AFP

All were offered immunity from prosecution in return for paying tax, a surcharge and a penalty.

It is estimated that the government could raise more than $6bn from the scheme.

Undeclared income or 'black money' is a huge issue in India.

The government contacted about 700,000 suspected tax evaders earlier this year, urging them to declare hidden income and assets.

They were told they would not be pursued by the authorities if they came clean and paid a penalty.

Those who came forward included a group of street food owners in Mumbai who are said to have declared more than $10 million.

BBC Delhi correspondent Sanjoy Majumder said that despite the huge numbers, the amount declared is only a fraction of the country's undisclosed earnings.

It does not account for money stashed in Swiss banks and overseas tax havens, which some government investigators believe amounts to around $500bn, he said.

During India's 2014 elections, Prime Minister Narendra Modi promised to crack down on corruption and black money.

In a series of tweets on Saturday, he declared the amnesty "successful", saying it was "a great contribution towards transparency and growth of the economy".

The government said the money raised would be spent on public welfare.

Authorities have been under pressure to act following the release of the so-called Panama Papers in April that lifted the lid on how the rich and powerful use tax havens to hide their wealth.

About 500 Indians were among those named.