The United States' decision to end all funding to the UN's Palestinian refugee agency has been criticised as a 'flagrant assault against the Palestinian people'. 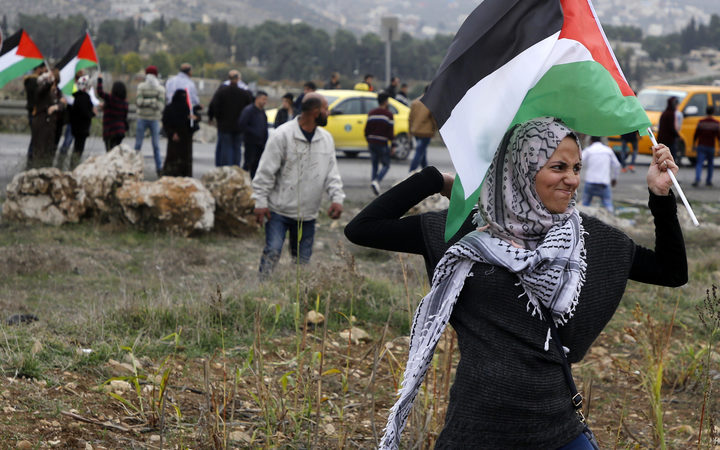 The US has been the largest donor to the United Nations Relief and Works Agency (Unrwa) - but said the organisation was "irredeemably flawed".

Palestinian President Mahmoud Abbas's spokesman has called the move a "flagrant assault against the Palestinian people".

However, an Israeli official said: "Israel supports the US move".

What did the US do?

The US has been the largest single donor to Unrwa, providing $368m ($NZ556m) in 2016 and funding almost 30 percent of its operations in the region.

But in January, the administration of President Donald Trump withheld more than half of its planned funding to Unrwa, saying it would keep back $65m unless the body carried out "reforms".

On Friday, the US state department said in a statement that "the US will no longer commit further funding to this irredeemably flawed operation".

Why did the US cut funding?

The state department said the US had shouldered a "very disproportionate share of the burden of Unrwa's costs" and the international community should contribute more.

It also said it was unhappy Unrwa had kept expanding the number of people eligible for assistance and said its business model was "simply unsustainable and has been in crisis mode for many years".

This links to a wider disagreement over which Palestinians are refugees with a right to return to the homes they fled following the 1948 Arab-Israeli war.

The UN said there were about 5 million Palestinian refugees, including the descendants of people who fled the 1948 war.

However, the US and Israel disagree with how this number is calculated.

President Trump previously tweeted that the US had not received "appreciation or respect" for the aid it provided, and that the Palestinians were unwilling to negotiate with Israel.

US ambassador to the UN, Nikki Haley, said earlier this week: "There's an endless number of refugees that continue to get assistance, but more importantly, the Palestinians continue to bash America."

The state department said it remained "deeply concerned regarding the impact upon innocent Palestinians, especially school children, of the failure of Unrwa".

The organisation's chief spokesperson Chris Gunness told the BBC the impact of the US move would be devastating.

"It's likely to be widespread, profound, dramatic and unpredictable because, let's make no mistake, some of the most marginalised and fragile and vulnerable communities in the Middle East are going to likely suffer because of this."

"We do assistance to disabled refugees, to women, to vulnerable children. The list goes on and, as I say, the impact on them is likely to be utterly devastating."

Germany's foreign ministry has said it would increase contributions to Unrwa to try to maintain stability.

Palestinian officials have condemned the US move.

A spokesman for President Abbas said the decision was in "defiance of UN resolutions", and would not change the fact that the US "no longer has a role in the region" and "is not a part of the solution".

The Palestinian Liberation Organization said a statement that the cut was "a cruel and irresponsible move targeting the most vulnerable segment of Palestinian society".

Palestinian officials have already accused the US of pro-Israel bias, especially after Mr Trump recognised Jerusalem as Israel's capital and opened a US embassy in Jerusalem, despite the city being claimed by both sides.

The move overturned decades of US neutrality on the issue and attracted international criticism.

What is Israel's position?

Israeli Prime Minister Benjamin Netanyahu has previously called for Unrwa's funding to be cut gradually and its responsibilities transferred to the UN's global refugee agency.

An official in Mr Netanyahu's office said "Israel supports the US move".

"Consolidating the refugee status of Palestinians is one of the problems that perpetuates the conflict."