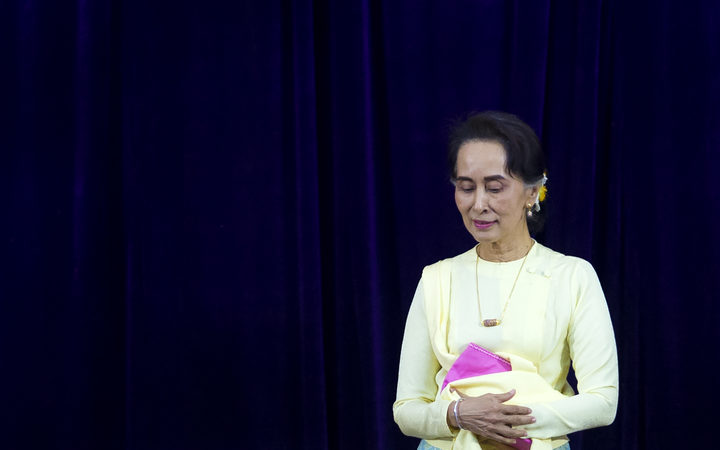 His comments come after a UN report said Myanmar's military leaders should be prosecuted for possible genocide.

Myanmar rejected this, saying it had no tolerance for human rights violations.

The army - which has been accused of systematic ethnic cleansing - has previously cleared itself of wrongdoing.

The UN report blamed Ms Suu Kyi, a long-term leader of the pro-democracy movement, for failing to prevent the violence.

"She was in a position to do something," Mr Hussein told the BBC. "She could have stayed quiet - or even better, she could have resigned."

"There was no need for her to be the spokesperson of the Burmese military," he said. "She could have said look, you know, I am prepared to be the nominal leader of the country but not under these conditions."

Yesterday, the Nobel committee said Ms Suu Kyi could not be stripped of the Peace Prize she was awarded in 1991.

While it is acknowledged that the 73-year-old does not control the military, she has faced international pressure to condemn the army's alleged brutality.

Thousands of people have died and more than 700,000 Rohingya have fled to neighbouring Bangladesh since August 2017.

The Rohingya are a Muslim minority in majority-Buddhist Myanmar, where they are considered illegal immigrants from Bangladesh despite calling the Rakhine state home for generations.

There have also been widespread allegations of human rights abuses against the persecuted group, including arbitrary killing, rape and burning of land over many years.