A senior UN official has condemned another deadly Saudi-led coalition air strike in Yemen, which killed at least 22 children and four women. 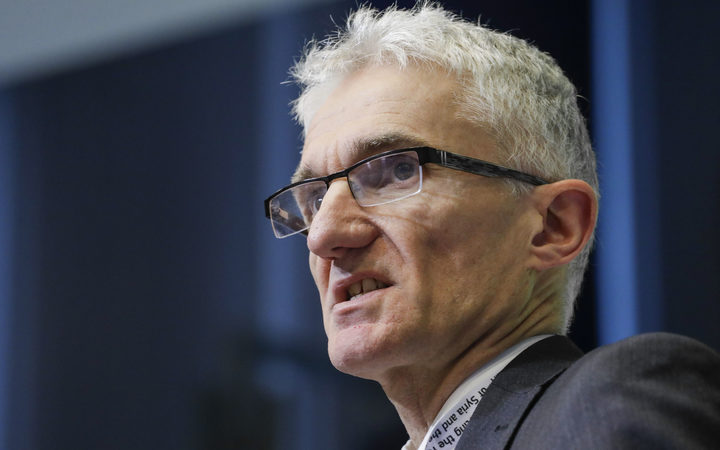 The victims were fleeing fighting in the al-Durayhimi district, south of the port city of Hudaydah, when their vehicle was hit on Thursday.

It comes just weeks after a strike on a bus killed over 40 children.

The Saudi-led coalition, which is backing Yemen's government in a war with the Houthi rebels, has yet to comment on the latest deaths.

However, it responded to the news of the deadly bus attack in the northern province of Saada earlier this month by saying that its actions were "legitimate".

It insists it never deliberately targets civilians, but human rights groups have accused it of bombing markets, schools, hospitals and residential areas.

The first reports of the strike emerged in Houthi rebel media, which broadcast graphic footage of what it said were victims and aftermath of the strike late on Thursday.

Mr Lowcock's statement on Friday confirmed that the victims had been fleeing violence around the rebel-held port city Hudaydah.

He renewed calls for an impartial and independent investigation into air strikes. A report by Human Rights Watch the same day accused the Saudi-led coalition of failing to hold "credible" investigations into such incidents.

The reported attack was condemned by Unicef, Save the Children and other international organisations.

In June, Saudi-backed forces launched an operation to recapture Hudaydah, amid warnings from aid agencies of a humanitarian catastrophe. The port is the main entry point for aid for rebel-held areas of Yemen.

Deadly air strikes in Yemen are not uncommon, but the strike on a bus of children on an outing on 9 August drew particularly strong condemnation.

The bus was parked at a market when it was hit, killing dozens.

Rights groups have since criticised the role of governments who provide arms to Saudi Arabia, after CNN reported that the bomb used in the attack was supplied by the US.

The coalition against the rebels receives logistical and intelligence support from the US, UK and France.

Yemen has been devastated by a conflict that escalated in early 2015, when Houthi rebels seized control of much of the west of the country and forced President Abdrabbuh Mansour Hadi to flee abroad.

The fighting and a partial blockade by the coalition has also left 22 million people in need of humanitarian aid, created the world's largest food security emergency, and led to a cholera outbreak that is thought to have affected a million people.