A showdown for the leadership of the Liberal Party early this afternoon may seal the political fate of Malcolm Turnbull and decide who becomes the next Australian prime minister. 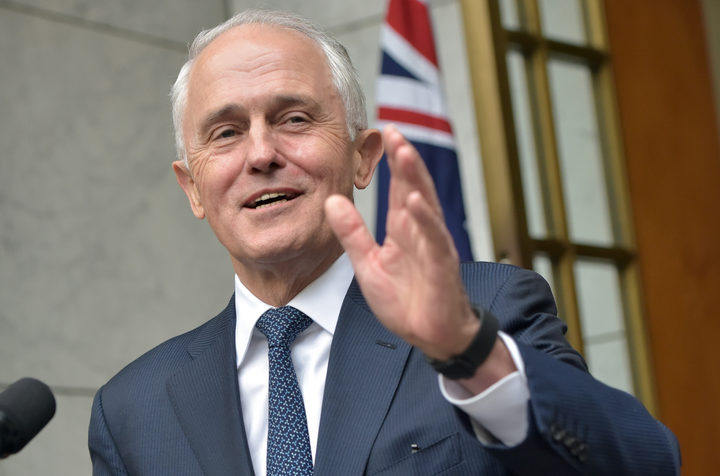 The three leadership aspirants - Peter Dutton, Julie Bishop and Scott Morrison - are still waiting for the Solicitor-General to decide whether Mr Dutton is even eligible to sit in Parliament.

Late on Thursday night it was also unclear whether a majority of Liberal MPs had signed a letter calling for another spill - a condition imposed by Mr Turnbull to oust those willing to knife him.

Even those in Mr Dutton's camp were unwilling to say they had enough votes to force the spill and the Prime Minister has not yet received the letter, which still remains unsighted.

But momentum for change continues to build, with even those strongly opposed to a vote admitting the party must heal its wounds and end disunity. 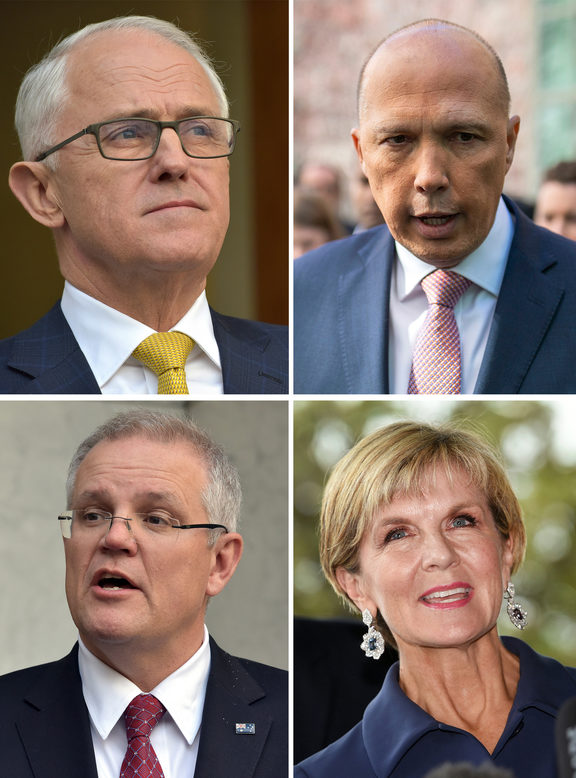 If Mr Turnbull does call the noon (2pm NZT) meeting it will mark his final day as prime minister, having failed to serve an entire term in office.

Adding to the intrigue is uncertainty about who will become deputy Liberal leader, with Josh Frydenberg and Steve Ciobo considering a tilt, and Greg Hunt repeatedly declining to rule out entering that race.

Many Liberal MPs openly admit they don't have a clue about who will be the prime minister and leader of their party by early afternoon.

"Until we have generational change inside politics and the next generation of politicians come through … I sadly think we are going to see more of the same," he said.

If, as expected, Mr Turnbull does not survive the day, no prime minister will have lasted a full term since John Howard lost the 2007 election.

Another Turnbull supporter, Darren Chester, apologised to voters and said they "deserve better than many of the things our Federal Parliament has served up in the past 10 years".

But conservative MPs maintain the only way to be competitive at the next election, particularly in Queensland, is to ditch Mr Turnbull, who they think is not right wing enough.

"In order to win elections, you have to start by securing your base and reaching out across the spectrum to a broad section of the community," ACT senator Zed Seselja said.

"It is very, very difficult to win an election without your traditional supporters behind you.

"That is one of the reasons that a number of people have come to the conclusion that Peter Dutton is the best man to lead us."

Mr Dutton's supporters dismiss the constitutional questions hovering over their man as a desperate attempt to undermine his challenge.

The Solicitor-General has spent the night considering whether Mr Dutton's financial interest in two childcare centres that receive government subsidies makes him ineligible to sit in Parliament.

That legal advice is expected to be delivered to Mr Turnbull at about 8.30am local time and if the Commonwealth's top legal advisor expresses doubts about Mr Dutton's eligibility, that could damage his chances.

Late on Thursday night, Mr Dutton published legal advice from David Bennett QC arguing there was no breach of the constitution.

Senator Seselja said the claim had already been tested in Senate estimate hearings and on the floor of Parliament.

"It was well known to the government and the Opposition, yet they didn't bring it to the Parliament," he said.

Mr Turnbull's warning he will quit Federal Parliament if he loses the election has upset some of his colleagues.

In a thinly-veiled swipe at his predecessor Tony Abbott, Mr Turnbull said history proved sitting on the backbench was not a good option.

But some in the party worry that any quick resignation will trigger a by-election, which could quickly force a general election before the party is ready.

"You can't demand support from your people and then when the time comes for your support, decide that you've had enough of the show," former deputy prime minister Barnaby Joyce said.

"We gave him support and we expect that back."