By Laura Tingle, chief political correspondent for the ABC's 7.30 programme.

Analysis - "Never try to appease a blackmailer," someone noted earlier this week. 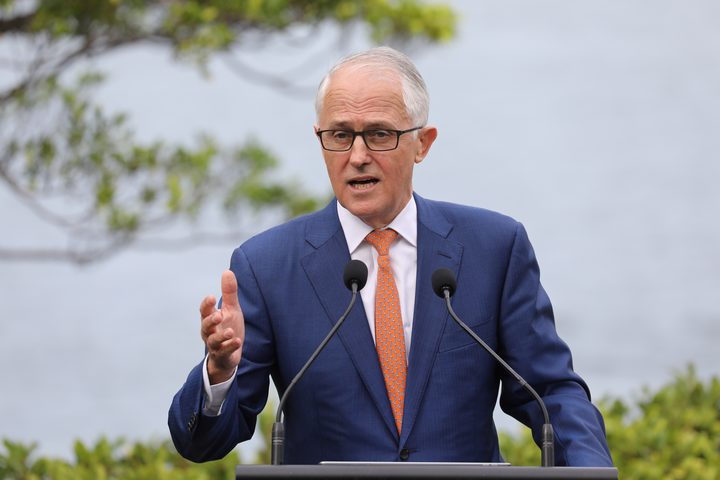 And it appears that Malcolm Turnbull's attempts to continually shift ground since becoming Prime Minister in 2015 to accommodate the angry conservative wing of his party have left him mortally wounded just under three years later.

The result has been that he has not been able to win back the centre of Australian politics - which was his political brief when a resentful but desperate party voted for him instead of Tony Abbott.

But at the same time he has never been able to appease the conservative rump who consistently threatened - or destabilised - his policy positions, constantly moving the goal posts further to the right every time they had a win.

Moving to appease his colleagues got few plaudits, but was instead portrayed as a sign of his weakness.

Just a week ago the Prime Minister was able to win the overwhelming support of his party room for his energy policy.

Yesterday, he felt compelled to declare the leadership vacant in a desperate attempt to head off a challenge from Peter Dutton.

The idea of such moves - practised by a number of his predecessors including Bob Hawke and Julia Gillard - is that you call on a vote before a likely challenger has been able to collect enough numbers to be a real threat.

The expectation had been that the Dutton forces might seek to bring on a leadership challenge on Tuesday afternoon, or possibly Thursday.

There is blood in the water

But the pre-emptive strike by the incumbent rarely works, partly because in bringing on the challenge you are admitting you are in big trouble.

Sometimes you can last a few more months - as both Bob Hawke and Julia Gillard managed - but the second strike has an air of inevitability about it.

There is blood in the water and the entire political apparatus, notably the media, is on the scent.

The margins in these first strikes seem to get smaller.

When the first leadership vote occurred between Bob Hawke and Paul Keating, the incumbent scored 60 percent of the vote.

Before that vote, the analysis was that this would be sufficient to see off Mr Keating.

As soon as the raw numbers came out, however, the analysis was it was not enough and that Mr Keating would, eventually but certainly, be back.

As have all the challengers since.

Watch out for more resignations

The split between Mr Turnbull and Mr Dutton, after he put up his hand without having warned the Prime Minister that he would do so, was just 48-35 (with Arthur Sinodinos still absent on sick leave).

Mr Dutton's vote was at the top of expectations and has buoyed what has now become a much clearer cabal behind him, who now believe he is within striking distance of another challenge which can be successful.

It is normal for a contender to resign his front bench position.

The real question for now becomes how many other ministers also feel compelled to resign.

The size of the vote for Mr Dutton suggests that at least some of it must have come from the front bench.

The resignations are a good marker of the speed with which events unfold from here.

Mr Turnbull can try to stick it out, hoping the rush of blood to the head that has hit his colleagues, subsides.

But his next choice will be what to do if, as is increasingly being expected, there is a second tilt later this week.

One option would be to up camp and go home - resigning from the Parliament, leaving the new leader without a majority.

In turn, this would almost certainly give Mr Dutton any excuse he needed to go to the Governor-General and call an election.