US President Donald Trump's ex-lawyer, Michael Cohen, is said to be "more than happy" to speak to the inquiry into alleged collusion with Russia. 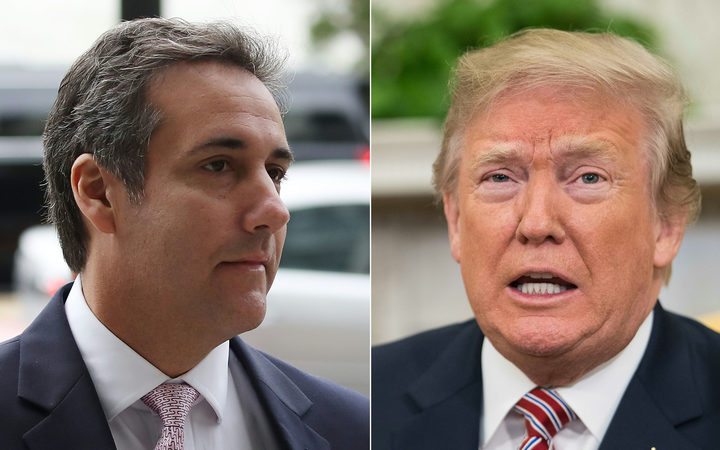 Michael Coden, left, pleaded guilty to violating finance laws at the direction of "the candidate" - a reference to Donald Trump. Photo: AFP

Cohen is ready to "tell everything about Donald Trump that he knows", his personal lawyer, Lanny Davis, said.

Mr Trump has argued that Cohen had made up stories in order to get a deal.

The president denies there was any collusion with Russia to get him elected.

"If anyone is looking for a good lawyer, I would strongly suggest that you don't retain the services of Michael Cohen!" he tweeted.

Cohen has been Mr Trump's personal lawyer for more than a decade and once famously said he would "take a bullet" for the president.

He said he had paid hush money to two women who alleged they had affairs with Mr Trump, at the direction of "the candidate" - a clear reference to Mr Trump.

Cohen said the payment was made for the "principal purpose of influencing [the 2016] election".

Cohen has reached a plea deal with prosecutors, which may see his prison sentence reduced from 65 years to five years and three months.

It was the first criminal trial arising from the justice department probe, led by former FBI chief Robert Mueller.

Mr Mueller has been investigating allegations of Russian interference in the 2016 US presidential election, and whether the Trump campaign conspired with Russia to swing the election in his favour.

Russia has denied claims it interfered in the elections. 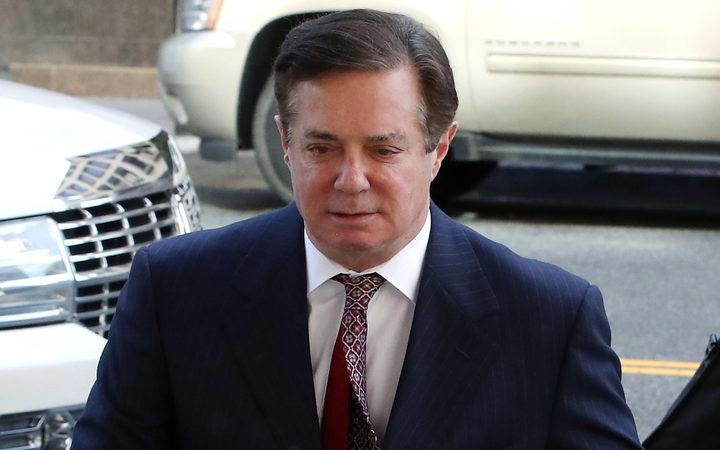 Mr Trump has responded to both the Cohen and Manafort cases with a series of tweets criticising Cohen and praising Manafort.

"I feel very badly for Paul Manafort and his wonderful family," he wrote, adding that he respected how Manafort "refused to 'break'" despite being subjected to a "witch hunt".

He was referring to how Barack Obama's 2008 campaign was fined $375,000 for failing to report some campaign donations within 48 hours - although experts at the time said the violations were relatively minor given the size of the campaign.

Cohen also recorded a conversation with Mr Trump two months before the election in which they discussed buying the rights to a kiss-and-tell story by former Playboy model Karen McDougal, who says she had an affair with Mr Trump.

Undisclosed payments to bury embarrassing stories about a political candidate can be treated as a violation of US campaign finance laws.

Cohen's lawyer Lanny Davis has asked why the US president should not be prosecuted for the crimes Cohen had confessed to committing on his behalf.

What does Cohen know, and will he talk to Mueller?

There is no confirmation that Cohen will speak to Mr Mueller's Russia inquiry.

However, Mr Davis says his client is "more than happy" to talk, and has knowledge of whether Donald Trump knew in advance about the computer hacking which undermined his opponent, Hillary Clinton.

In summer 2016, embarrassing emails and documents hacked from the Democratic National Committee (DNC) server were made public, through Wikileaks and similar channels.

Russian intelligence officers have since been charged in absentia by the US authorities with hacking the DNC using malicious software.

Cohen also has knowledge, Mr Davis said, of a meeting at Trump Tower in New York in June 2016 between Trump campaign aides and a Russian delegation which was promising political "dirt".

The well-documented meeting at Trump Tower between Mr Trump's son, Donald Trump Jr, and a Russian lawyer is a focus of the Mueller inquiry.

Mr Trump Jr went into the meeting in the belief that he would be offered "official documents and information that would incriminate" Mrs Clinton.

Under US campaign law, it is illegal for a US citizen to solicit foreigners for campaign donations or contributions - although legal experts are divided on whether the offer of information counts as such.

President Trump has denied knowing in advance about the meeting, which he nonetheless defended as a "meeting to get information on an opponent, totally legal and done all the time in politics".

However, according to US media, Cohen has said that Mr Trump had known about the meeting beforehand and that he is willing to state this to the Russian inquiry.

Could Trump be tried?

Mr Trump has admitted reimbursing Cohen for paying one of the women, having earlier denied any knowledge of it.

But Rudy Giuliani, a lawyer for Mr Trump, told reporters there had been "no allegation of any wrongdoing against the president" in the charges against Cohen.

In any case, Mr Trump is unlikely to face criminal charges as long as he remains president, legal experts say.

What is conceivable is that he could be sacked by Congress under the US constitution's provision for impeaching a president over "high crimes and misdemeanours".

For that to happen, Mr Trump's opponents in the Democratic Party would have to win control of both houses.

Even if they did well in the mid-term elections in November, they would almost certainly need to persuade members of Mr Trump's Republicans to change sides over the issue.

No US president has ever been removed from office on the basis of impeachment.