Madonna has hit back at critics who claimed her tribute to Aretha Franklin at Monday's VMAs was self-indulgent. 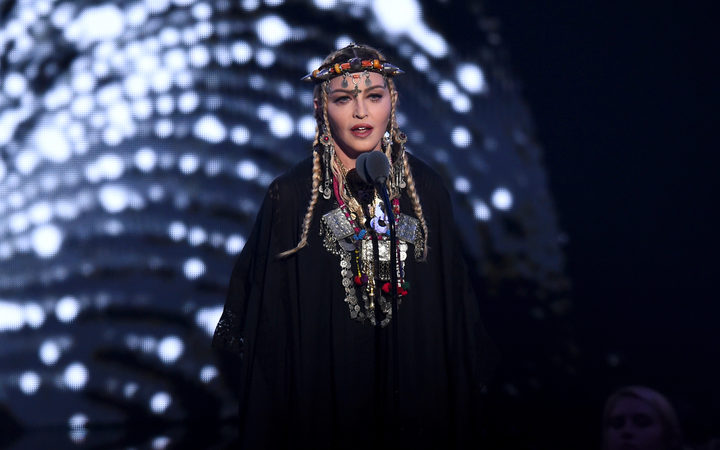 The singer posted on Instagram explaining that she had been asked to share "any anecdotes I had in my career connected to Aretha Franklin".

In the post, Madonna went on to accuse people of having "short attention spans" and being "quick to judge".

The 60-year old delivered a five-minute speech ending with her giving thanks to Franklin for "empowering all of us".

But her speech at the awards ceremony in New York didn't go down well with some viewers who thought she spoke too much about herself and too little about the late Queen of Soul.

Madonna said: "I did not intend to do a tribute to her! That would be impossible in 2 minutes with all the noise and tinsel of an award show. I could never do her justice in this context or environment."

The singer, who celebrated her 60th birthday last week, had faced criticism on social media following her VMA appearance for the fact most of the speech was an anecdote about her own career.

Im sorry, I love Madonna...but her telling a 5 minute story about herself was not the right time to honor Aretha Franklin. Wow..... So shocked. #vmas

Madonna talking about guitar lessons, Paris baguettes and her ass hanging out while she looked for a stiletto with the image of Aretha Franklin behind her is everything I expected from the #VMAs

In the monologue, Madonna talked about an audition at the start of her career when she sang Franklin's (You Make Me Feel Like) A Natural Woman.

She told the audience about how she auditioned for "two very large French record producers" who "did not take me seriously".

She continued: "And why should they? Some skinny ass white girl is going to come up here and belt out a song by one of the greatest soul singers that ever lived, a capella?"

Madonna went on to describe how the producers didn't call her for weeks but said they wanted to take her to Paris to make her a star.

"And the rest is history.

"She led me to where I am today, and I know she influenced so many people in this house tonight, and I want to thank you Aretha for empowering all of us. R-E-S-P-E-C-T. Long live the queen."

One Twitter user spoke for many when he wrote: "This ain't about Aretha at all."

This ain't about Aretha at all. #VMAs

Madonna also presented the top award of the night, for video of the year, to Camila Cabello for Havana.

Arriving on stage, she bowed down to Madonna and dedicated the award to the 60-year-old pop legend.

Camila Cabello got on her knees and praised Madonna and dedicated her undeserved Video of the Year award to her......after Madonna just gave a self-indulgent "tribute" to Aretha Franklin.

And that describes how #VMAs treated Black artists the entire night...

It was one of two big awards for Cabello - she was also named artist of the year.