India's armed services are stepping up efforts to rescue thousands of people stranded by flooding in southern Kerala state that has killed 324 people. 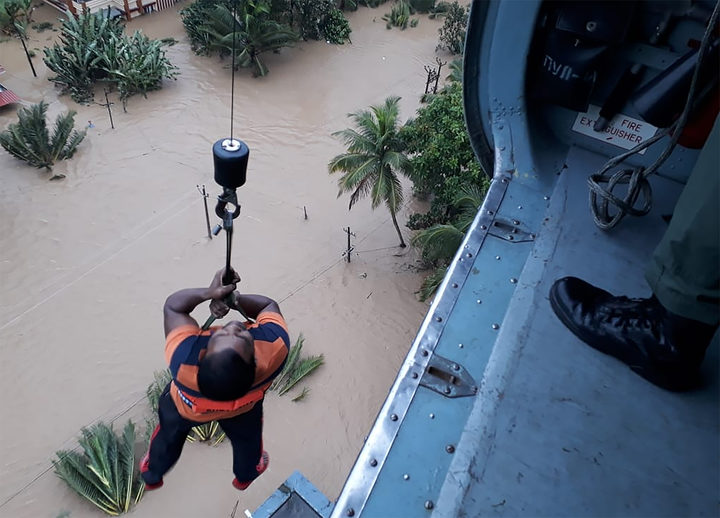 A man being winched to an Indian Air Force helicopter as he is evacuated from a flood affected area in the southern state of Kerala. Photo: AFP / Indian Defence Ministry

Hundreds of troops, and dozens of boats and helicopters are helping to evacuate people from what officials say is the worst flooding there in a century.

Many people are still believed to be trapped on rooftops of flooded homes.

There are fears the situation may get worse with more heavy rain and strong winds forecast over the weekend.

Nearly 1000 people have died in total since India's rainy season began in June. 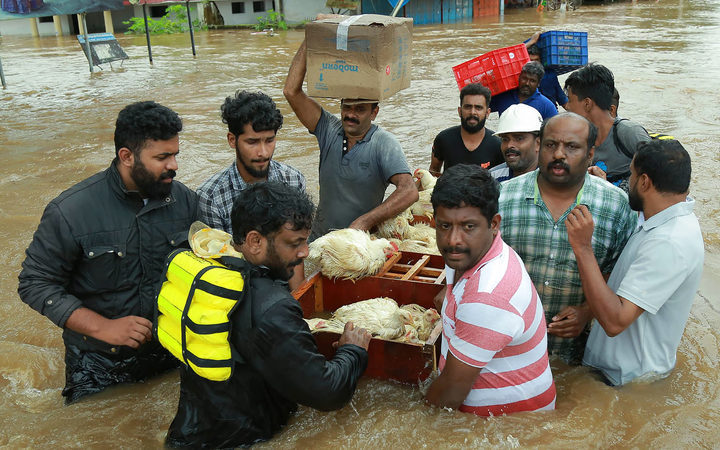 An Indian poultry farmer and his friends take a batch of hens to a safer place at Aluva in Ernakulam district Photo: AFP

How bad is it in Kerala?

Kerala's chief minister, Pinarayi Vijayan, says the flooding is the worst the state has seen in 100 years.

In a tweet, he said that more than 314,000 people were now living in more than 2,000 emergency relief camps set up in the area.

But many others remain stuck on trees and rooftops - NDTV says the number is in the thousands, but other news sites puts the figure in the hundreds.

According to The Times of India, at least 10,000 people are stranded in one village alone after all surrounding roads were submerged. 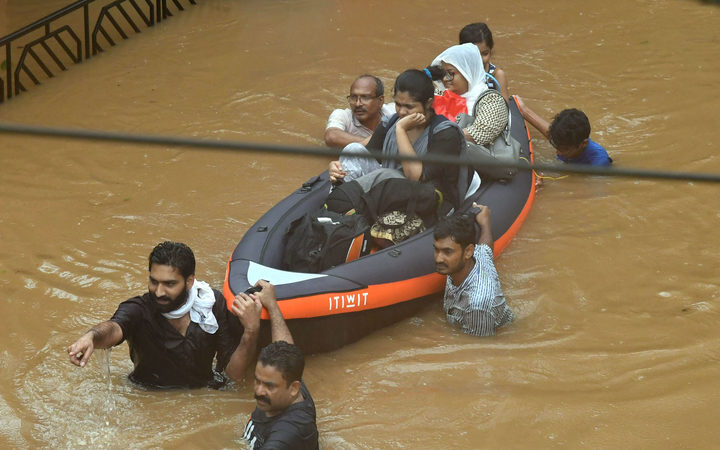 Rescuers wade through the water at Companypady in kozhikode, Kerala Photo: AFP

People who are stuck without electricity and supplies have been resorting to social media to appeal for help and say they have been unable to contact rescue services.

Krishna Jayan, 58, told the BBC she was at home sleeping when her friend woke her up.

"I opened the door and water gushed in," she said. "When we stepped into the street, we were neck-deep in water."

She said locals had tied ropes along the streets to help people walk through the water, allowing her and her friend to reach a bus to escape.

Parts of Kerala's commercial capital, Cochin, are also under water, snarling up roads and leaving railways across the state impassable.

What is being done?

Hundreds of troops are involved in a huge rescue effort, carried out by the army, navy and coastguard, as well as teams from Border Security Force and National Disaster Relief.

Authorities say a total of 38 helicopters and 20 aircraft have been deployed and are helping to airlift emergency supplies to many areas. 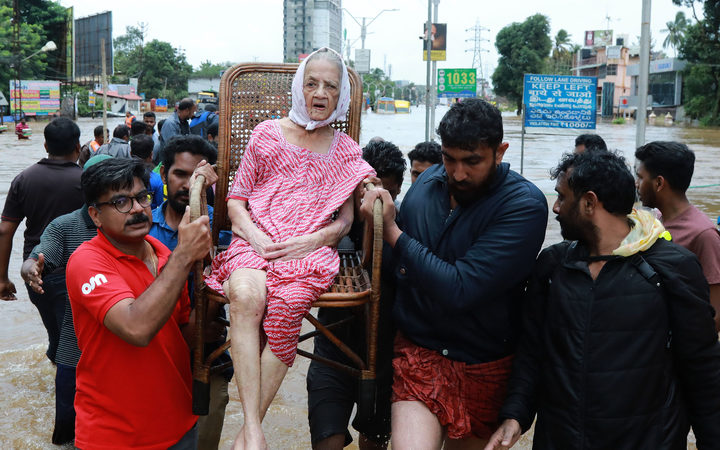 A special train that carries drinking water has also been sent to the state.

Prime Minister Modi flew to Cochin early on Saturday where he chaired a meeting of officials, before conducting an aerial survey of the worst affected areas.

The international airport there is closed because of flooding on the runway.

#WATCH: Prime Minister Narendra Modi conducts an aerial survey of flood affected areas. PM has announced an ex-gratia of Rs. 2 lakh per person to the next kin of the deceased and Rs.50,000 to those seriously injured, from PM’s National Relief Funds (PMNRF). #KeralaFloods pic.twitter.com/T6FYNVLmMu

Anil Vasudevan, the head of the Kerala health disaster response wing, has said they are prepared to help victims and are planning for the risk of water-borne diseases when the flooding recedes.

Why is the situation so bad?

Weeks of heavy monsoon rains triggered landslides and floods. While it is normal for Kerala to get some of the country's highest rainfall during monsoon season, the India Meteorological Department said it had been hit with 37% more than usual because of a spell of low pressure over the region.

Mr Vijayan, the region's chief minister, has said the situation in Kerala has been made worse by neighbouring governments. 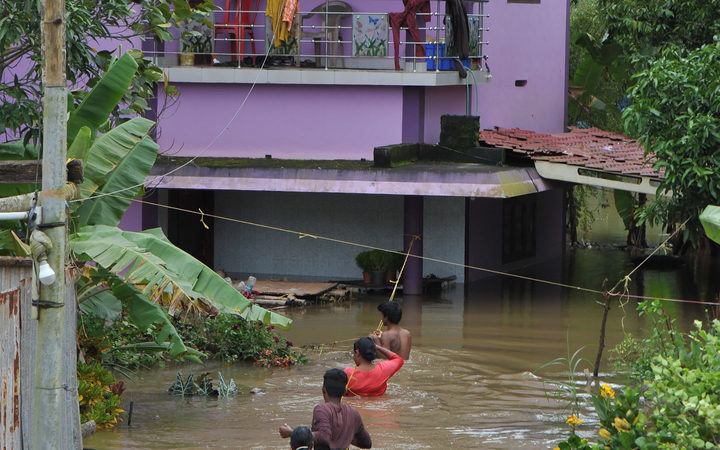 Earlier this week, he and his counterpart in Tamil Nadu had a public spat over the release of water from a dam.

Kerala has 41 rivers flowing into the Arabian Sea, and 80 of its dams are now said to be open after being overwhelmed.

"Almost all dams are now opened. Most of our water treatment plants are submerged. Motors are damaged," Mr Vjayan said.