Flooding caused by heavy monsoon rains in the southern Indian state of Kerala has killed at least 73 people, shut down an airport and displaced more than 85,000 people, officials say. 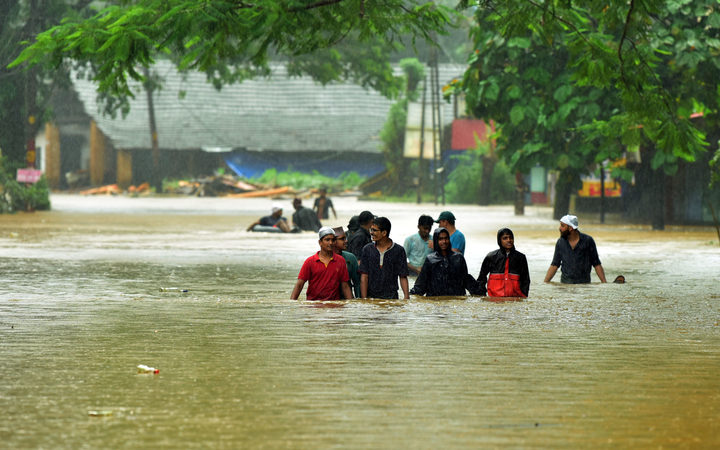 The state government said many of those who died were crushed under debris caused by landslides.

The Cochin International Airport, one of India's busiest, has been shut until 18 August due to a flooded runway.

India's meteorological department has issued a "red alert" in the state.

Rescue operations are under way and the federal government has sent additional forces to assist local efforts.

"We're witnessing something that has never happened before in the history of Kerala," Chief Minister Pinarayi Vijayan told reporters.

"Almost all dams are now opened. Most of our water treatment plants are submerged, motors are damaged."

He added that the failure of the state government of neighbouring Tamil Nadu to release water from a dam had made the situation worse. 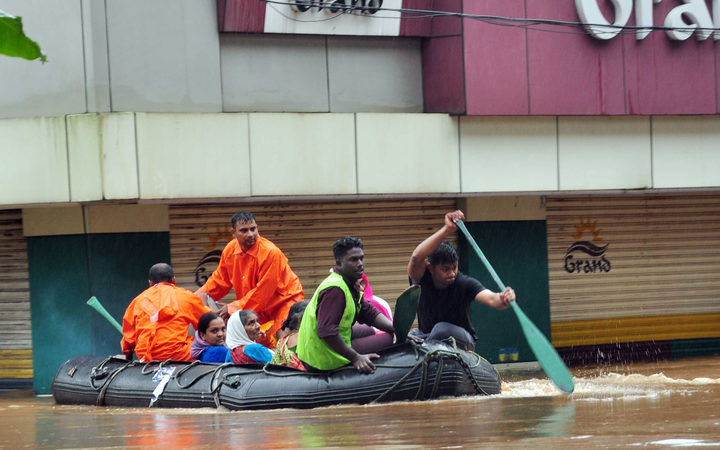 Indian navy and rescue personnel evacuate local residents in an boat at Aluva, in the Indian state of Kerala Photo: AFP

Kerala has 41 rivers flowing into the Arabian sea.

Spoke to Kerala CM Shri Pinarayi Vijayan again this morning. We discussed the flood situation in the state. Have asked Defence Ministry to further step up the rescue and relief operations across the state. Praying for the safety and well-being of the people of Kerala. @CMOKerala

Had a telephonic conversation with Kerala Chief Minister Shri Pinarayi Vijayan regrading the prevailing flood situation in the state. The Centre is rushing additional NDRF teams to Kerala. We are providing all possible assistance. I am in constant touch with Kerala CM. @CMOKerala

Schools in all 14 districts of Kerala have been closed down and some districts have banned tourists citing safety concerns.